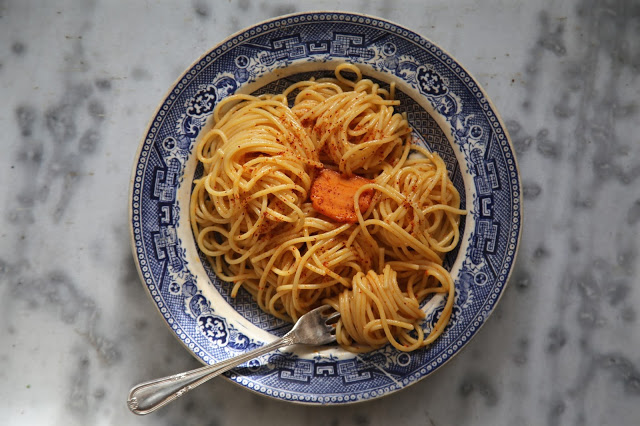 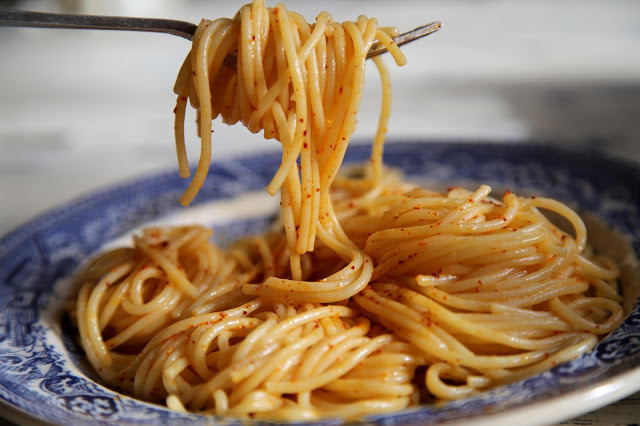 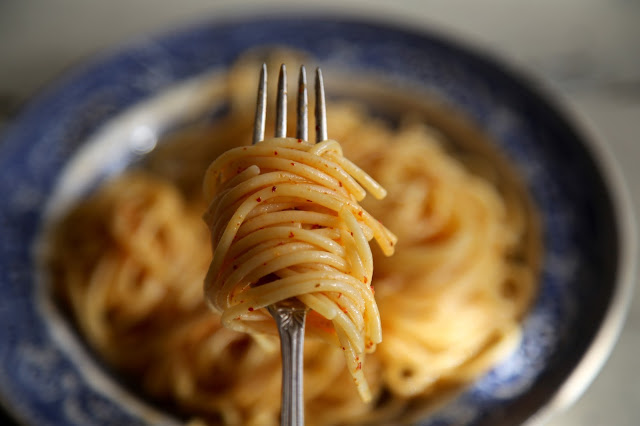 I’m going back to Bordeaux tomorrow. One of the popular ingredients from thereabouts, grown further down the Atlantic coast in the Northern Basque region is espelette pepper. I like it because not only does it give an attractive orange colour to food, espelette is not too hot. It adds flavour, even some acidity rather than a tongue-numbing heat.
After years of touting good sea salt, Pepper is now in my culinary spotlight. And where better to use it than on my favourite serotonin-boosting anti-depressant food, pasta. A few weeks ago I gave a simple recipe for the Roman dish, pepe e cacio spaghetti, or pepper and cheese on pasta, as inspired by the award winning Padella restaurant.
I bought espelette pepper flavoured butter from Bordier, on my recent visit to Bordeaux where I met the French food blogger Anne Lataillaud of Papilles et Pupilles who inspired this pasta recipe. 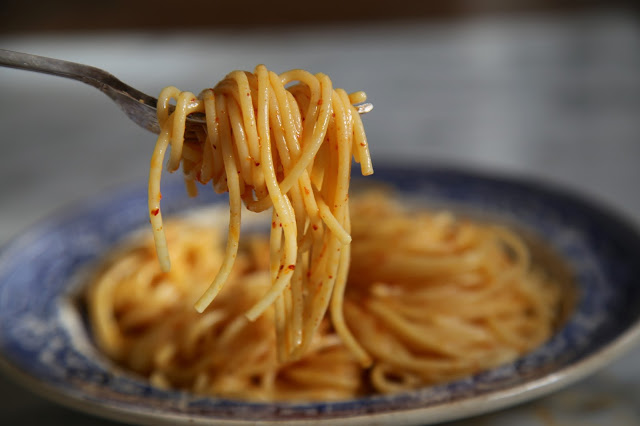 Get the recipe for Spaghetti with espelette butter here.