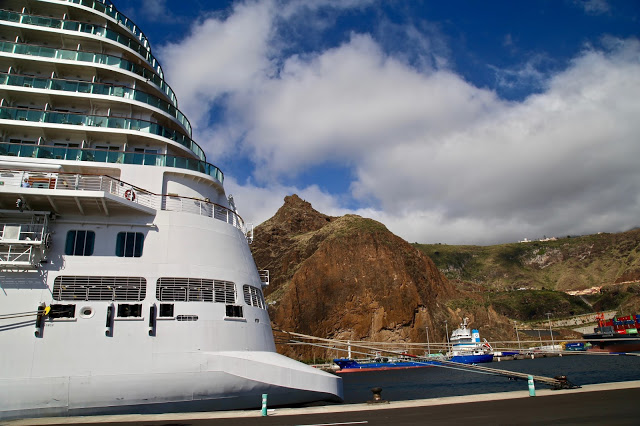 Simply put, geographically, the Canary Islands consist of volcanic bumps poking above sea level. La Palma has a geological phenomenon called ‘La caldera’, the cauldron: in the centre of the spearhead shaped island is the pit of the volcano. I read a whole Wikipedia article on how there is a big split in the middle of La Palma and if it cracks and drops into the sea, it will cause a massive Transatlantic tsunami that will kill everyone in the Canary Islands and probably the East coast of America too. Fun!

Today I woke up at Santa Cruz de La Palma. (I do love waking up to a different port every day.) If you think of the Canaries as a mass market cheap holiday place you are wrong about La Palma, which is chic, elegant and stylish. Dating from the 15th century, it has a colonial vibe with pastel buildings, narrow pedestrianised streets, ornate wooden balconies and fabulous shops. Straight off the boat I bought some pink ballet flats for 8 euros. Hooray.

Cruises are like a mini-variety pack of breakfast cereal. You can try a place, just a little, without too much commitment, see if you like it, make a note to come back (or not) then move on. Cruises seem naff but actually, in principal, they can be cool. Plus places like the Canary Islands really need the business, they depend on tourism.

Again, as I didn’t have much time, I headed towards the central market, then fanned out from there. 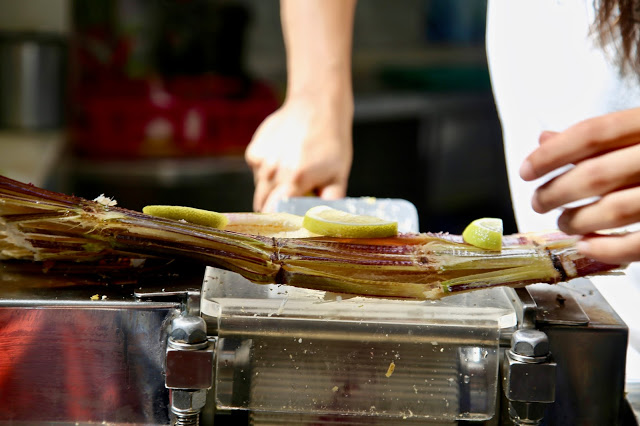 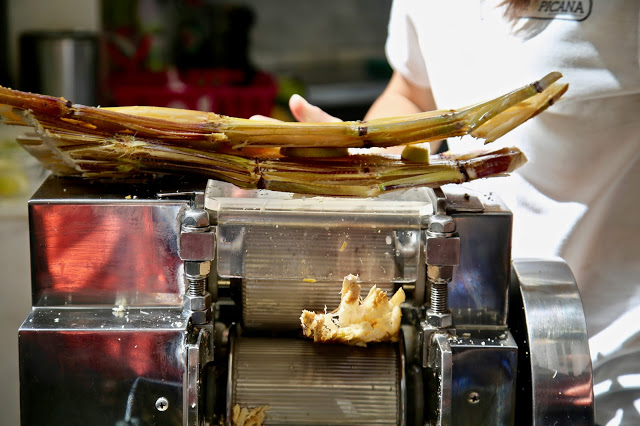 They crush sugar cane with slices of lemon to make a refreshing sweet/sour juice or a cocktail. 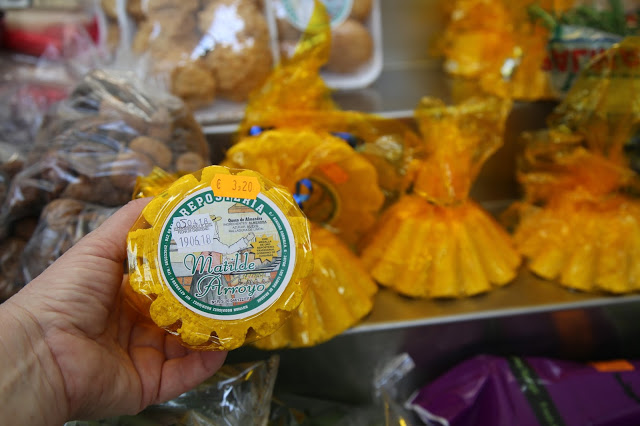 This fluted almond cake is called an almond cheese. Almond trees are plentiful in La Palma so many desserts are almond-based. There is one known as ‘bienmesabe’, which translates to ‘it tastes good to me’. 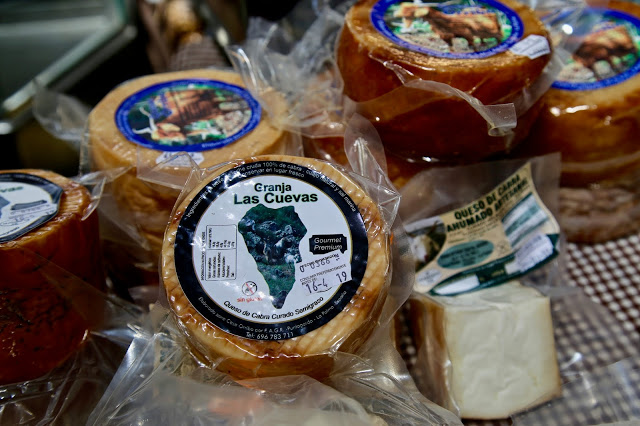 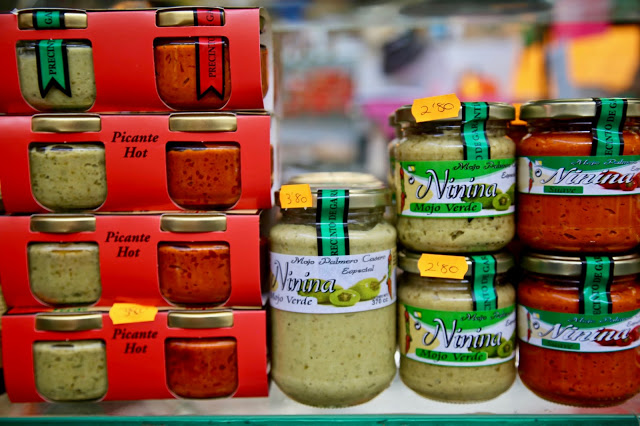 A bar next to the market 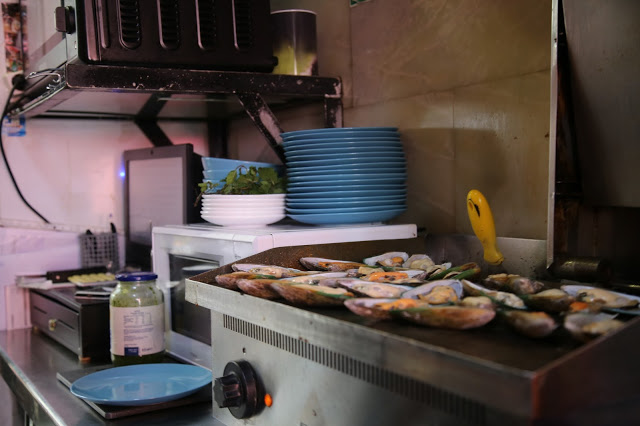 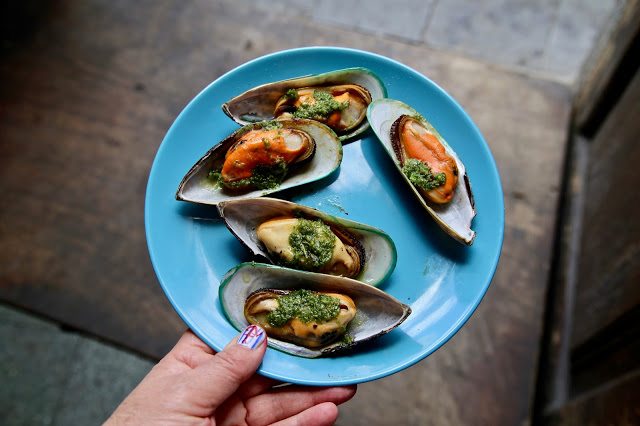 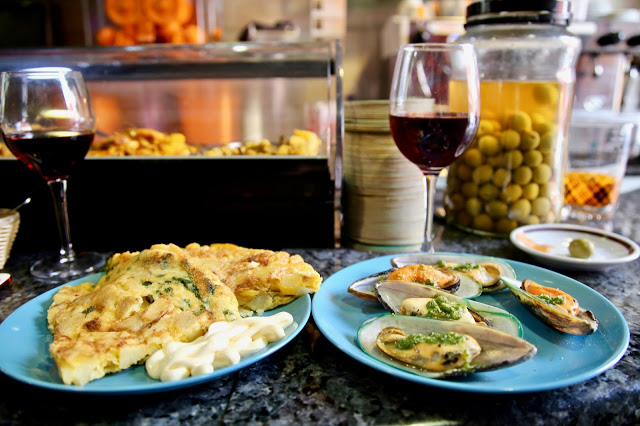 I do not know if I can adequately express how wonderful this tapas bar was. I was ordering tortilla then I spied green-lipped mussels steaming over the coals behind the bar. My sister ordered some, their plump little orange bodies came thickly drizzled with parsley and garlic. 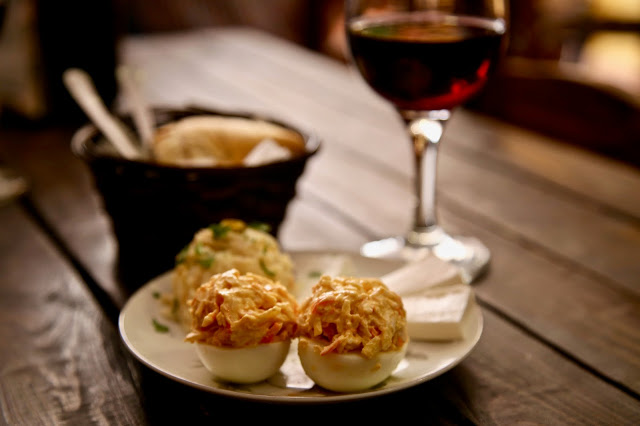 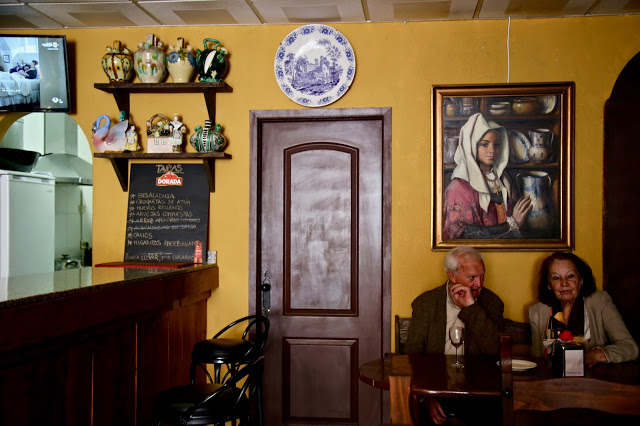 The sign over this small bar down a side street to the sea front, said ‘Sociedad Gastronomica’ but possibly the name is La Rapadura. Not sure. But we were welcomed into this cool sombre cafe, which contained a tableful of fat Canarian men who were serious about their raciones and their tapas.

We ordered some La Palma wine then were presented with a free plateful of cheese, ensalada Russia and tuna filled boiled eggs. That’s how tapas used to be in Spain before they became trendy. 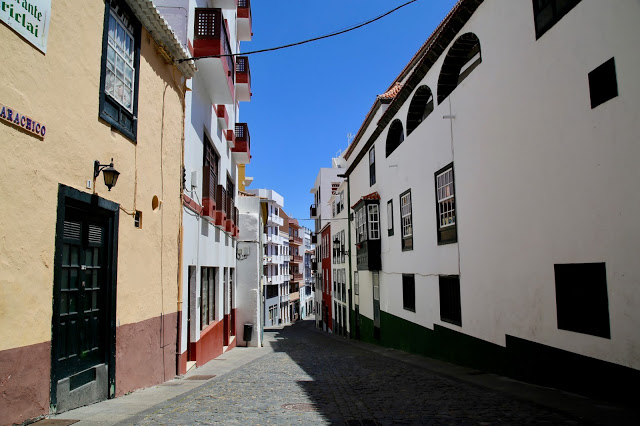 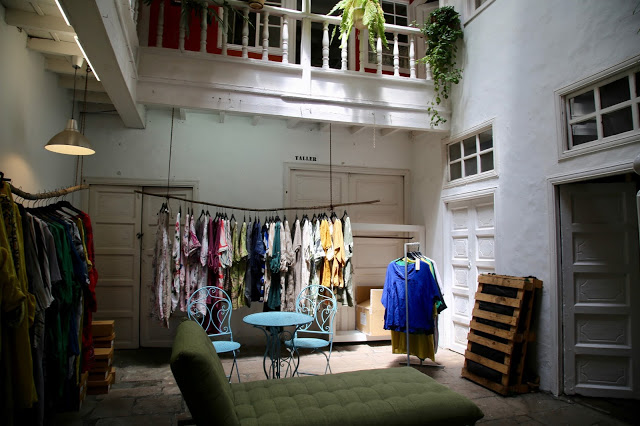 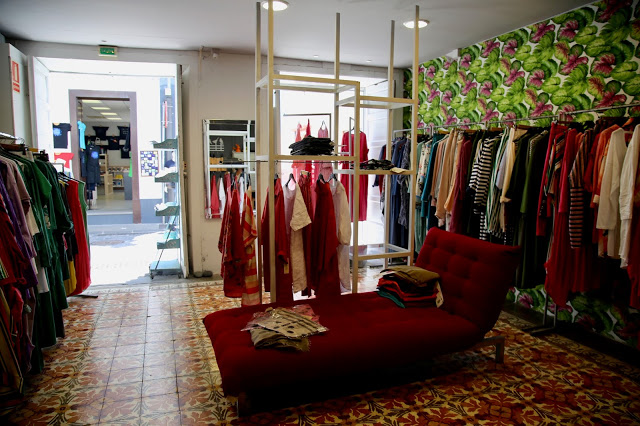 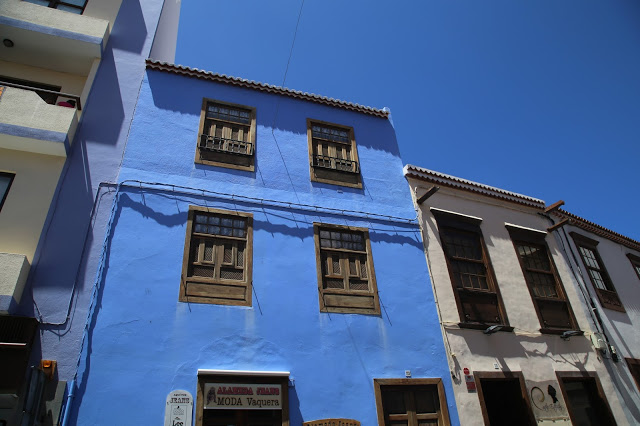 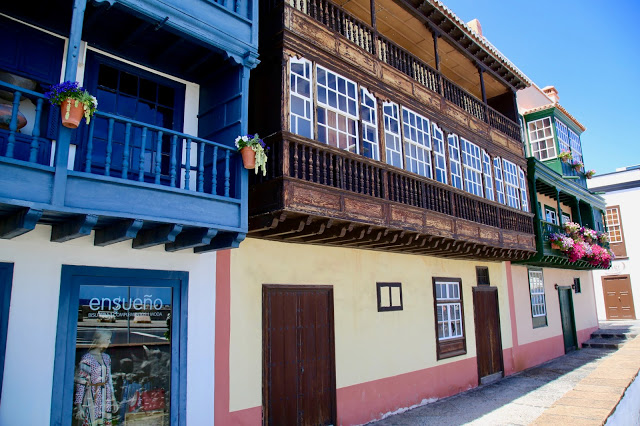 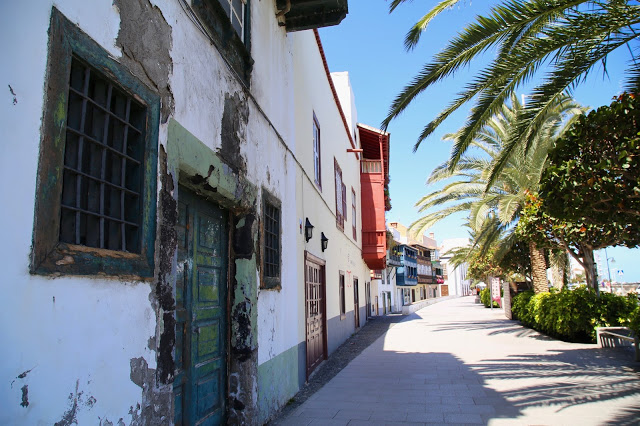 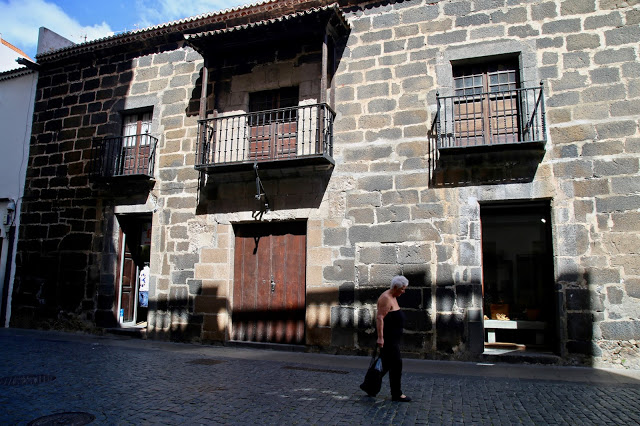