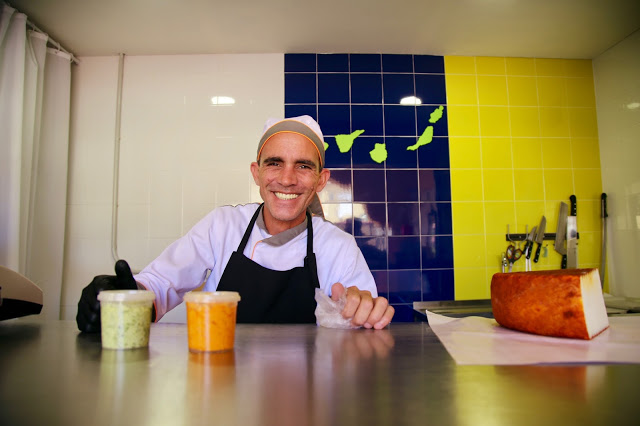 The third stop on our cruise, Tenerife, is pronounced Tenerifay. Just so’s you know. (I didn’t).
Before the Spanish colonised the Canary Islands, they were inhabited by a people known as Guanches, probably Berbers from North Africa. Their influence is still seen in some of the Canarian foodways, particularly the use of ‘Gofio’, a flour, usually corn, which is sprinkled over soup, cereal, drinks. It does sound similar in some ways to the Brazilian ‘farofa’ flour. A coeliac friend of mine said ‘It’s great for gluten-free people too’.
There is a strong influence of Latin America, which can be seen in the abundance of bananas and plantains, used in cookery. Tenerife is the largest Canary Island and was the central staging post for ships crossing to the Americas. Later on, when the new land was looking for emigrants to settle, trade deals exchanged Canarian families for goods.
There are dozens of kinds of potato, another new world crop, some, small and knobbly, clearly original cultivars from Peru. 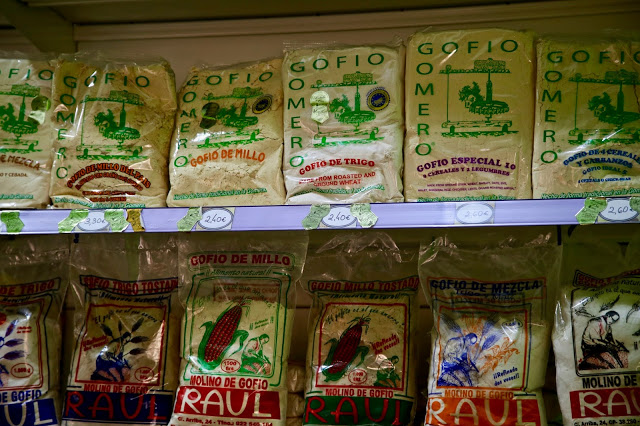 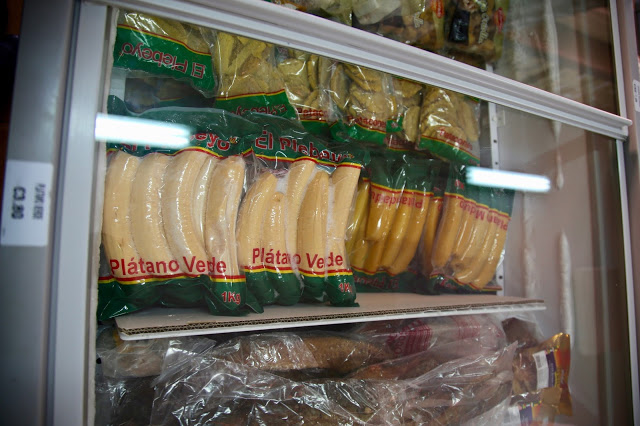 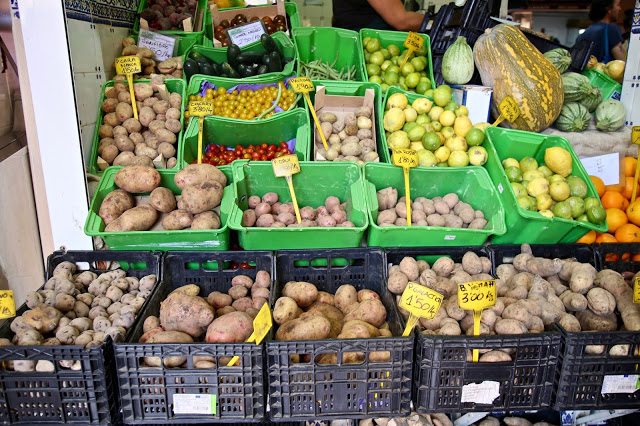 Other foods to try: 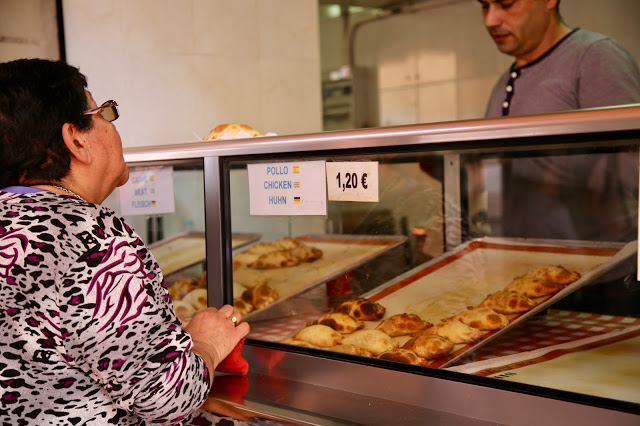 There were queues for empanadas, meat or vegetable filled. There appears to be an unending variety of cheese filled pastries too… 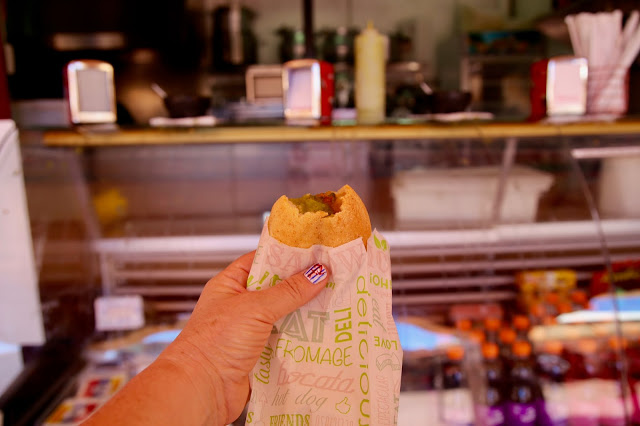 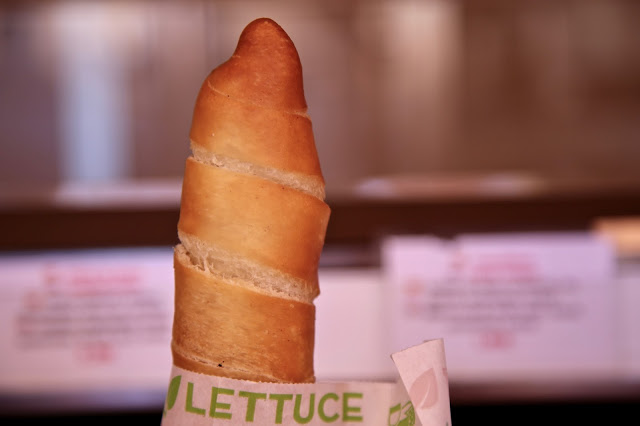 The fish market and restaurants 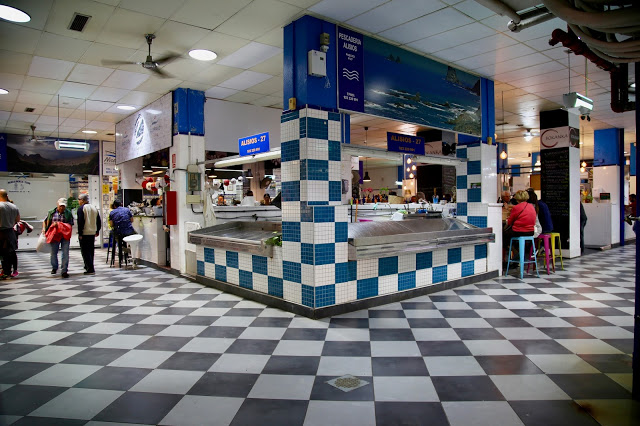 Below the main market is the fish market, which has several tapas and ‘tapas’ (a fusion between Spanish and Japanese tapas) bars. I ate at Bokanka, one of the most famous fish bars. It was crowded considering it was a Sunday afternoon.

Food came on sheets of paper; staff were very friendly. I loved the fact that the chef, just before closing, came around and dolloped left overs on each diners paper mat, it felt like a home restaurant. He didn’t want to waste the food, so he shared it out.

I don’t eat fish very often, on rare occasions when travelling, but the boquerones I ordered were the best I’ve ever tasted. They are fresh from the market and pickled in-house, with an astringent bright green olive oil poured lightly over. Sublime.

I also met a nice couple, one of whom is a food importer, who is trying to spread the word about how fantastic Canarian food and wine products are. One pity is that we could not try Tenerife wine in the market restaurants. This is because a wine stall upstairs has a monopoly and has prevented anybody selling or serving the wine. This is a pity, surely the idea is to get the word out? 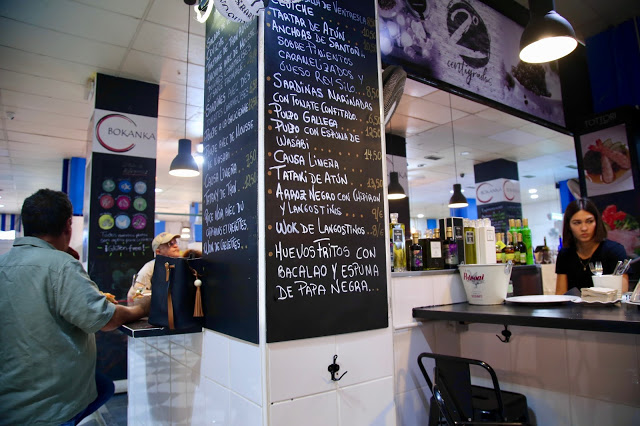 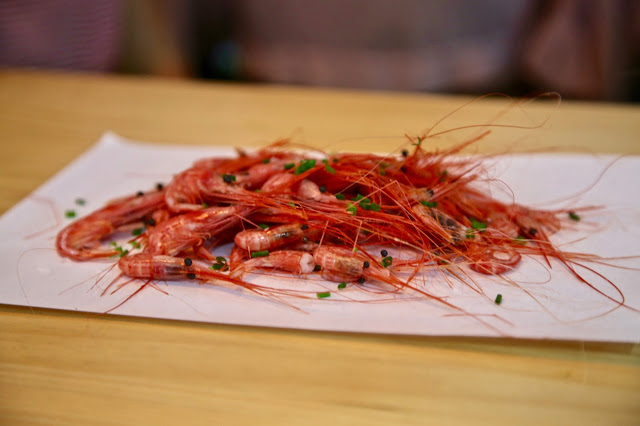 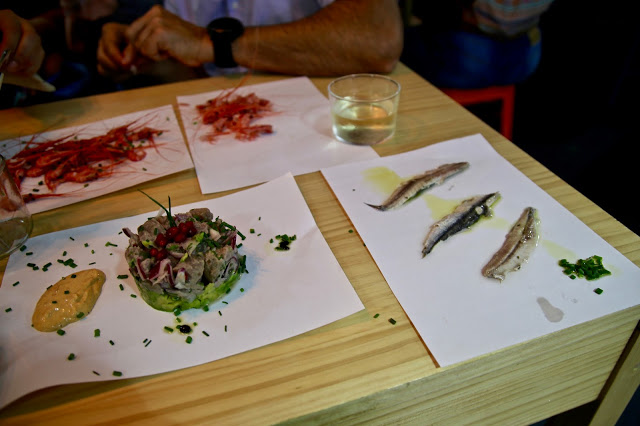 On a Sunday there is a large flea market in the surroundings streets of the food market. I picked up these bread baskets for a euro each. 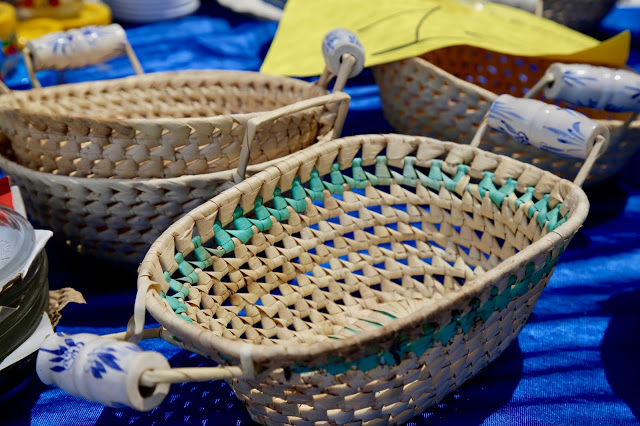 I enjoyed wandering around, checking out the interesting architecture of the Arts Centre, below. Tenerife is very different to its down market, touristy image. 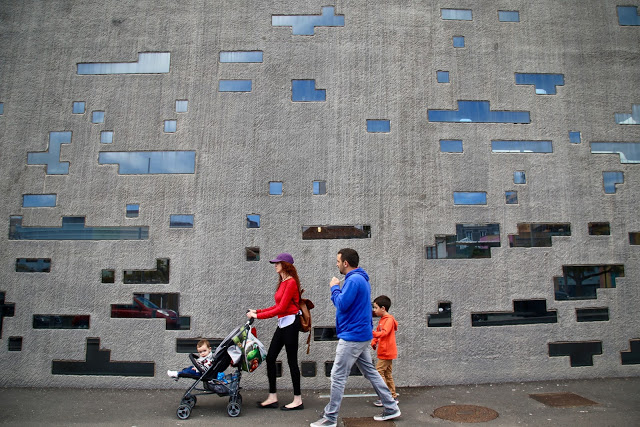 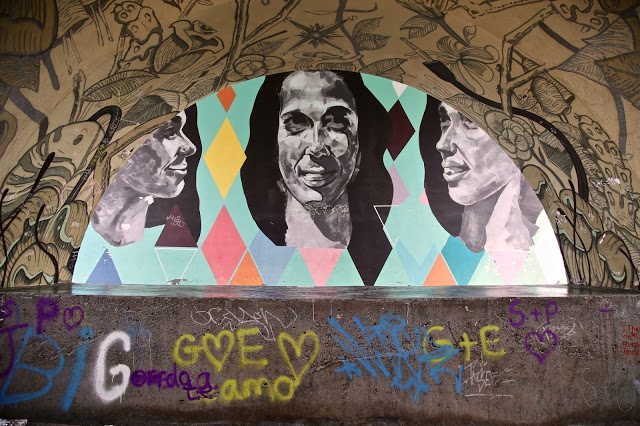 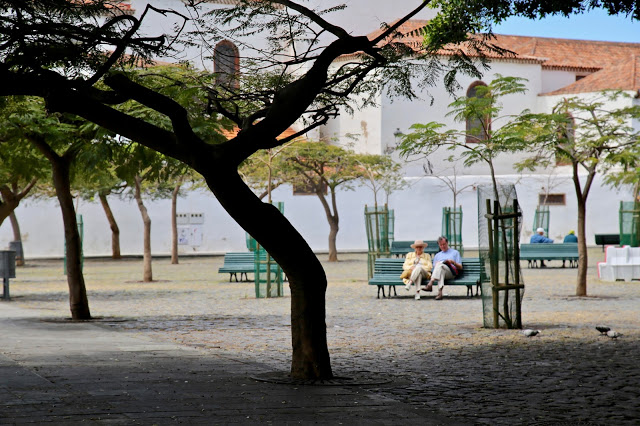 I noticed trees with chocolatey pods, dangling down, unpicked: I asked a couple of ladies if there were carob trees.

Yes.
Do you eat them?
Only during the war. Only very poor, desperate people eat carob.