West Hampstead is not quite Hampstead. It is lower than Hampstead geographically, price-wise and in terms of star power, but way posher than defiantly grimy Kilburn to the west. West Hampstead is smugly surburban, although there is a healthy sprinkle of arty lefty intelligentsia – the dead Doris Lessing and Dusty Springfield; the living Stephen Fry, Emma Thompson and Bill Nighy. The early Rolling Stones had a flat there, the Beatles auditioned (and were rejected) at Decca Records and both Jimi Hendrix and U2 played at The Railway pub.
The village has a long and winding high street, West End Lane, with independent shops amongst the coffee bars and charity shops. Daytimes, there is a fearsome yummy mummy contingent sipping skinny lattes after driving their uniformed progeny to private schools in Hampstead. The downside is the dreadful parking situation: the large houses have all been divided into flats so there are too many cars for the narrow streets. Fortunately the transport links are excellent: the area boasts a tube, an overground and the Thameslink.
West Hampstead has a mixture of chain restaurants, local franchises and some truly unique places worth trying.
Best for… Indian 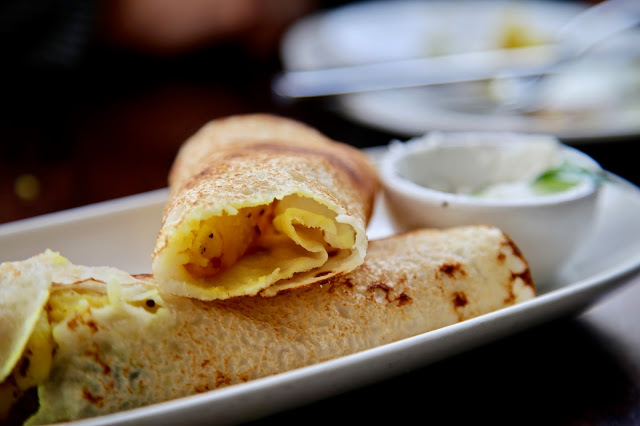 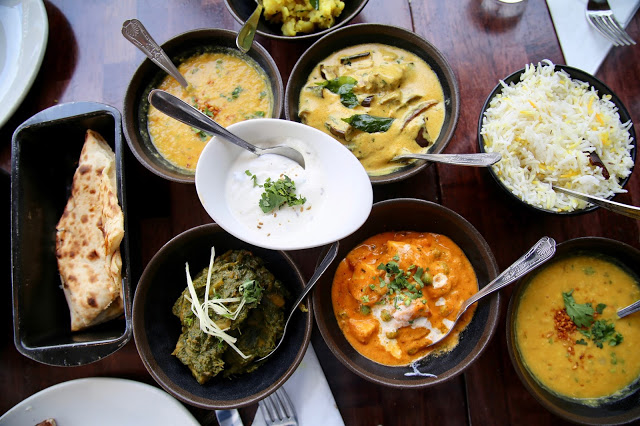 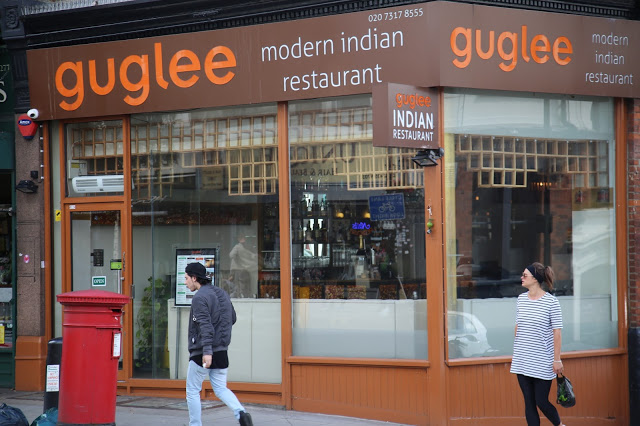 This place describes itself as ‘modern Indian’, which can mean old-fashioned Indian with teeny portions. But we were pleasantly surprised by the menu offerings: authentically and freshly-spiced but not-too-hot dishes, each with a distinctive sauce. 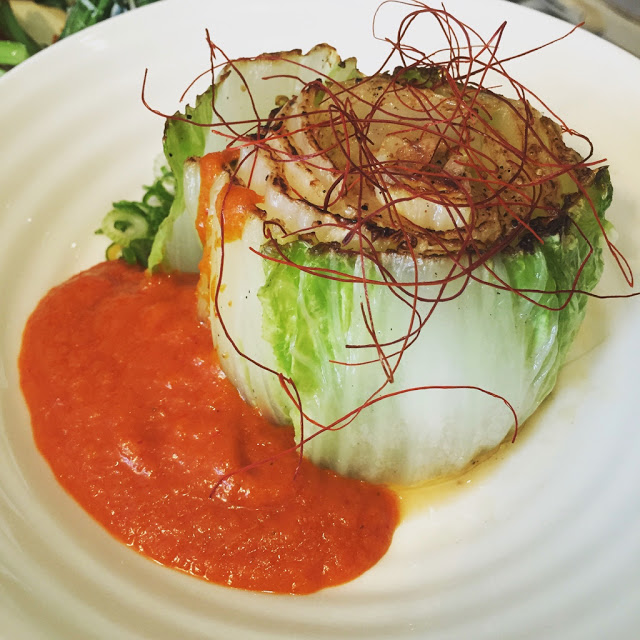 Really superb food from this French-Korean restaurant that combines Western cuisine traditions with Korean ingredients. The prices aren’t low but this is talented cooking. One standout dish was the buttered kimchi cabbage with kimchi sauce, which made us want to stand up and applaud. Chef Jae trained at Nobu and Hélène Darroze, while his wife Yeon does front of house.

Independently owned and run, the Wet Fish Café is a local favourite, serving ‘modern comfort’ food, focussing on British fish, at remarkably reasonable prices. The name comes from the fact that it was a fishmonger prior to being a restaurant, and it retains the characteristic interior, all 1930s tiled walls and high ceilings.

Recommended menu items include Cornish cod in tempura, black beluga lentils and good cocktails. Open for brunch, lunch and dinner, Early Bird menus are £21 for 3 courses. On Wednesdays they have ‘music dinners’ featuring live music, with 3-course menus for a mere £30. On sunny days you can sit outside. 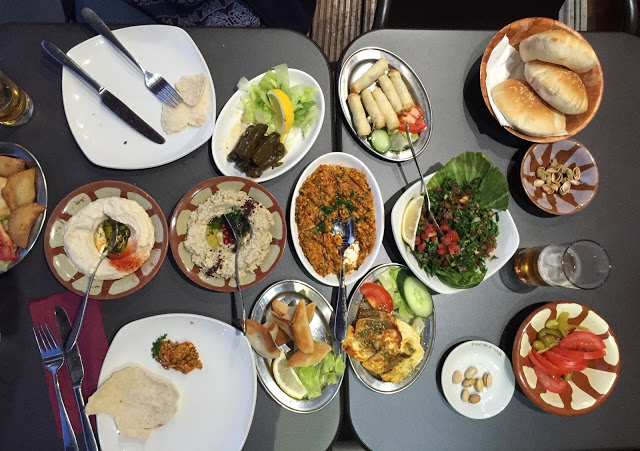 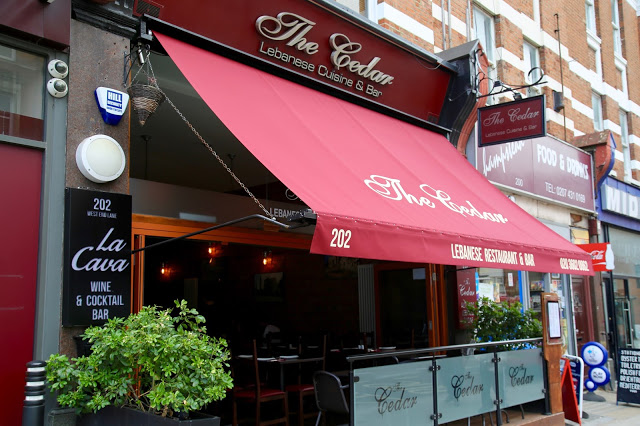 Lebanese restaurant The Cedar is a local franchise (two other branches in Maida Vale and St. John’s Wood) which has an extensive menu with high quality, flavoursome mezza: the mini za’atar; fattoush; moutabal; muhammara; makdous, pickled baby aubergines stuffed with walnuts. Hell try everything – it’s all good. Best to wear loose clothing and an elasticated waistband. The service is particularly friendly. 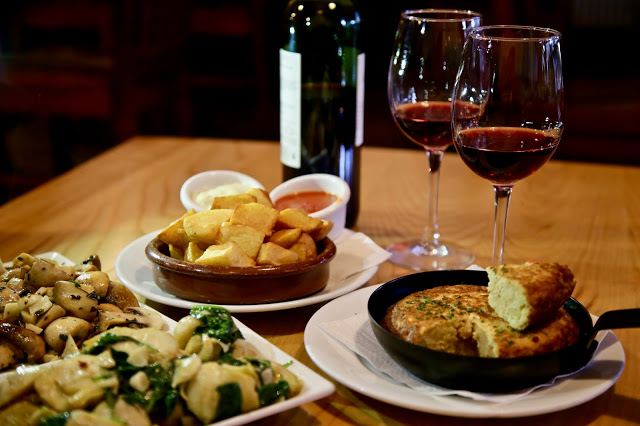 What this tapas bar lacks in Spanish authenticity, it makes up for in generous portions. One can so often find at small plates dining establishments that you end up spending upwards of £30 a head and are still hungry afterwards. At Sirous, we had so much food we took home a doggy bag. The wine list is well-priced, we ordered a spicy and full-bodied red Tempranillo for a mere £18. Outdoor tables are popular in good weather. 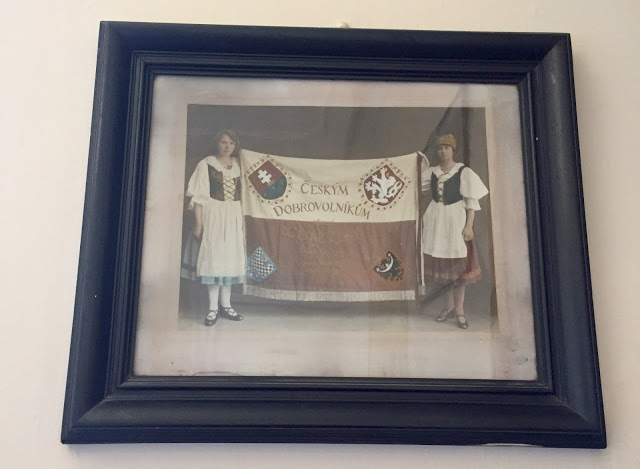 It’s worth the trip to West Hampstead just to visit this Czech restaurant, which has been running since 1946. Founded by Czechoslovak fighter pilots, the décor has hardly changed since World War Two. Located in a large private residence with stained glass windows, the massive beer garden in the back is packed during the summer.
It possesses that forlorn air that you get in deserted cafes abroad; the odd sound bouncing off the formica tables, dusty faded calendars pinned up, a lone man sitting in the corner, a TV booming news you can’t understand.
The menu is pure Eastern bloc: dumplings, schnitzels, pork knuckles and a whole section referred to simply as ‘floury dishes’ (basically variations upon fried dough). Wash down this hefty fare with Pilsner and Budveiser or try the Slivovice fruit liqueurs. Some people find the place a bit strange, but we loved the slightly Cold War/John Le Carré vibe.

Best for… tea and cake 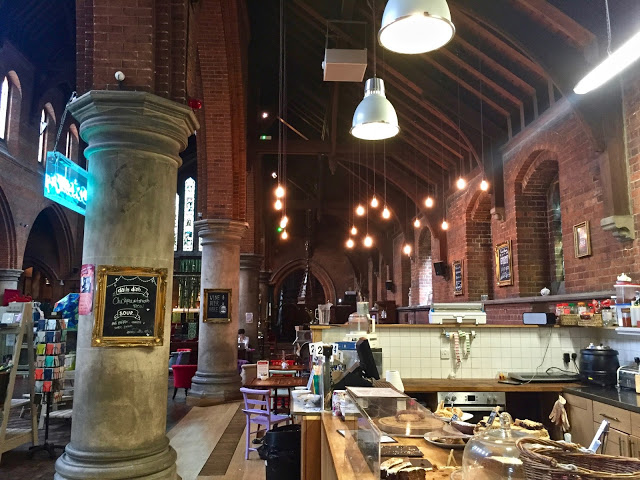 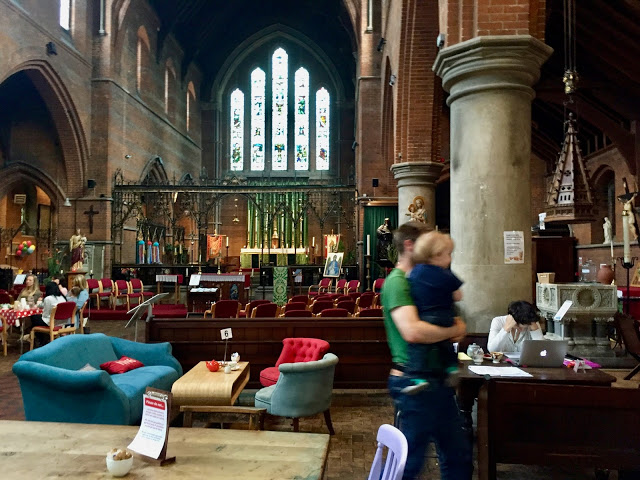 Set in a church that functions as a multi-use community centre with a post office, children’s soft play park, political meetings, yoga classes, the Sanctuary café offers pots of tea, good homemade cakes and free wi-fi. All sorts come here to enjoy the lofty stained glass windows, vaulted roof, pillars, and arches while sitting on the comfy sofas and armchairs scattered behind the wooden church pews. 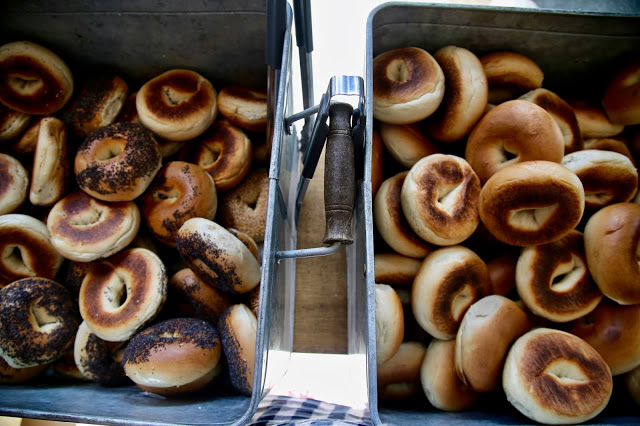 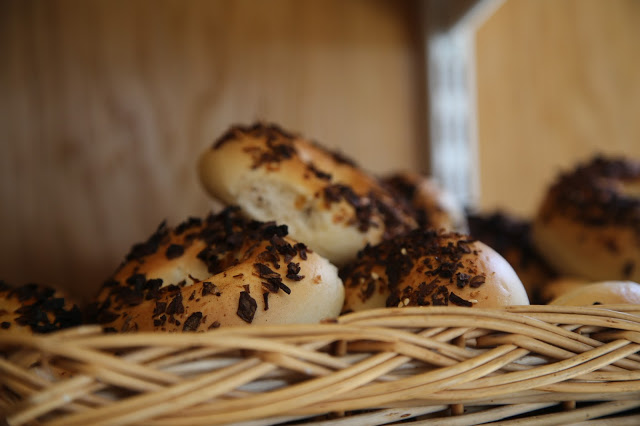 Bakery on site, in the back, this bagel shop does plain, poppy seed and the rarer (in this country at least) onion bialy. West Hampstead, being close to Golders Green and Hampstead Garden Suburb, still has a large Jewish population who like to buy their baked goods, lox and schmear here. 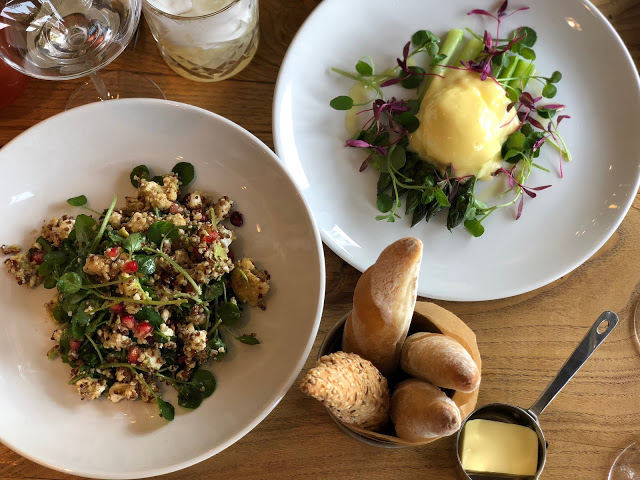 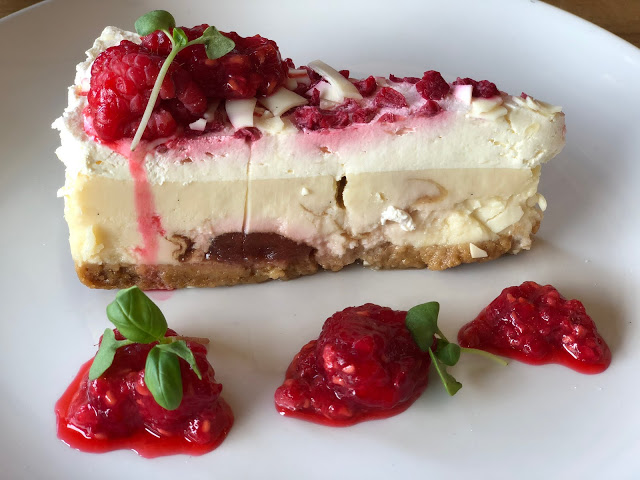 A little further, near Child’s Hill, is Feldo’s, the name is a portmanteau of owners Felda and Oliver, whose background is in nightclubs.  This is their first restaurant and it did have a slight nightclub vibe, all smart dark interiors with bronzed orange highlights and comfortable chairs.
I ate at this brasserie-style restaurant this Sunday and was very impressed by the high standard of cooking. The place has only been open four months but there was a decent amount of guests on a hot afternoon: sons taking their mums out to lunch, families and couples.
The gazpacho, so often flavourless and lacking in restaurants, was brilliant, with the green tinge of generously applied good olive oil. Tuna Tartare, a favourite of the chef, was spicy and very moreish. I applied my litmus test of ‘how good can you make a Margarita?’ to the cocktail maker, and it was one of the best I’ve ever had in London.
What motivates me is flavour, and this chef was a dab hand at seasoning, everything tasted delicious. While beautifully presented, it wasn’t the usual lacklustre foams, dribbles and droplets that you find in high-end cooking. I felt overjoyed that I had finally had a decent restaurant nearby!
One thing to look out for, as both owners, appropriate to the area, are of Jewish heritage, is their Friday Night dinners, complete with challah and kiddush wine. It’s a supper club format with a fixed menu for £49.50 (children £15). They also have a Neil Diamond night. Probably one of my best ever supper clubs was the Barbra Streisand Friday Night dinner, so I’m looking forward to both.
This is an ever-evolving list. As new restaurants open, I’ll add to it.