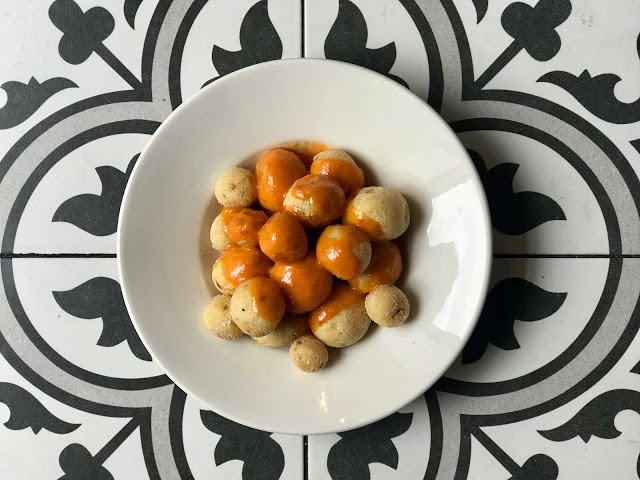 Every home in the Canary Islands has their own tweak for this dish. I’ve added red pepper to brighten the colour and add flavour. But I give you the standard recipe as well.

The best kind of potatoes to use are the ‘bonita’ cultivar, which stems from the original South American tubers, some of which are still available in the Canary Islands. I delighted in wandering the Canarian food markets, peering at the authentic varieties. One type of potato, wrinkled, pitted and dark-hued, reminiscent of what I ate and bought from locals when I spent three months in Peru back in 1989. I’d buy them on the street, with a little brown salt to sprinkle inside from wide tanned face women squatting down in traditional dress, the little hot spuds wrapped in their voluminous and colourful woollen skirts.

Traditionally papas arrugadas are boiled in Mediterranean sea water, which is in short supply in London.

But I must insist: don’t worry about the salt.

a) All that health concern about salt is bullshit and even British scientists are coming around to agreeing. The NHS is lagging behind of course.

b) There might seem to be a lot of salt in the recipe but it doesn’t taste particularly salty. The salt serves to draw out the water from the potatoes, making them fluffier, denser and drier. Baking potatoes on salt has a similar effect. Be brave. 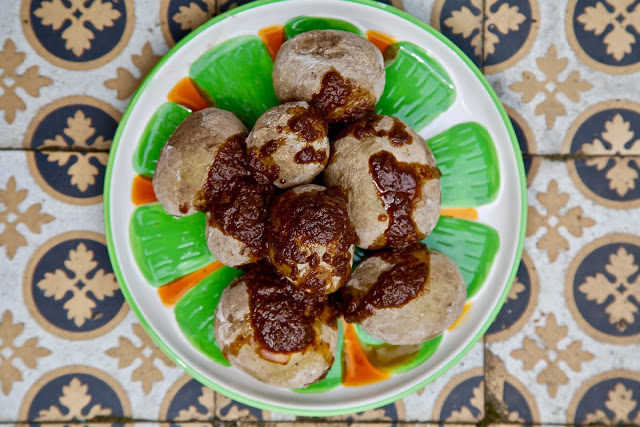 Feeds 2
1 kilo of small potatoes, washed, unpeeled
120g of sea salt
1 litre of water
Put all of the ingredients into a medium saucepan and boil for 15 to 20 minutes or until a fork goes in easily.
Drain the water.
Put the potatoes back in the pan and simmer for 15 minutes or more, ‘drying’ the potatoes.
Eventually the potatoes will have a silvery salty fine crust. 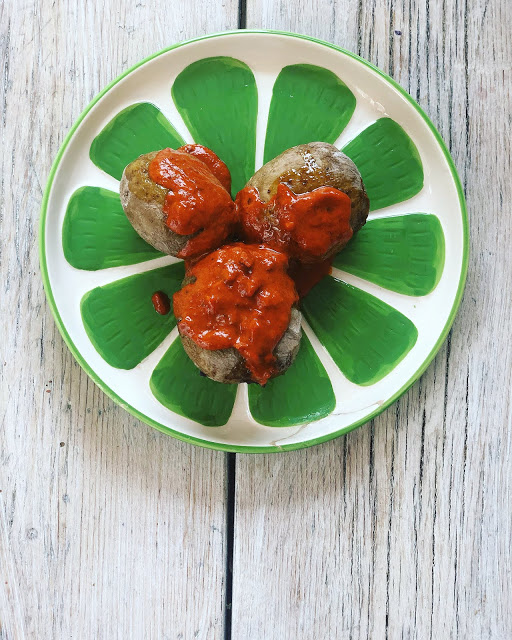