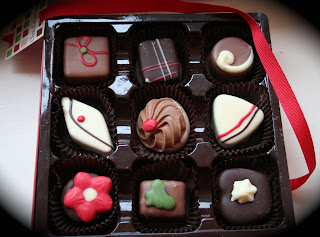 Last Saturday I went carol singing with the Slackers choir. We sing Christmas carols with the lyrics changed to critique the consumerist angle of Christmas. Here’s some of the lyrics:

To the tune of Little Town of Bethlehem
Oh gentle folk of London Town
Think how they feed us lies
All through the streets the shops compete
Urging us to buy and buy
Whilst elsewhere explodeth
Another bomb tonight
As innocents fall
Were in the shopping mall
This doesn’t quite seem right.

Spend all our cash, we’re feeling flash
As the queues continue to grow
Buying luxury goods and loads of food
for folks we hardly know
Whilst in so many places
The people starve and die
As I carve my bird
It’s quite absurd
that we buy into this lie

Then at new year the sales appear
And everything’s reduced
In store we see new product lines
And know that we’ve been duped
We wish that we had waited
Until now to buy
The model’s been updated
It makes us want to cry.

The stars in the media
Encourage our greed
Making us want things we don’t really need
Wasting resources
And coercing our brains
Using up carbon with little to gain.

We started out in Carnaby St and soon had an appreciative audience of tired shoppers…
Then we stood in the queue for coffee at Starbucks and after a few minutes we started to sing. The queue moved up gradually; when I got to the part of the counter where you order, I just kept singing. The staff were so sweet, they offered us free coffee. The others, as hardened anti-capitalists,  fled, but I felt it would be rude to refuse. Afterwards I was criticized for having drunk ‘capitalist brew’. The incriminating video footage is on Indymedia.
Next stop was the Apple store, Regent St. We mounted the glass stairs to the first floor and serenaded the shoppers. The Apple staff were not cool with it. Handled it alot worse than Starbucks. Which is strange cos the whole ethos of Apple is that they are alternative. (In fact I did a quick poll amongst us and over half of our activist crew use Apple products). The security guy was getting quite angry. I said to him “Just chill. The more you chill, the sooner we will be gone”. Shaking slightly, he said ” If I don’t get you out, I’ll be sacked”. I felt kind of guilty then. As we were being pushed out of the shop I said ” well you know I’m an Apple user… I’m a customer actually and you shouldn’t treat us like this”.
We moved onto Nike town, House of Fraser and Selfridges. House of Fraser were cool, took absolutely no notice of us, partly because they have hardly any customers. In fact I have to admit that in all my years in London, I’ve never even been in that shop before. Nike town, one guy told me I had the voice of an angel. With a straight face he claimed he thought I was Charlotte Church for a minute.
Selfridges had a scruffy dyke push us out from behind. I have to say it was quite difficult to concentrate on being anti-consumerist with so many shopping goodies winking at us. Selfridges had an amazing gold brass bath tub that cost £22, 000.
Naturally my darling teenager stayed home. She didn’t want a repeat of last year when she was hugely embarrassed by us in her favourite shop Topshop. I was practically arrested while she skulked in the designer handbag section.
I do love singing carols…
Update: MacUser and Apple news ran stories saying that we left firecrackers outside their shop half an hour later and caused mayhem. Many people commented on how irresponsible we were and what a terrible way to make our point. I posted on both sites saying that the report was untrue. We were at another shop at that time and that as we were all peace activists, there was no way we would do something like that. So either Apple mac was lying or it was another group altogether!