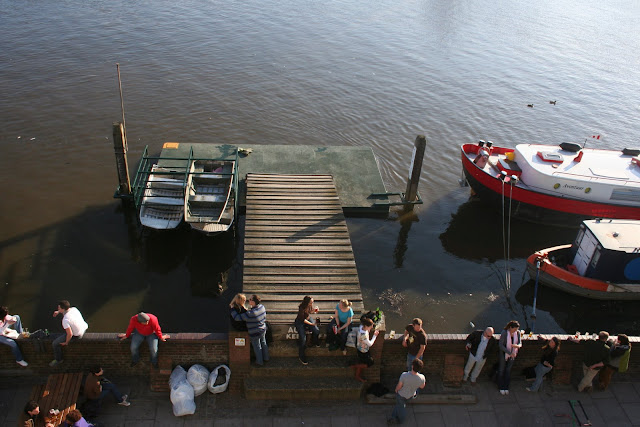 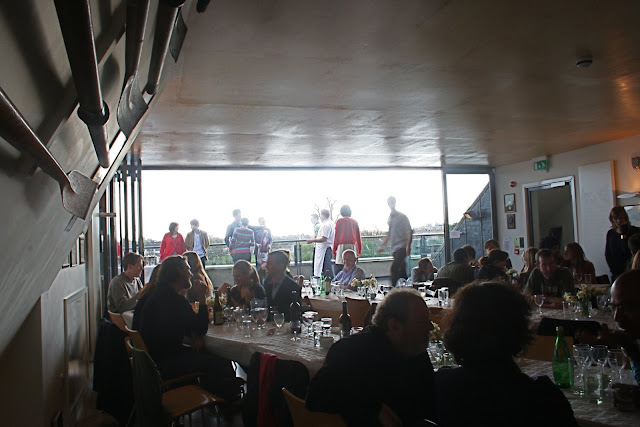 The name of this pop-up restaurant ‘The Moveable Restaurant’ evokes memories of Ernest Hemingway’s eponymous book. Hemingway’s ‘A moveable feast’ was the reason I moved to Paris…
Easter is the classic moveable feast in that it is a non-fixed date in the Christian calendar. It was therefore appropriate that River café chefs Stevie Parle and Joseph Trivelli host a Roman feast on Easter Monday.
Stevie Parle, it is rumoured, lives on a boat near Hammersmith bridge. I was hoping that the dinner would take place in or near his barge. Now that would be something…
Instead around 40 people gathered on the top floor of the Auriol Rowing club. Fortunately it was a sunny day and we could make good use of the terrace overlooking the Thames river.
Our names were scrawled on the paper table cloths, a nice touch that reminded me of Chartier in Paris. We were asked for our £35 as soon as we entered, cash only. Wine was £5 a glass or £25 a bottle, corkage £7.50p a bottle. The wines, chosen by Emily O’Hare, the youthful and charming River café sommelier, were extremely well chosen but I was a little shocked at the restaurant style mark-up. Emily runs a group on Facebook called Women! Know your wines which makes interesting reading.
Stevie and his staff, dressed in red and white striped aprons, moved amongst the guests, handing out tempura battered sage. This was delicious, it’s a shame there wasn’t more. An idea I will happily nick. 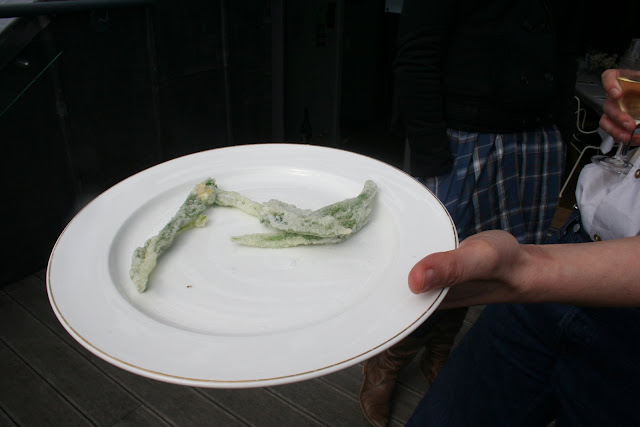 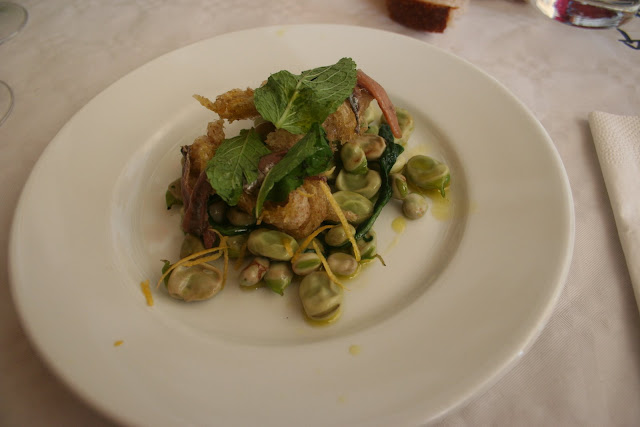 Next up was an asparagus mimosa served family style, handed down the long tables as we ate. The mimosa was perfectly seasoned and contained parsley, capers and yoghurt. Eggs mimosa or deviled egg is a feast day recipe from ancient Rome. 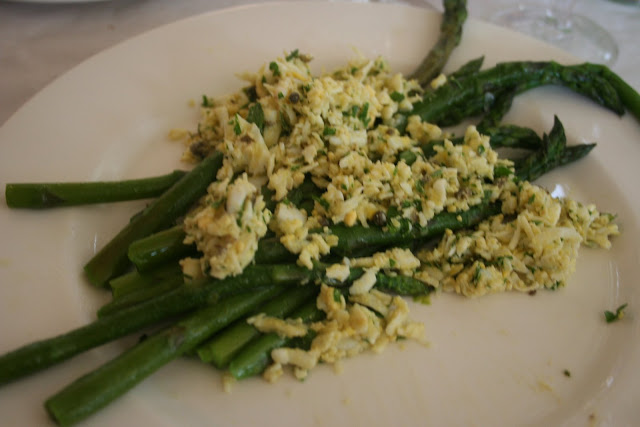 Third course, and I was given an extra large portion (because they knew I was veggie), was a pasta, ricotta, peas and cinnamon dish topped with pecorino. An unusual combination which worked very well. 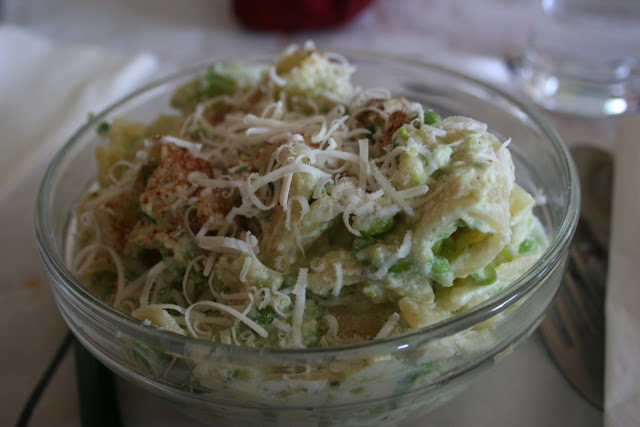 For mains most guests were served goat, a tender kid, with artichokes, broad beans and peas cooked in red wine. 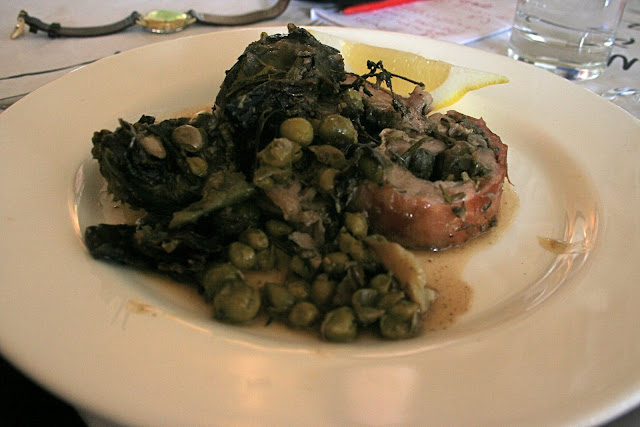 I was given two slices of tempura style fried polenta with a slice of lemon to squeeze over. Polenta is a little dull at the best of times (I generally grill it and whack a load of lime salsa on it) but I really appreciated that they had made something special for me. However the broad beans were slightly burnt. I adore artichokes, which in this case, were small and tender but I feel this was the least successful dish of the meal. 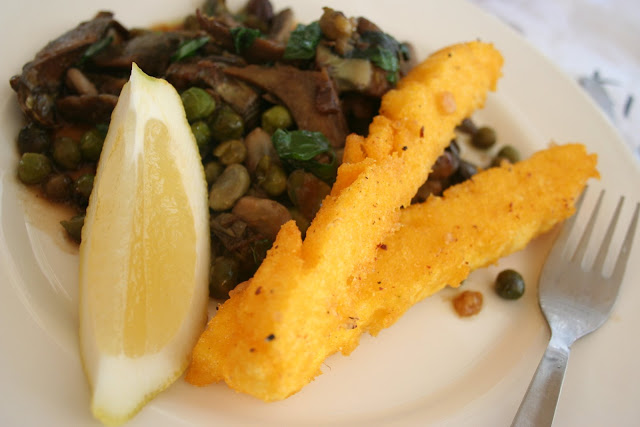 Dessert again was festive, a pastiera, a typical Easter tart from Italy which can be described as a light and fluffy ricotta and candied fruit confection. 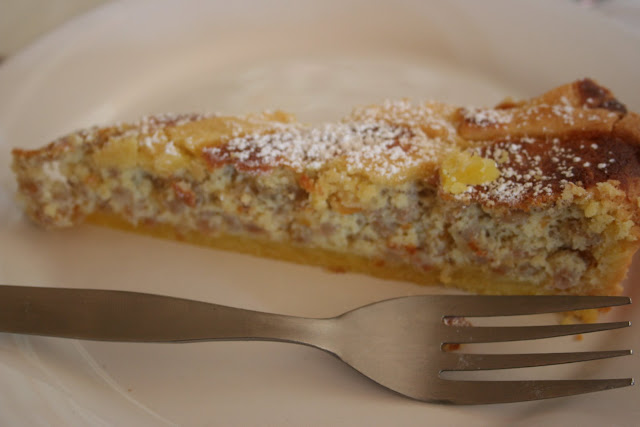 This was accompanied by lowquats or as they call them in France…nefles. (‘Cela vaut que de nefles’ is a French phrase meaning ‘it’s worth nothing’. Friends of mine in France are part of a LETS scheme, a trading scheme, in which ‘nefles’ are the currency.) 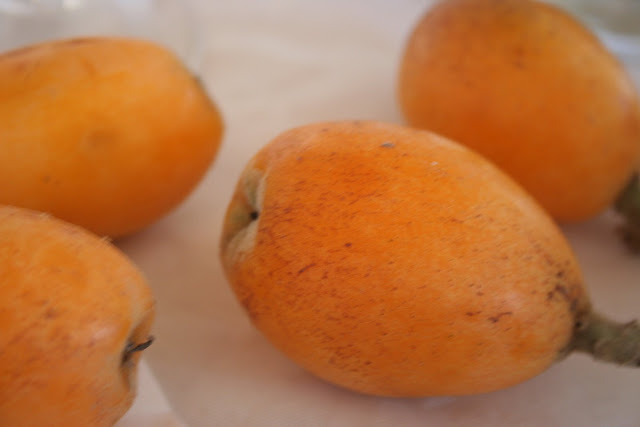 Both myself and the lady next to me, an Aga expert who has never cooked on anything else, took pictures of my dessert:

At the end boxes of fondants and marzipan sweets from Pietro Romanengo in Genova were passed down the tables. 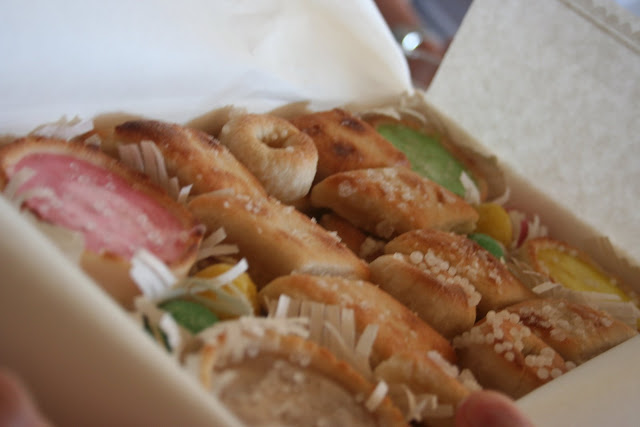 I think coffee could have been served for the price. It would have sobered up the guests for their trip home. I also think the chefs could have been less reticent and mixed more with the guests. I went to this event, thinking it would be an underground/home/supperclub restaurant. It wasn’t.
I did like the mixed tables and the fixed menu but it did lack the warmth, informality and intimacy of a home restaurant.
It could have been any restaurant except for the fact that it was held in a one time rented location with moonlighting chefs.
NB: I believe The Moveable Restaurant are trying out different locations to get a more intimate feel…it’s a work in progress as it is for all of us… 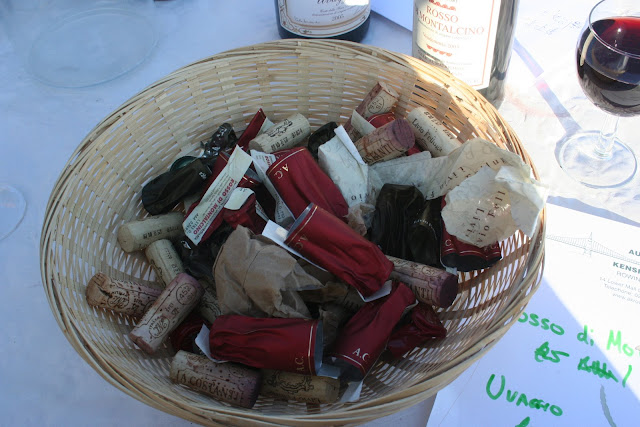