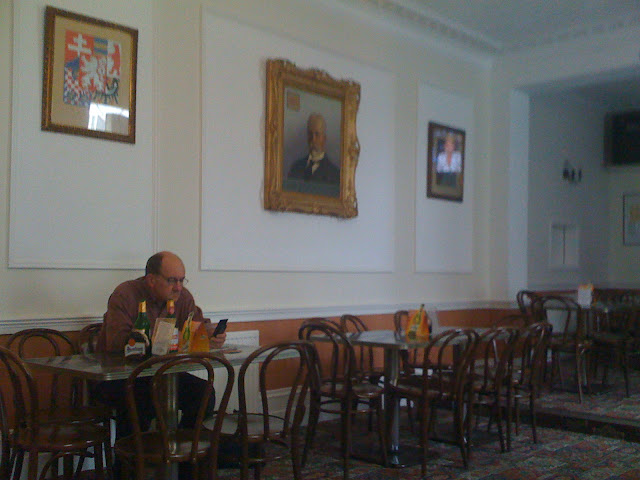 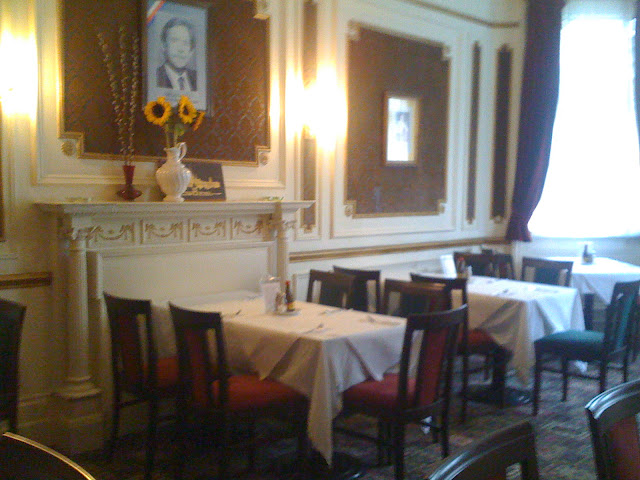 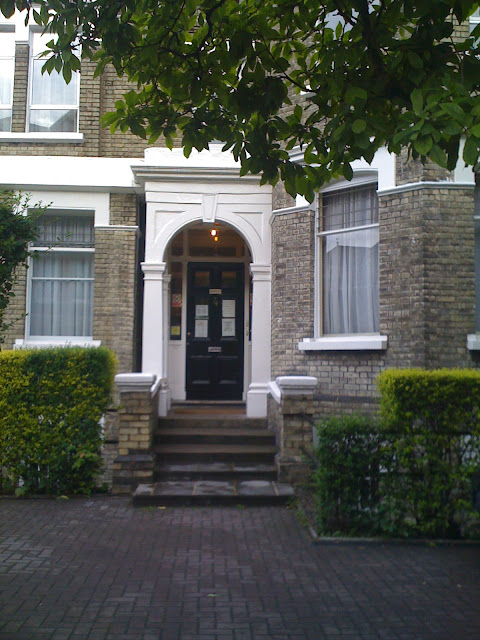 It looks like an ordinary house from the outside… 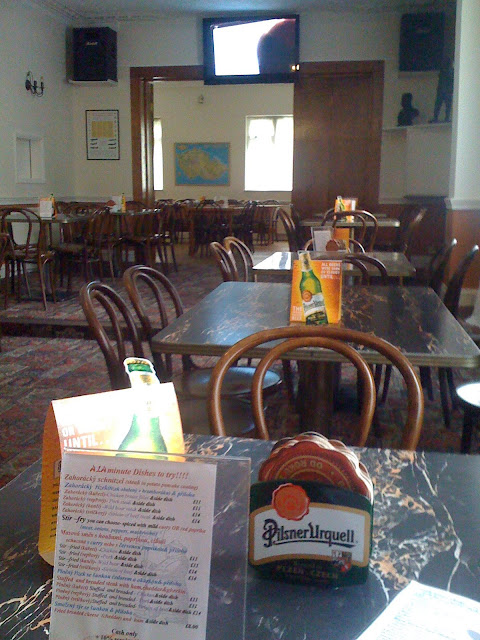 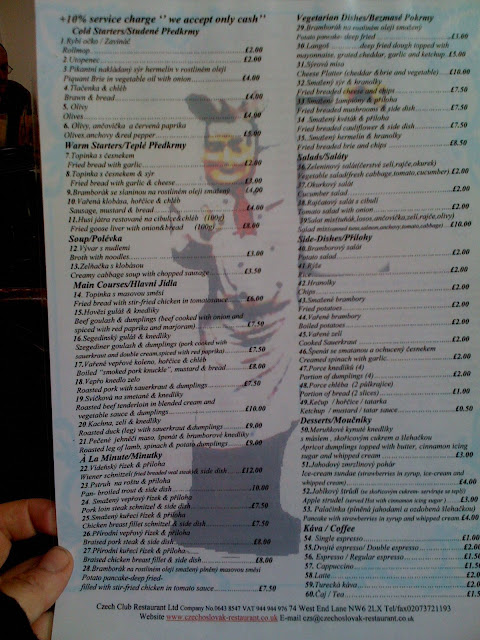 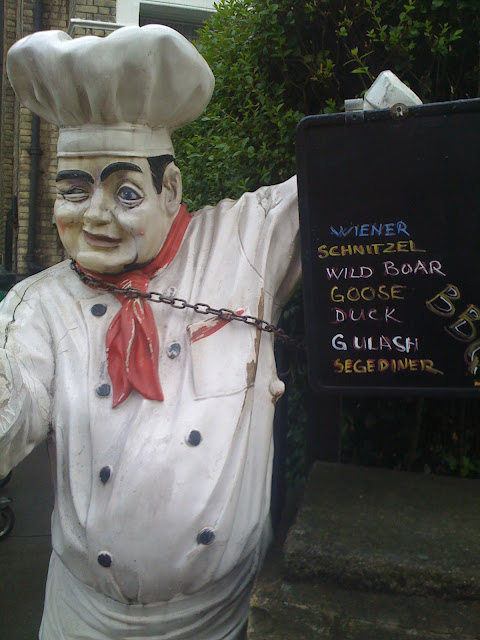 I’ve been meaning to go to this place since I moved to this area nine years ago. In the evening there is music and a great atmosphere I’ve heard.

I went at 6pm on a Tuesday night. It possessed that forlorn air that you get in deserted cafes abroad; the odd sound bouncing off the formica tables, dusty faded calendars pinned up, a lone man sitting in the corner, a TV booming news you can’t understand.

These are places I seek out on holiday…I like to savour the bitter-sweet pleasure of loneliness in a different dialect. It reminds me of driving through France as a child, gazing from the back of the car at towns in the middle of nowhere ‘La France Profonde’, with a cafe-tabac, a group of houses, straddling a route nationale, their only entertainment the rush of cars going past to more exciting things. Imagine a life watching people with direction, a destination, passing you by. I couldn’t imagine it. Places like this, without a car, you are fucked. Places like this, the kids take heroin, because there is nothing else to do.

In fact life in rural France is horrific without transport. When I lived in the South of France, despite it’s proximity to glamorous Saint Tropez, the area surrounding it was as dull and grim as anywhere outside a town. One ex-pat woman who volunteered at the local branch of a British club told me:

“I got a call early this morning. It was a woman who retired here with her husband. They live in an isolated but lovely house, up a dirt track. The usual French dream, ‘A year in Provence’, do up a country shack.

The hospital called her this morning. She couldn’t understand what they were saying.

This woman can’t speak French nor can she drive. Her husband spoke the French and did the driving. I called the hospital for her.

They were calling to tell her that he had died in the night. I had to call back and break the news.”

“Why do, lets face it, mostly women of a certain age, do this to themselves? Move to another country without basic life skills necessary to survive? I’m going to have to sort it all out. She can’t survive here on her own. “

A few years ago I went on a four-day road-trip with a dozen anarchist drummers to Serbia. I had the same disturbing, sad and lost feelings about Mitteleuropa… there’s simply loads of it, country after country. They speak different languages, have minor variations in national diet, here a bit more cabbage, there a bit more beetroot, but essentially they are the same; Germany, Switzerland, Luxembourg, Belgium, Austria, Hungary, Poland, Slovenia, Slovakia, Croatia, Serbia. It must be weird for Americans to think about Europe, a landmass that supports so many different countries and languages, so many piddly little nations.

I don’t think I could bear to live so far from the sea. At least Britain has an edge. Literally. A place where it ends and the sea starts. I rarely go to the sea. It’s the idea. I like boundaries, tightness, confinement, it makes me feel secure.

The Czech and Slovak club used to be the Czechoslovakia club; ridiculously separated as countries, they are still eating together in West Hampstead. On entering we were given the choice of the bar, the back room cafe or the dining room. We chose the cafe. On the walls there were portraits of grand looking men..

“Who is that?” I asked the waiter, pointing to a picture of an important looking man.

“I don’t know. Somebody.” giggled the waiter.

“But you cannot order here” said the waiter “you must come over here” he said beckoning to the hallway where stood a little podium desk.

I go to the desk. He moves behind it. Scribbles something on a piece of paper and hands it to me. “You pay immediately please. For the snack £5.50p”

“But we have had to come over here to pay for it, which is sort of self-service so, where’s the service?” I push, stifling a smile.

“We bring it to your table.” says the waiter proudly “I not in charge here” adding “I don’t make rules”.

Later we ask if the TV can be turned down a little so that we can chat. In the empty room the sound reverberates off the lino and plastic tables.

“I ask” replies the waiter “I ask permission. I not in charge here” he repeats.

I get the impression that there is some kind of politburo in the back making all of these decisions centrally.

The Turkish coffee is the biggest I have ever seen. You need two hands to pick up the cup. This is not a complaint.

The dough thing was…interesting. It covered the plate like an alien creature from Star Trek, randomly shaped and huge.

There is a lengthy menu here, you can order wild boar for instance. I will have to return in the evening. 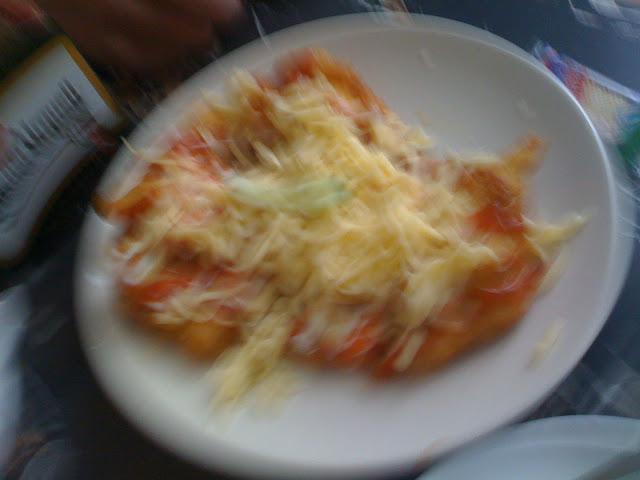 Sorry about blurryness. Maybe I was overcome with emotion about this fried dough…

Previous Post: « What to eat now more please by Valentine Warner
Next Post: A sting operation, tracking down Kilburn honey… »