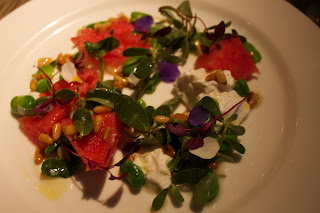 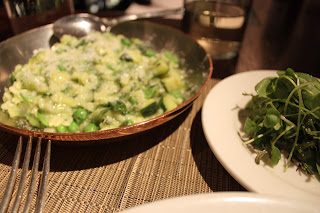 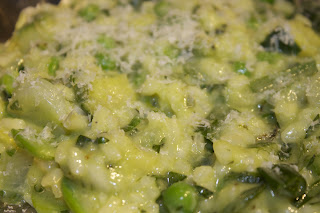 Close up of the risotto 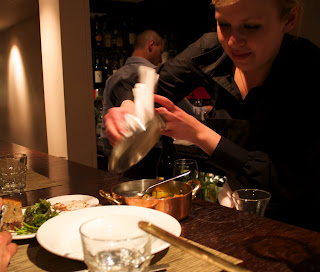 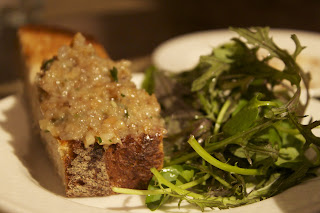 Apparently this is pigs trotters..where are the claws? 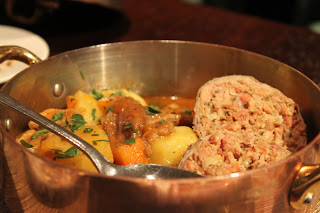 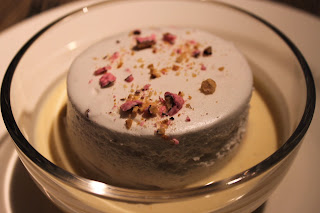 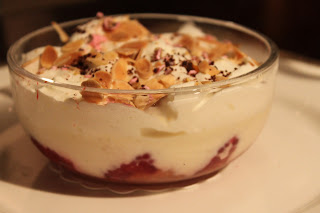 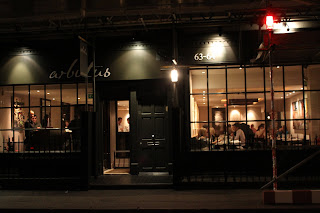 When we entered Arbutus there was a funny smell that I couldn’t recognize. We hadn’t booked so we were sat at the bar.

I’ve never been to a Michelin-starred restaurant before, Arbutus has one star. I was excited. Most reviews by vegetarians are of vegetarian restaurants. But vegetarians often have ‘normal’ friends, and we eat out with them. The reality for most vegetarians is that they are obliged to eat in non-vegetarian restaurants. So I do reviews of meat restaurants and let you know if a vegetarian can eat well and feel comfortable there.
Arbutus does have a couple of salads for veggies in the starters and a risotto dish in the mains but fundamentally this is a meat eaters restaurant.
I fully realised this when my friend Fat Les got his main course of tripe with pigs trotters. When they lifted the lid of the little copper pan, a really intense smell escaped, the same smell that I noticed on the way in. The odour of tripe is a mix of sweaty cheese, body odour and dead flesh. I almost heaved on the spot. It’s overwhelming. You could see little pieces of skin, stuffed intestine and chopped pig’s foot.
I had really bad fibroids a few years ago, I had surgery to remove them. They caused me years of pain, so huge that I couldn’t even lie flat on my front. As soon as I woke from the anaesthesia I asked to see them. The doctor brought them in a bucket. The fibroids were huge, one had a stalk, like a massive flesh coloured cherry. Another was cut open. The inside looked exactly like Les’ dish of intestines.
I’m normally pretty cool about carnivore habits but tripe is a step too far…
The thing I liked about Arbutus was that they had a carafe of wine for £5. Incredibly reasonable and true to chef Anthony Demetre’s French bistro leanings.
For starters I had a goats cheese and watermelon salad with purslane, a succulent leaf which I’ve never had before, some broad beans and viola flowers. Very nice, an unusual combination of flavours. But £9… for a salad…
Mains was a spring vegetable risotto with soft herbs. There was no other option for me. The risotto was very green with broad beans (again), courgettes and spring onions, soft herbs is a little dish of parsley etc. It was well cooked but nothing special. I asked for extra Parmesan to give it kick.
Puddings: I had the iles flottantes with pink pralines. It was one large ile flottante, like a very soft meringue, in a pool of creme anglaise. Fat Les had trifle.
Both were nice competent bistro food but no wow factor.
I got talking to our neighbours at the bar. You see, even when I’m not at a home restaurant I start talking to other people in restaurants whether they like it or not.
One of the guys was a barrister, the other was an undertaker. They come regularly to Arbutus, they really like the food.
For a Michelin star restaurant it’s not outrageously expensive but I wouldn’t go back. The food was good but it’s not a restaurant for vegetarians. You can tell the chef’s heart is not in it. In fact he’d probably prefer it if there was a heart in it.
Arbutus