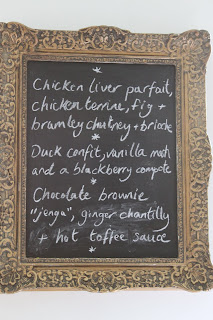 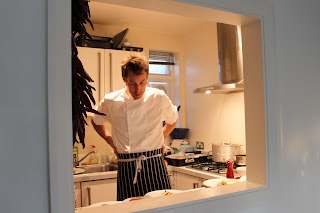 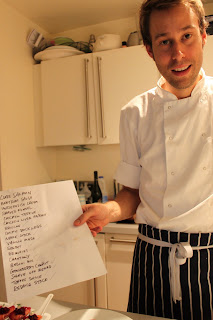 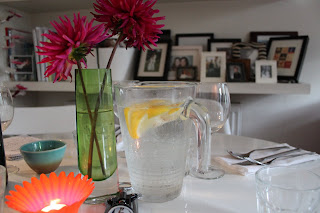 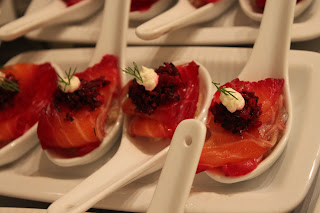 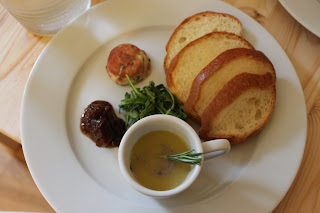 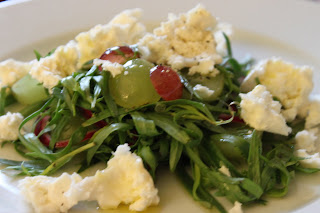 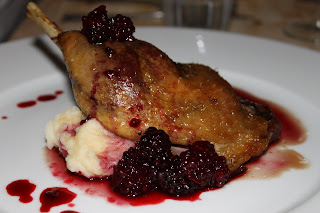 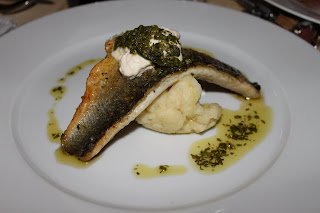 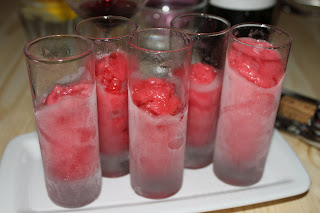 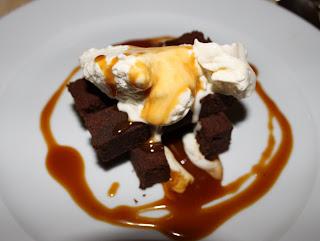 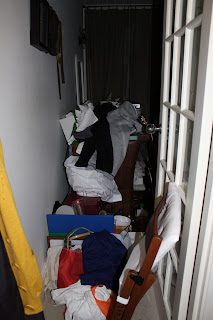 Their bedroom! You can’t even get in… 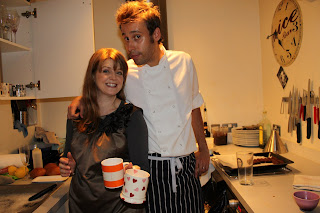 Not a couple of mugs… 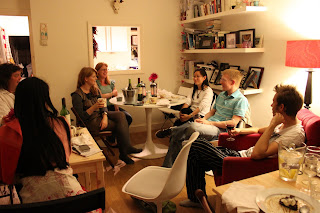 Alison and Gavin joined everybody for a chat afterwards 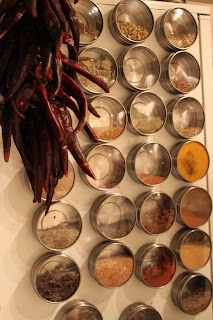 The cosy flat of journalist Alison Tyler and her husband Gavin hosts bi-weekly dinners in Blackheath.

Gavin started cooking a year ago, training at Acorn House restaurant in Kings Cross. He’s learnt well: the cooking and presentation tonight were of a high standard. One of the strands of the home restaurant/supperclub movement is it’s adoption by sous-chefs as an opportunity to present their own style of cooking to the public. Aided by Alison, acting as his manager/publicist and charming front of house, I can see Gavin opening his own restaurant in the future. Whether he’ll end up “on television” as Alison ambitiously plans, is less certain, he seems too self-effacing. I envy the backing he gets from his clever wife however.
I shared a table with two lively couples; one set auditioned for The Restaurant BBC show last year but pulled out. The husband, in his 50s, after decades in advertising, bravely decided two years ago to retrain as a chef. He is currently working 16 hour days for minimum wage and loving it.
His wife does not believe women can cook as well as men “they don’t have flair. All the top chefs are men”. (Although to their credit, the two male chefs present disagreed with her).
It’s a circular argument. Top chefs tend to be men but this is surely due to the time commitment necessary to make it to the top rather than lack of ability. You can’t do 16 hour days if you have children. Traditional peak years for building a career just happen to coincide with child-bearing/rearing years. And when women emerge out of the other side of bringing up children, they are no longer youthful. As Fern Britten, Arlene Phillips etc know all too well, youth, especially for women, is essential in our culture. Notably our top female chefs, Angela Hartnett, Allegra McEvedy, Thomasina Miers, do not yet have children. Great cookery writers such as Julia Child and Elizabeth David didn’t have children either.
Women that I have spoken to in the industry have talked about working in kitchens and being ignored for weeks by the men. It reminds me of my apprenticeship as a photographer in the darkroom of a News Agency years ago. I was the first female to last more then two weeks. I was deliberately intimated: dunking me in ‘the fix’, accusing me of stealing, putting me ‘in Coventry’. There were grumbles about having to take down their topless posters, although I had not requested this; it really didn’t bother me.
Young women (worried they won’t get a boyfriend if they say they are feminists) think feminism is a dirty word, and assume all the battles are won. Look at the opprobrium that Harriet Harman has attracted with her recent remarks about how men have cocked things up. (1)
With 12 guests, the evening was intimate, friendly and relaxed. You could see Gavin working through the hatch between the living room and kitchen. I want a hatch! I love hatches. (Ponders taking a sledge hammer to wall between living room and kitchen).
Gavin took the week off work to do three consecutive nights of the supper club, it wouldn’t be possible otherwise.
We started with a glass of Prosecco and plum coulis. Alison and Gavin have an allotment and much of their produce comes from there. While waiting for late guests, who ended up as no shows, we ate bread dipped in olive oil and a spoonful of beetroot marinated salmon.
Having given up on the late-comers, thankfully they had paid in advance, I ate my starter of goat’s cheese, grapes, tarragon, nicely dressed with balsamic and oil, a Jamie Oliver recipe. I’ve never had a salad made mostly from tarragon, it worked very well, perfumed but light.
The others had chicken terrine, chicken parfait, fig & apple chutney and brioche.
For my main course: I had pan fried sea bass on a bed of rosemary and vanilla mashed potato topped with horse-radish cream and salsa verde. It was absolutely delicious; the potato was so light and fluffy, the crispy fish skin seasoned with Maldon salt, and the horseradish cream a lovely contrast.
The meat-eaters had duck confit, blackberry compote and vanilla mash.
We were then given a palate cleanser of blackberry granita which was nice but perhaps a touch too Ribena and solid in texture. But that’s only if I strained to be fussy.
Lastly dessert was the wittily named Chocolate brownie ‘Jenga‘ with ginger cream and a hot caramel sauce.
We finished with tea and coffee.
Afterwards our hosts came out to join us. Three consecutive nights might be a bit too much, Alison said. Their bedroom made me laugh, it’s crammed full of the furniture that is normally in their sitting room. It reminded me of home.
Alison and Gavin plan to do events at Acorn house restaurant and move towards pop up venues in the future as they want to be as legal as possible.
Bring your own wine. Four/five course meal £37.50p
Contact here for reservations.
Here is Gavin’s recipe for Pan-fried fillet of sea bass on vanilla and rosemary mash with horseradish cream and salsa verde.
For four you’ll need…

4 fillets of sea bass (skin on)

Method for fish
Generously season the skin of the fillets with sea salt and pepper.
Get a non-stick frying pan smoking hot, add a glug of light olive oil to the pan and place fillets skin-side down in pan and season flesh side.
Cook for three minutes or until skin is crisp.
Turn fillets and cook for a further minute, serve on mash skin side up, with the horseradish cream and salsa verde on top.

First, melt the butter and cream along with the rosemary and the vanilla pods – scrape the seeds out of the pod and add them along with the empty pods – bring to the boil, then remove from the heat and leave to infuse for 30 minutes.

Meanwhile, boil the potatoes in salted water until nice and soft.

Finely chop all the herbs, capers, anchovies and combine all the ingredients to taste.

Method for the Horseradish cream
Simply combine the creme fraiche and horseradish and season to taste.

Delicious!
(1) Harriet of course sold single parents down the river in 1997, collaborating in the removal of the universally applied (you got it whether you worked or not) lone parent benefit in a bid to get into Tony Blair’s good books.It was a small amount of money, £6 a week, but there as recognition that single parents have it harder and that two can live as cheaply as one. Still Harman’s betrayal of us did her no good. Used as female ‘window dressing’ to get the legislation through, Blair dispensed with her after that. Women in the West are equal until they have children. Then everything changes.