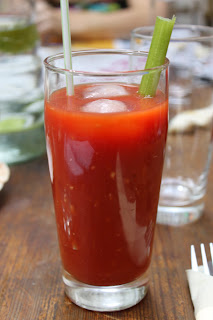 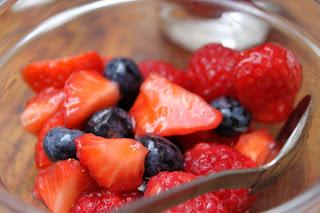 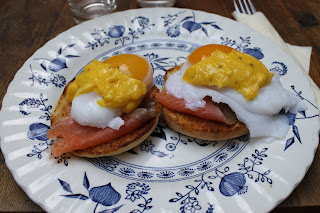 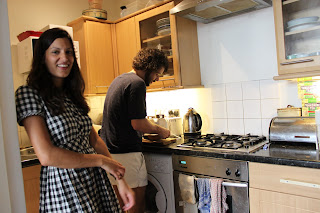 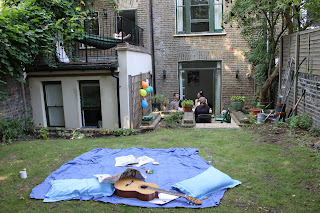 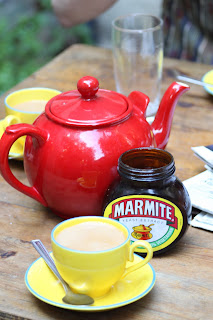 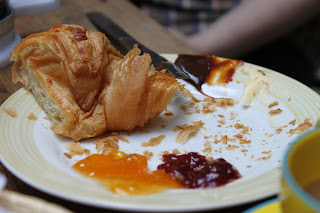 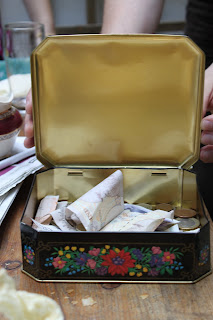 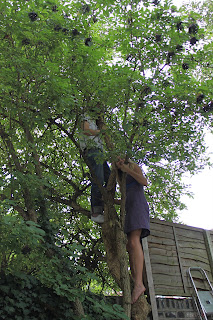 The Elderberry tree
The Bruncheon club have come up with a great idea; after your underground dinner, nursing your hangover, you’ll need the antidote, a secret brunch.
There are two sittings, 11 am and 2pm, on irregular Sundays “basically whenever we feel like it” laughs Gregg, one of the two hosts, along with Maya, opening this large garden flat in Hackney to the public.
It has the feel of a well organised squat or commune, with other housemates and sofa surfers wandering around, strumming on guitars, picking at sewing on a picnic blanket, lounging in hammocks.
Taking advantage of the warmer weather, the table for six is outside, Sunday papers, broadsheets not tabloids, are laying on the table.
Other guests were trendy and interesting conversationalists; I prefer mixed tables but it is a relief not to get stuck with bores: a DJ with a Liza Minnelli fringe circa Cabaret, one half of Broken Hearts.

“Do you have broken hearts?” I ask somewhat obviously.

She shakes her head.

I observe “ah you must break them then”.

She doesn’t deny it.
There are two girls that work in film; a sound editor and a visuals editor who are habitueés of supperclubs, having visited most of them.

“Why supperclubs rather than restaurants?” I ask Becky, the sound editor.

“First of all I loved the secrecy aspect but now I go because it’s so social, we get to meet so many people” she explains.

Lastly there is a couple, about to move to San Francisco; she’s a PR, including Peter Jones of Dragons Den as a client; he is a software engineer, working on bluetooth devices ‘Jawbone’ a high-end example of the genre.
Talking to him about Twitter, he is scathing “it’s the most simple piece of software ever”, about the attack over the last week he snorts “you could sneeze at Twitter and it would stop working! You could type hashtag question mark and it would seize up!”.
Brunch starts with a strong Bloody Mary which seems to contain horseradish. Then we have a small bowl of summer berries. The piece de resistance is duck egg benedict, two rich yellow yolked poached eggs with homemade hollandaise on smoked salmon and toasted buttered muffins. I started to feel the need for my daily dose of Marmite and Gregg obliged with a slice of warm home-baked bread.
We were served croissants English style with butter and jams.

“Are they home-made?” asked a guest.

“No, but we thought about it” responds Gregg brightly. “We googled it and thought, er….”

We all laughed and someone said “Well Tesco’s do quite a good job too don’t they?”

Gregg and Maya told me afterwards that they heard laughter while in the kitchen. Sometimes, you are cooking and there is silence in the dining room and you wonder, is everybody alright? Are they having a good time? And then you hear an explosion of laughter and all tension melts away…phew everybody is enjoying it.
Back outside The Rolling Stones play somewhere on a music system, two of the housemates decide to climb a tree and collect Elderberries, we sip on coffee or tea…three hours goes by very quickly.
The Bruncheon Club
Sundays. £12
Contact thebruncheonclub@googlemail.com