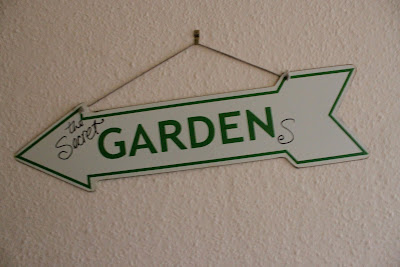 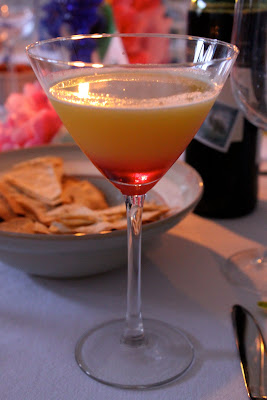 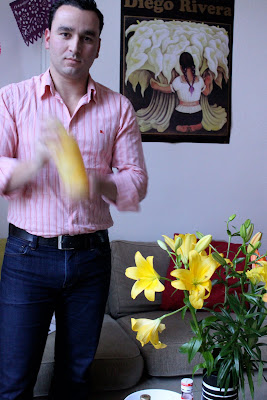 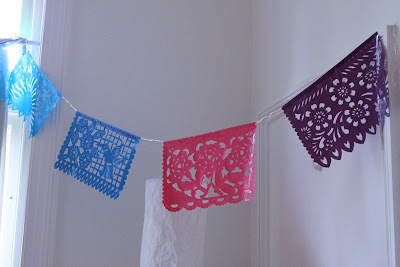 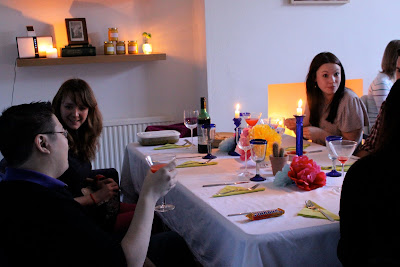 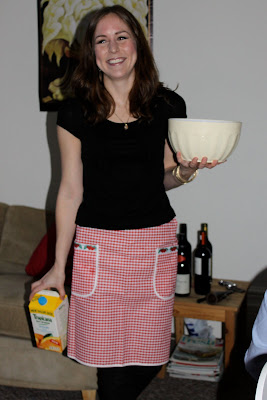 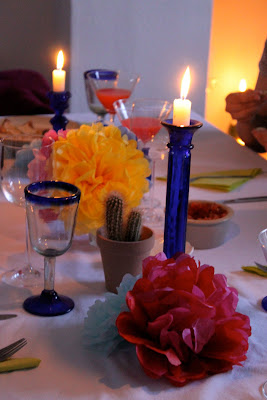 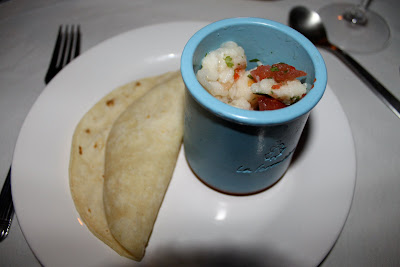 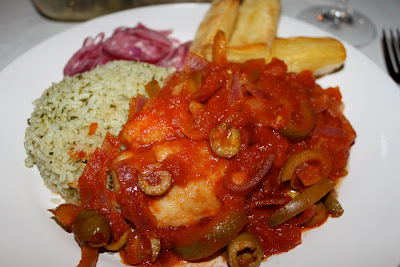 Main course of yuca chips, fish in an umami rich olive, pepper and tomato sauce (a la vercruzana) with green rice and a delicious onion salad (pickled in lime juice). 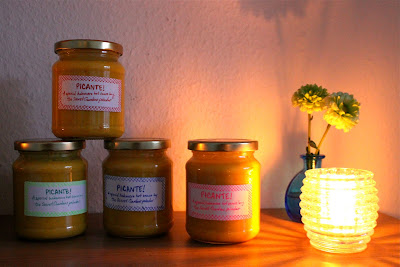 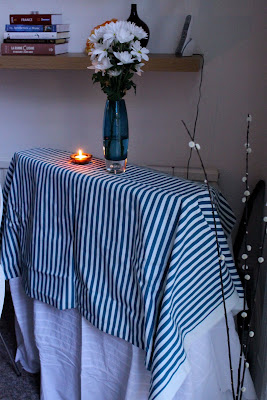 TV being used as sideboard 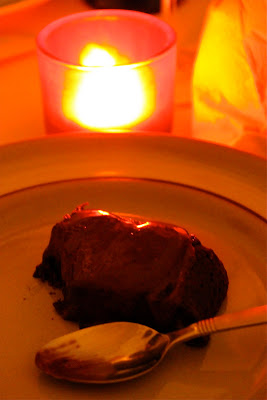 Food blogger Carla of Bribed with Food has a paladar in her home in Willesden Green. Carla comes originally from Panama, and her food reflects her Latin American roots.

This evening, el cinco de Mayo, a holiday that celebrates an unlikely battle victory over the French during their occupation of Mexico, myself and 12 other guests were treated to a Mexican menu. Bright paper decorations, handmade by Lesley, her flatmate, graced the tables, Tequila Sunrise cocktails were shaken by Carla’s other flatmate.
We started with fried tortilla chips and salsa then a ceviche with tortilla wrap. I love this raw fish ‘cooked’ by citrus juice dish which I often ate in Peru on street stalls, despite warnings of worms and cholera.
Main course was all piled on one plate, typically South American, with authentic fried yuca or cassava. I remember eating yuca nonstop during my year in South America, in which I travelled from Venezuela through almost every country until Tierra del fuego. As a non-meat consumer on a meat obsessed continent, it was one of the few food stuffs I could eat, on 12 hour bus trips stopping at dusty roadside cafes, with a fixed menu chosen by the bus driver.
Yuca is oddly popular: one of the most widely consumed carbohydrates in the world, if you eat it raw or ‘insufficiently processed’ it’s poisonous, cyanide to be specific and can lead to paralysis. But the bitterness of the cyanide means that’s it’s easy to grow, resistant to pests.
The red onion salad and green herby rice were particularly delicious…Carla, do post us the recipe?
We finished with a moist chili chocolate brownie. A well known combination nowadays but one that doesn’t always work too well, here it did!
As Carla had a gluten free guest ( a real one, with Irish blood!) the whole menu was gluten free but you’d never have known!
At the end, Carla emerged from the kitchen and joined her guests at the table for drinks…which went on till 4 am. My only memory after midnight is doing a poor version of Beyoncés ‘single ladies’ dance with fellow supperclub hostesses @foodrambler and Carla. Despite our wide range of age and body shape, all of us are single. Cooking for a living means you end up with a nun-like existence. Food Rambler started about six months after me, but has also noticed how the guests are changing…she increasingly wants to move away from hosting dinners in her home, preferring the detachment and enjoyment of transforming a rented space. Waking up to other people’s mess on a weekly basis can be wearing. The rare rude guest is still disproportionately upsetting when it’s in your own home. I was relieved to find out that she too from time to time spends all day in bed, physically recovering from the graft of cooking for large numbers in a domestic kitchen. I thought I was getting old!