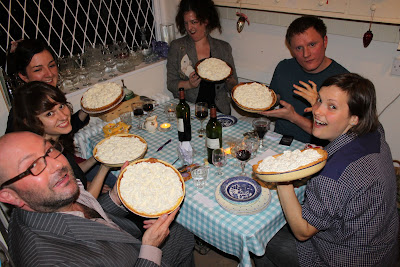 The Menu
The day before was a seven hour marathon to crack the green cobnuts, I still only got through half a bag! The soup had a pleasingly fresh and creamy taste but was too mild so a dollop of chimichurri was added for zing.
John the poacher didn’t turn up with the mushrooms, so no Fun Guy!
I had a sleepless night thinking of what dish I could make with banana skins. Of course there is the bbq favourite of a chocolate flake inserted into a banana but I wanted something savoury. Hmmm, a banana curry? And then I had the inspired idea of using a glacé cherry to make a clowns nose with a baked stuffed curry banana as a ‘smile’. When it comes to conceptual cooking, move over Heston!
By this time I was exhausted so I cheated. I bought the gnocci gnocci who’s there? Baked them as a gratin with a tomato sauce and tons of parmesan.
Cheese board: Wallace & Gromit Wensleydale (the factory was going out of business until W&G made Wensleydale popular again); Stinking Bishop (hee hee); and, cheese strings. This was served with home made rhubarb compote, mini cocktail gherkins and crackers (fnar fnar).
Pud: custard pies of course! 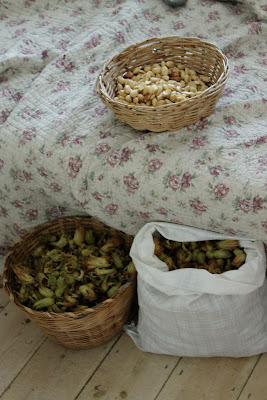 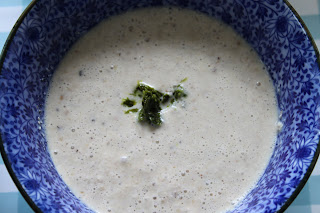 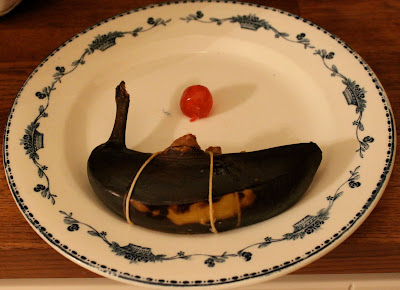 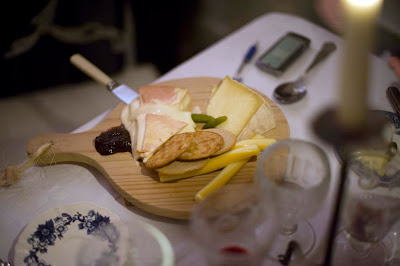 The comedy
Josie Long compered a brilliant mix of comedic styles. I laid a chef’s table in the little dining room next to the kitchen for them to sit, drink, eat and chat between acts “Lovely!” said Chris Neill “a children’s table!”
Josie asked all the guests to write down their worst cooking disasters on a piece of paper. Here’s a few that I remember:
“Once the cat ate my camembert” said one.
“We didn’t have a dishwasher so we decided to put the plates, knives and forks in the washing machine with towels. It didn’t work”
“I was making a meringue and put it in the roasting oven rather than the simmering oven. It was charcoal!” said another.
“You couldn’t get more middle class than that!” said Josie. 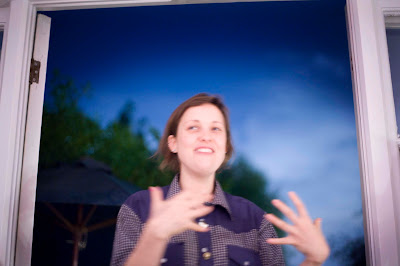 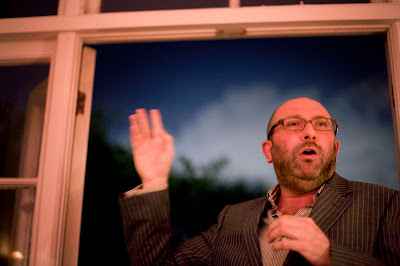 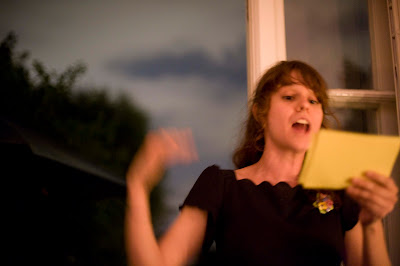 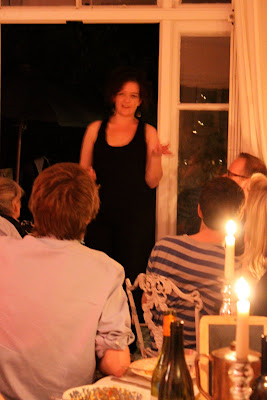 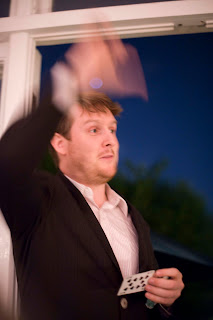 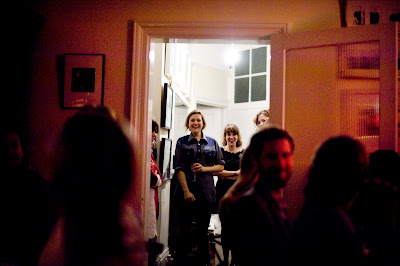 Josie and the other comedians watching from the doorway. pic:Gavin Rodgers (for more pix see his website)

The setting
The comics performed on the doorsill of the french windows “the stage is only 2.5 inches wide” commented Chris Neill. One of the comedians remarked that normally in nightclubs, the punters faces are in the dark. Here they were candlelit.
Tim Key mentioned how strange it was to perform without a microphone.
An audience of thirty had a whole evening’s entertainment in an intimate setting. It worked so well! Beyond any expectations! Thanks so much to Josie for organising the performance side of it…I think we’ve started a little revolution here.
Maeve Higgin’s sister Lily is a keen cook and is planning to do something similar in Ireland. 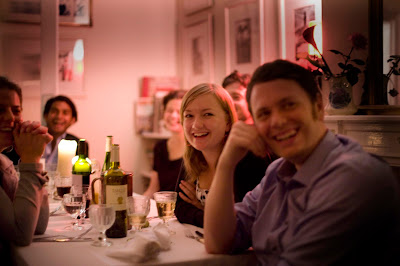 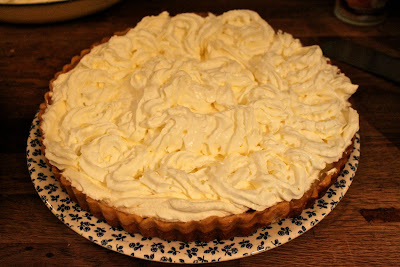 Don’t forget to buy your tickets for The Underground farmers and craft market on September 19th £5 entry only.