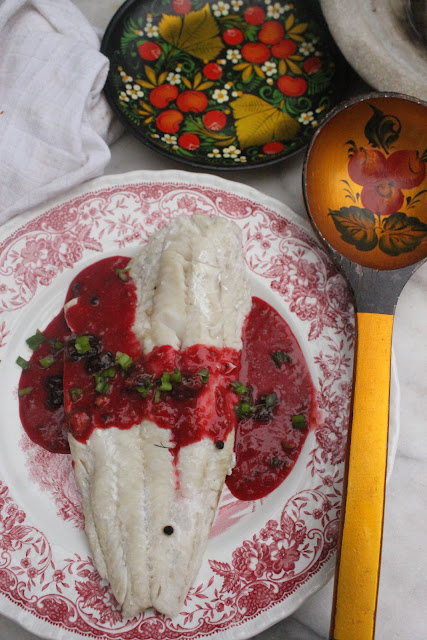 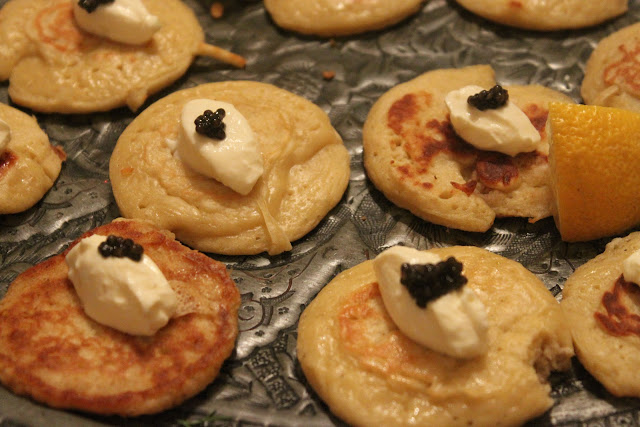 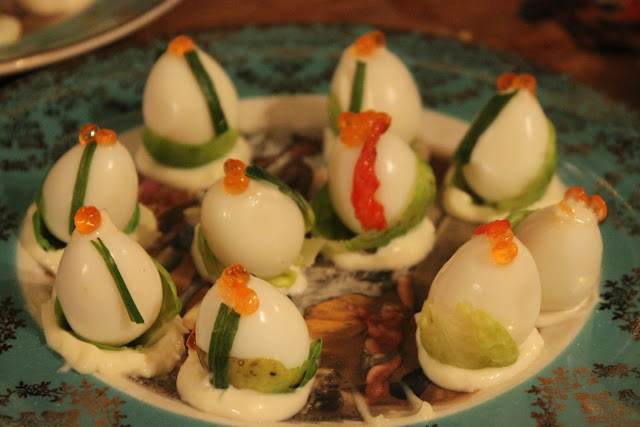 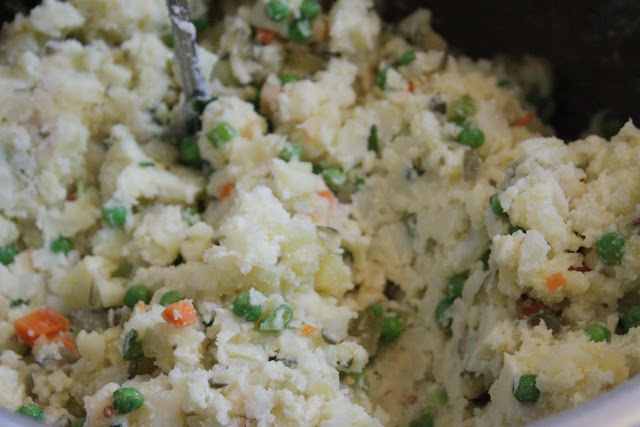 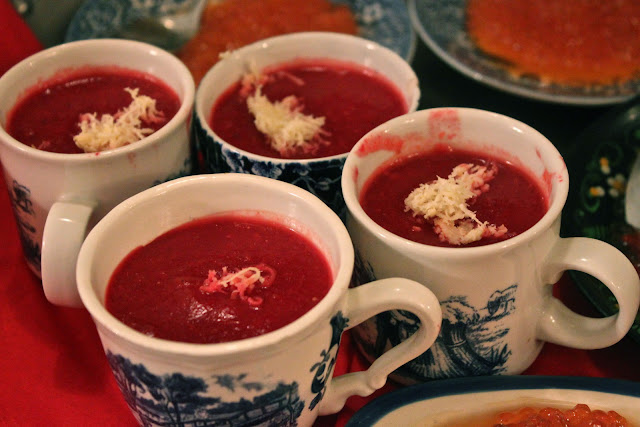 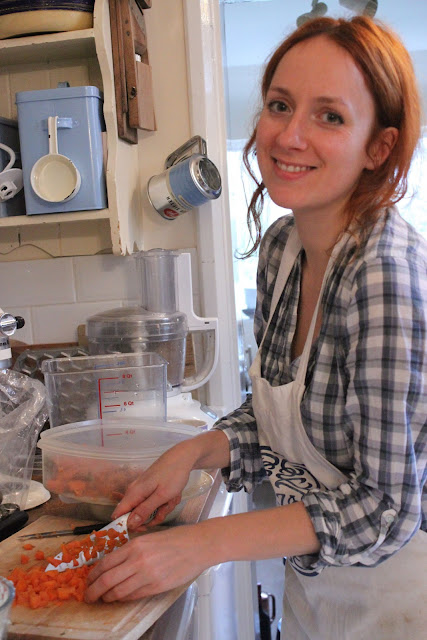 Katrina Kollegaeva of the blog Gastronomical me. 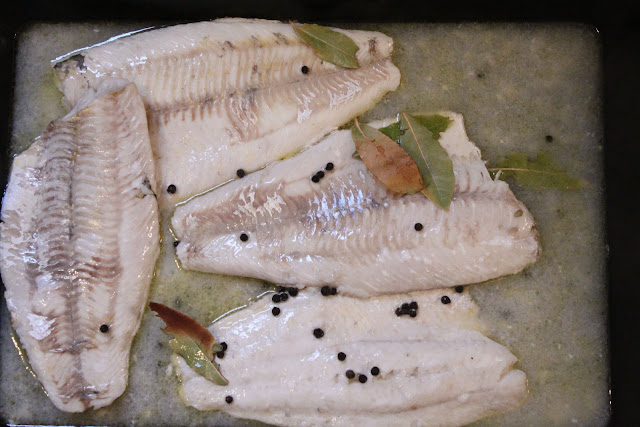 Zander poaching in peppercorns, white wine and bay leaf
Topped with a cherry sauce. I took the recipe from this book A taste of Russia by Dara Goldstein. It’s hard to get sour cherries in this country and, as I had never tasted this dish, I just had to guess what it should taste like. I used dried sour cherries and sour cherries in jam. For many guests this was their favourite dish. To define it is difficult: like describing a new colour. It was sweet and sour which contrasted nicely with the meaty pale fish. I couldn’t get hold of sturgeon which is rather boney and prehistoric looking, so I used another typical Russian fish..’pike’ or ‘zander’. 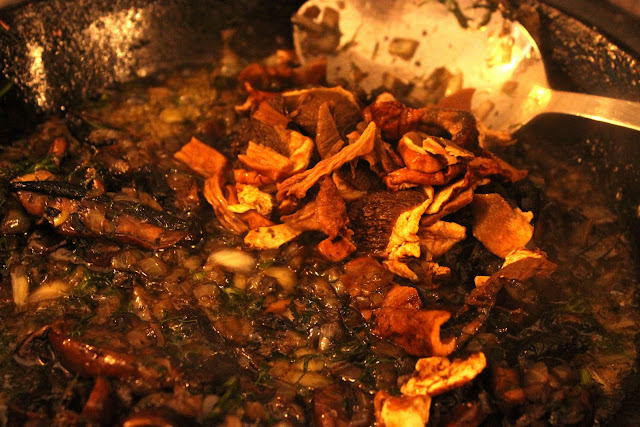 Wild mushrooms and onions fried in plenty of butter, the start of the stuffing for the cabbage 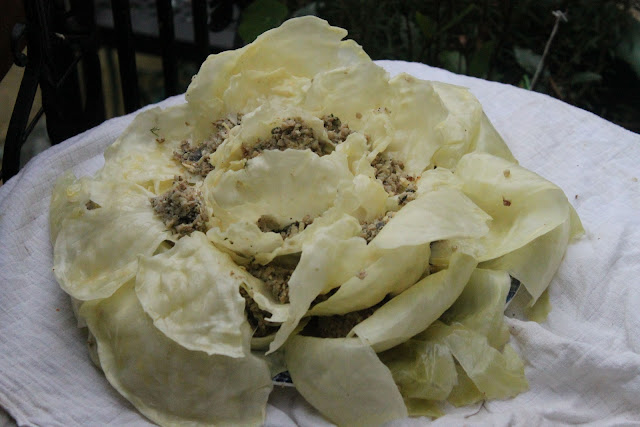 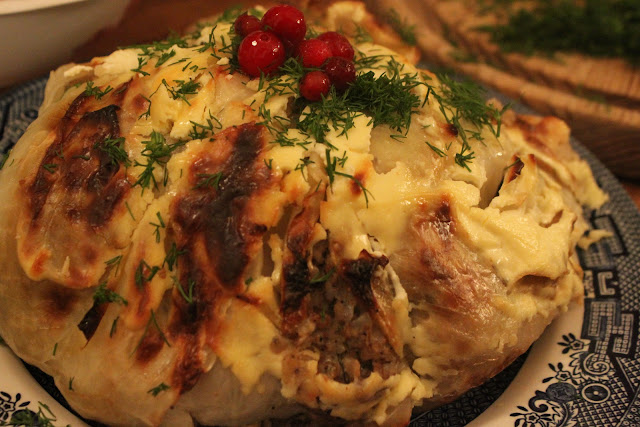 Another adapted recipe from A taste of Russia: whole stuffed baked cabbage. As the original recipe was with meat I made up my own recipe.

Serves 8
Whole white cabbage
200g buckwheat
100g of fresh dill
100g or so of wild or fresh mushrooms
2 white onions, finely diced, fried in butter
1/2 teaspoon of ground cumin,
300ml of sour cream.
200g of grated cheddar cheese.
Salt
Fresh ground pepper.
100g of butter
150ml sour cream
Fresh dill and cranberries
First boil or steam a white cabbage. Leave to cool
Boil about 200g of buckwheat until soft.
Preheat the oven to 180cº.
To this mixture, add the fresh dill, mushrooms and white onions, ground cumin, sour cream, grated cheddar cheese.
Then add salt and plenty of fresh ground pepper.
Leave to cool.
Take your cooled cabbage and carefully open out the leaves, at the end it looks like a flower.
Melt the butter. Brush all the leaves with the butter.
Using a tablespoon, pack a spoonful of mixture into the base of each leaf.
When finished, pull all of the leaves up, and close the cabbage.
I tied the cabbage with kitchen twine. Place in a buttered baking tray.
Pour any remaining butter over the top  of the cabbage and bake at 180C for 30 minutes.
Then take out the cabbage and cover it with sour cream.
Bake for another 20 minutes.
Remove the whole thing to a plate.
Snip off the strings.
Garnish with fresh dill and cranberries.
It can be sliced like a cake and would probably make a rather nice christmas vegetarian dish. 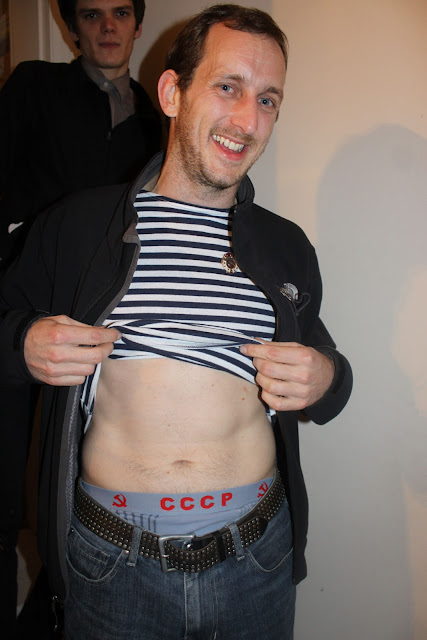 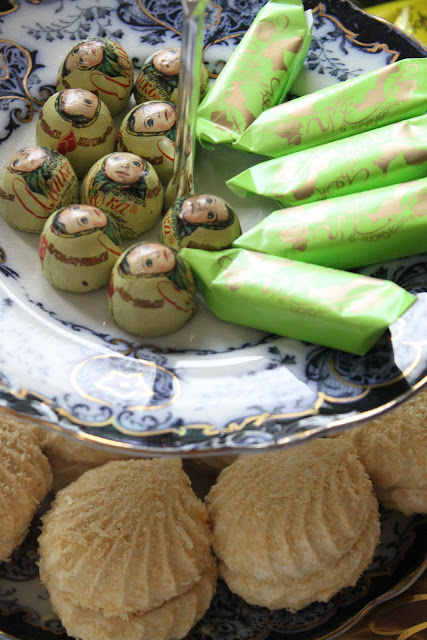 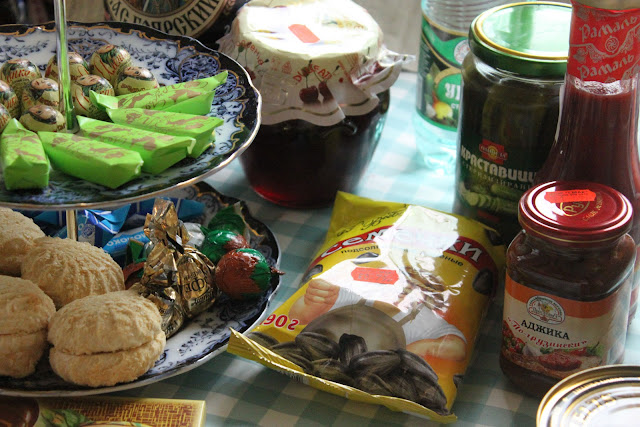 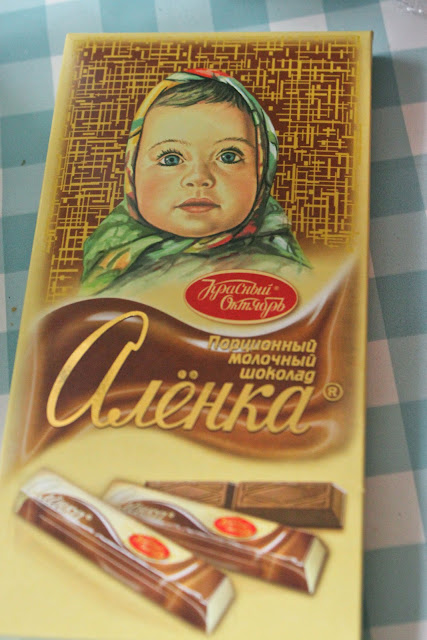 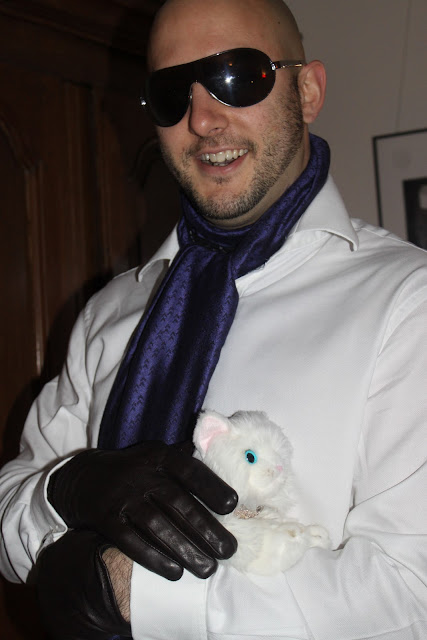 One guest came as a Russian ‘baddie’ from Austin Powers 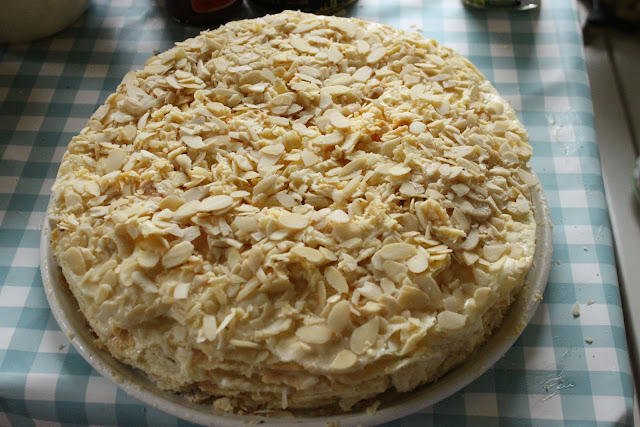 The Napoleon cake. Literally this was wolfed down so fast that there were only a few crumbs left. I also made a baked Russian apple Charlotte, named after Queen Charlotte, George III’s wife. It was also delicious but I forgot to photograph it! The recipe was very fiddly, required bread to be soaked in rum, sugar then baked for ten minutes then fried in butter then used to line a Charlotte tin leaving no gaps. The inside is an apple purée with various spices. It is then covered and sealed with the fried sugary bread and then baked for 40 minutes.
People got very very drunk at this supper club, probably due to the shots of vodka between each bite. One couple went a bit odd towards the end: the woman bit the man on the chest, drawing blood. Oh well, that’s The Underground Restaurant for you. 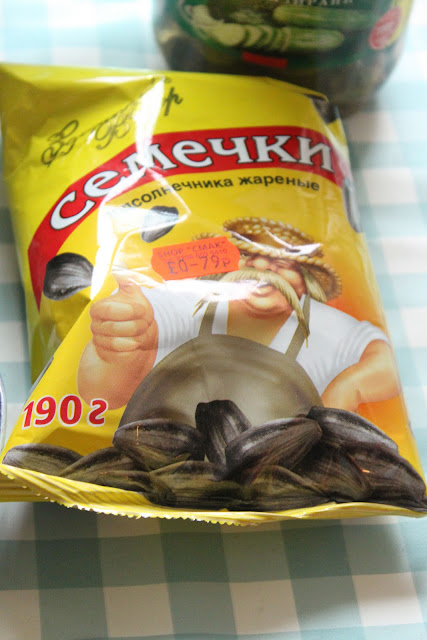