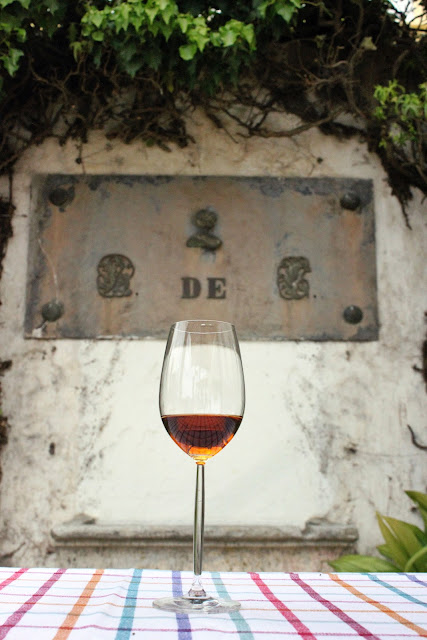 It’s afternoon, I’m in the Sherry hotel and I’ve been drinking sherry for 48 hours straight. Hard core eh? However this is not a mumsnet Sherry bender version of Fear and Loathing in Las Vegas, for I’ve been invited by Tio Pepe to Jerez, the Andalucian Spanish town which is home to Sherry. 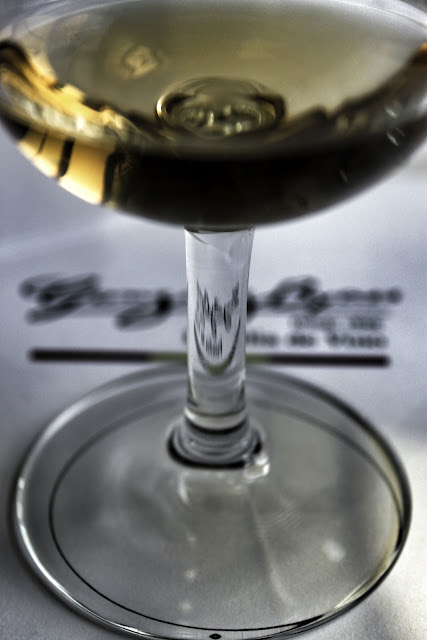 Sherry, as every self-respecting food and drink hipster knows, has moved on from granny Christmas tipple: sherry bars such as Pepito in Kings Cross hum to orders of ‘Fino’ and ‘Make that a PX’. There is a range of sherries; from dry, citrusy and light ‘Fino’ to heavy, syrupy, raisin-hued ‘Christmas in a glass’ Pedro Ximenez or ‘PX’.
In between those two extremes, we start with the 100% Palomino grape sherries: Vina AB, Alfonso, Leonor then Del Delque (aged 30 years) then moving towards more sweetness we add different amounts of PX grape: Apostoles (13% PX), Matusalem and Solera 1847 (25% PX), and lastly Noe and Nectar (100% PX). The last is basically pudding rather than a drink. 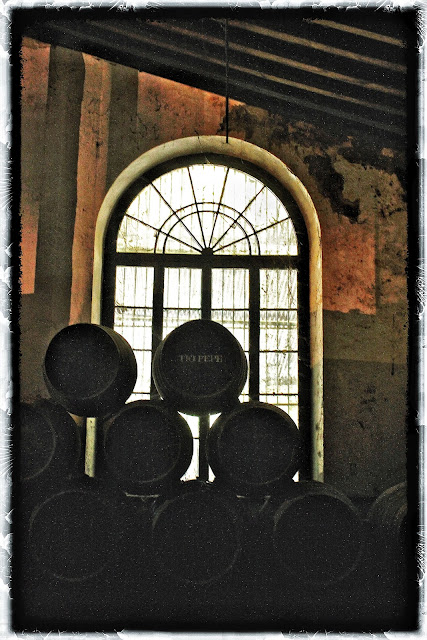 I learnt about the Solero method of blending Sherries: I’ve had it explained before but somehow my brain couldn’t understand it until I was physically standing in front of a “leg” of barrels in a darkened cellar in Spain. By the way, the swelling odour of Sherry cellars is remarkable: vanilla, chalk, figs and dirty sex. 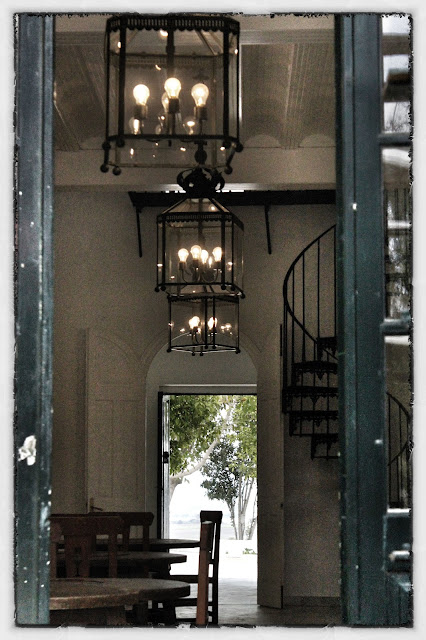 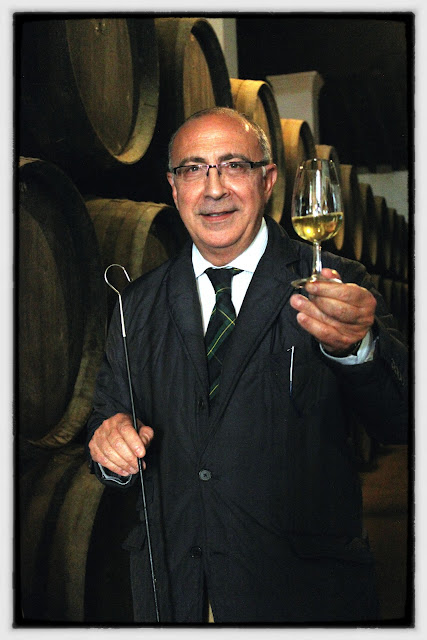 Antonio was conceived and born above the Tio Pepe cellars.

I often feel Sherry matches better with food than wine; the virtually savoury, almost salty, flavour brings out the best in Spanish food.

I did two tapas tours: one in El Puerto, near Jerez, which primarily serves seafood and another in Seville, hosted by a lady I met through Twitter: @sevillatapas. Go and find out more about tapas at her site here.  She took me to places I could never have discovered on my own. The food was incredible. I also visited a Seville supper club hosted by @lebanicious which I’ll write about in another post. 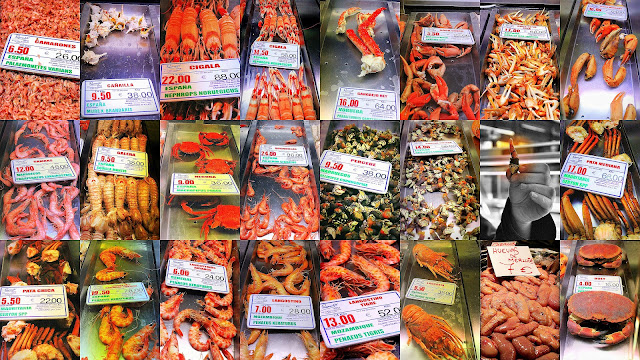 Spaniards have an incredible array of seafood. Prawns aren’t just prawns, the Spanish know each type and want to know where it’s from. Click on the collage to see more. 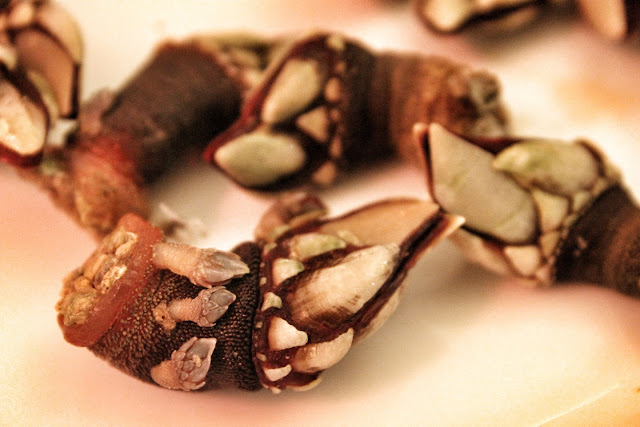 Personally I found these pretty horrifying; goose barnacles. People risk their lives climbing down cliffs to get at them, so they are very expensive in this country. 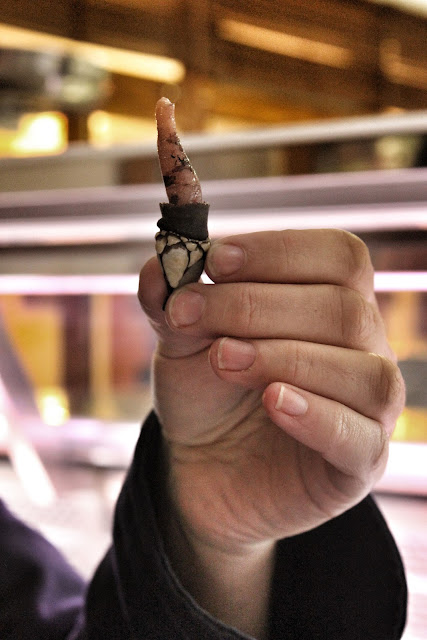 Here is a close up of the inside. Gross. 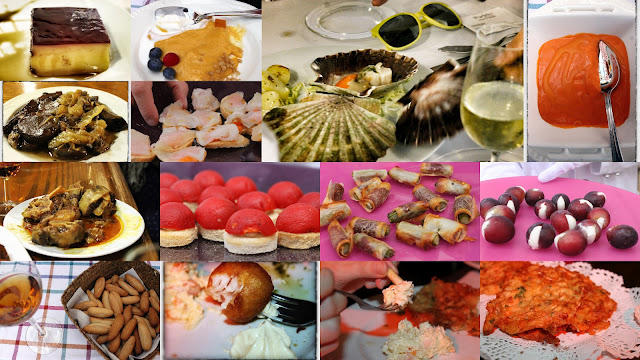 Tapas and dishes I had in Jerez 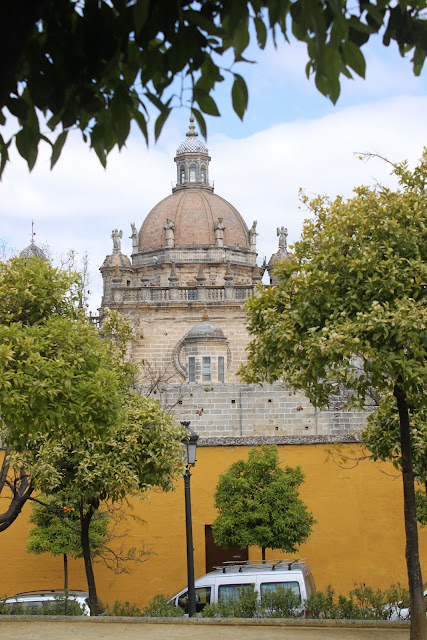 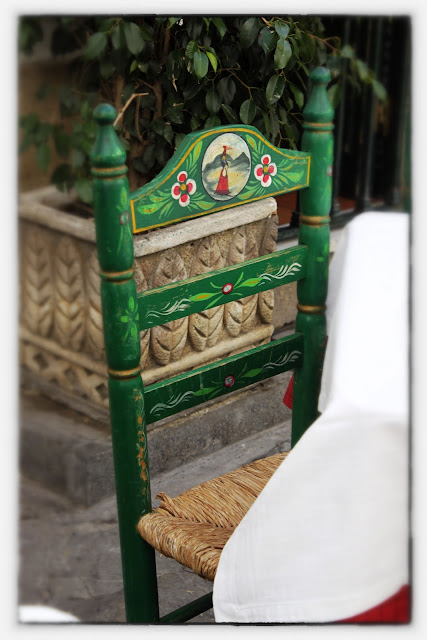 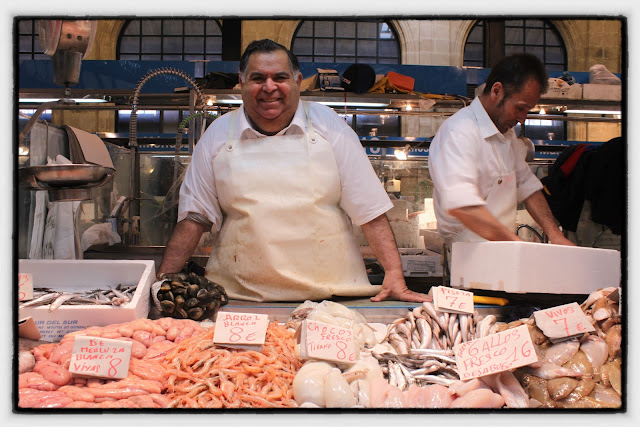 The market in Jerez: well worth a visit. 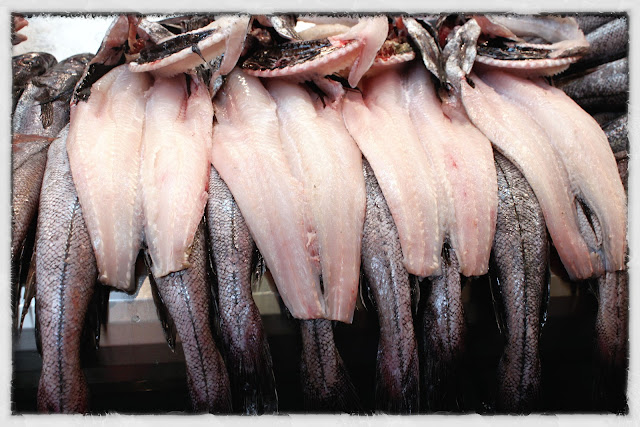 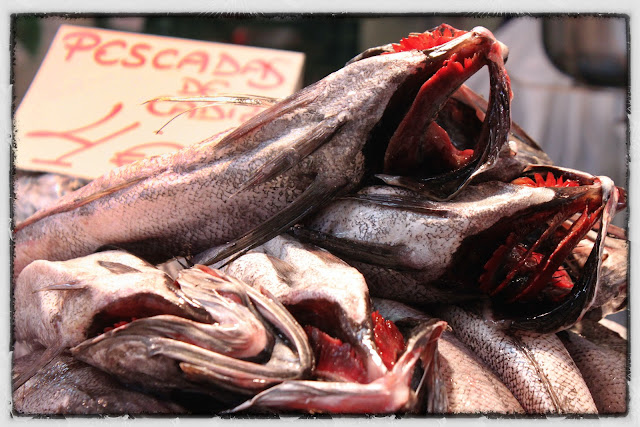 At the market, the heads are pulled wide to display the  red gills; a sign of freshness 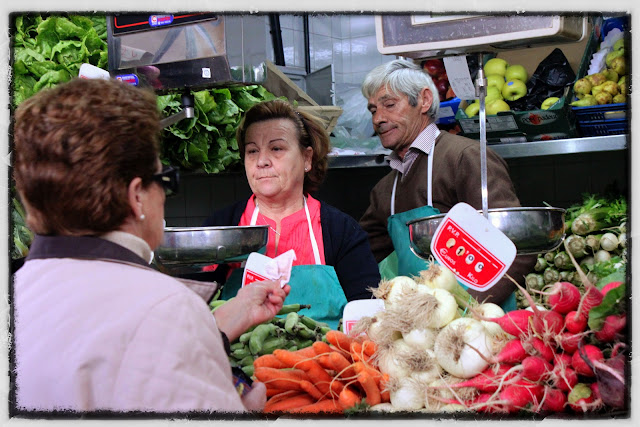 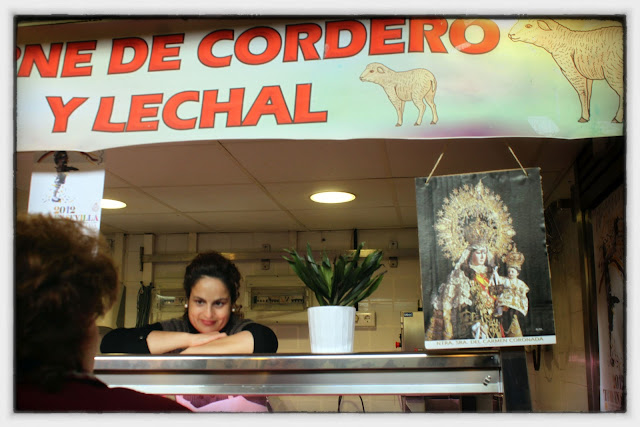 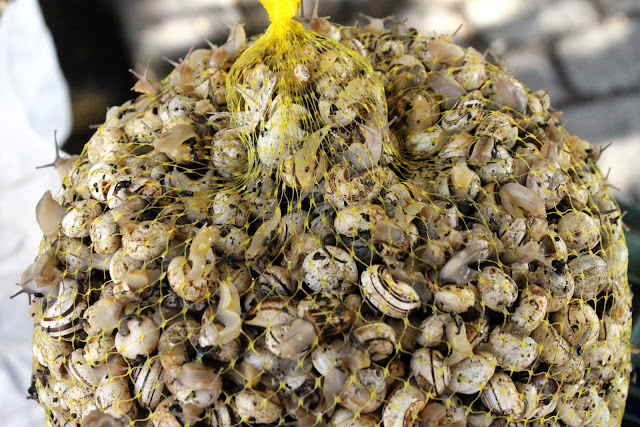 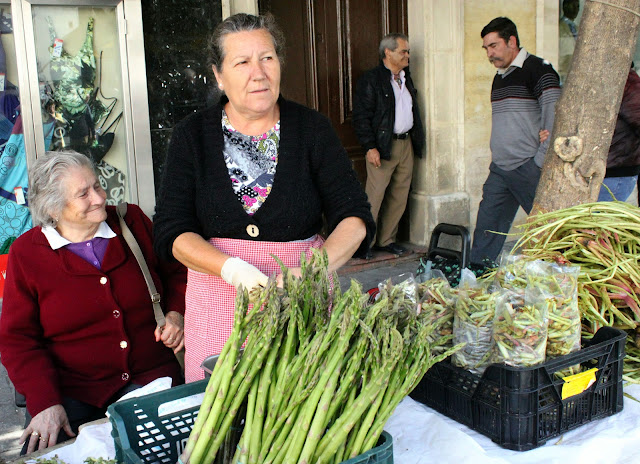 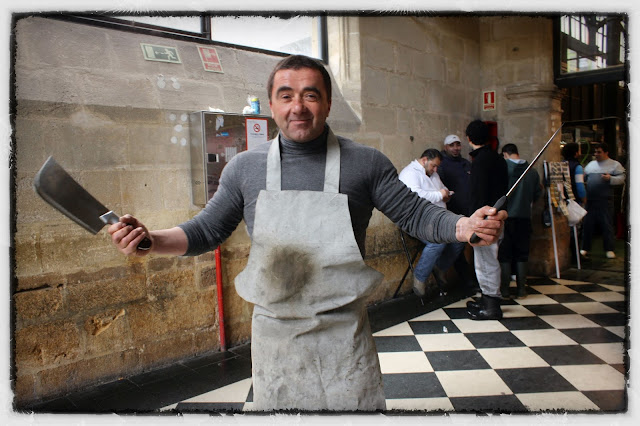 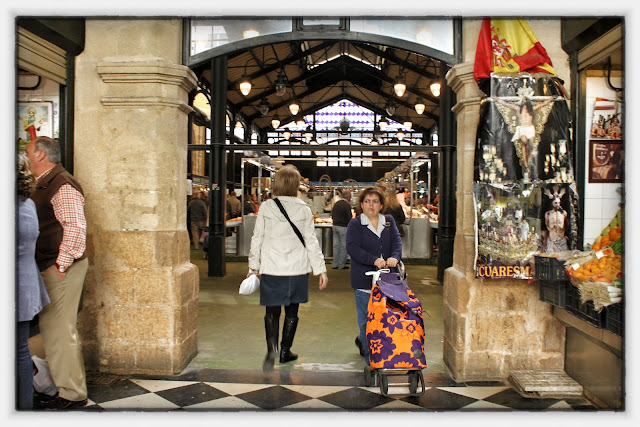 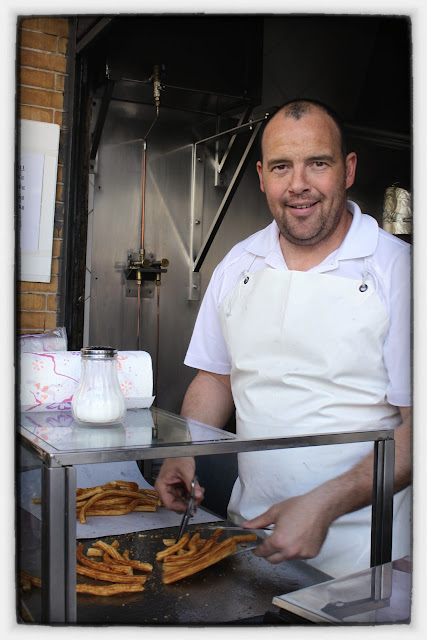 Churros maker; they were salty then had sugar sprinkled on them. 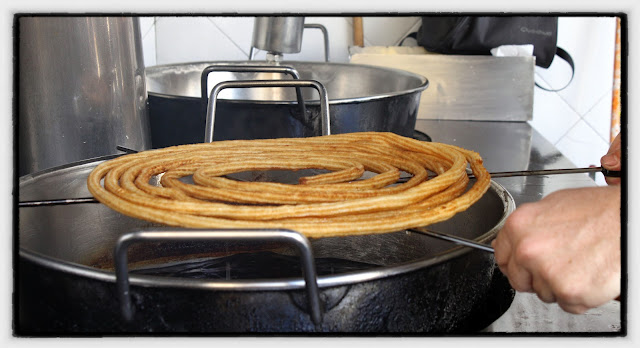 The bullfighter on the left with the eyepatch is Juan Jose Padilla, whose picture went around the world when his eye was gouged out by a bull. Padilla is from Jerez. He returns to fight, less than a year after his accident, in the Jerez feria in May. The top bullfighter makes money; it’s one of the few ways out of poverty. In Southern Spain, the recession has hit hard, almost nobody under 25 has a job.

Spanish haberdashery: I bought this ribbon for my shelves 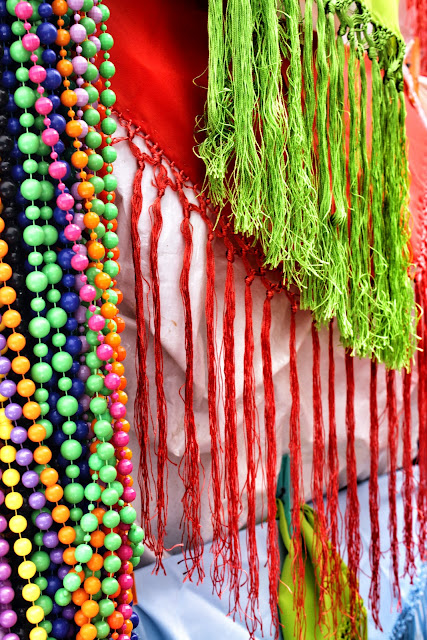 Previous Post: « How to graft your own tomatoes for disease resistance
Next Post: Postcards from the fridge: Georgia and Spain »