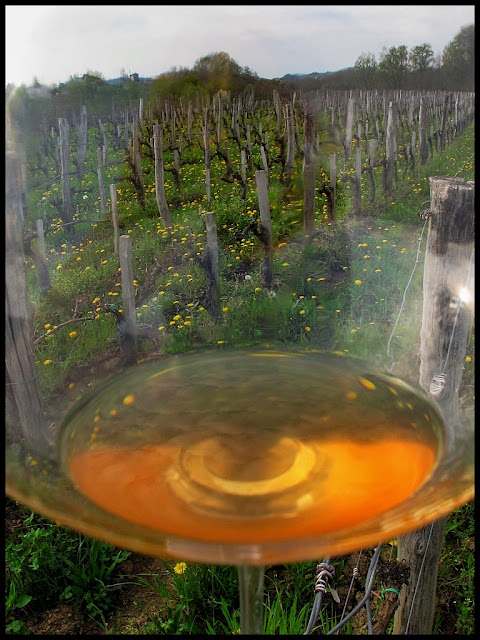 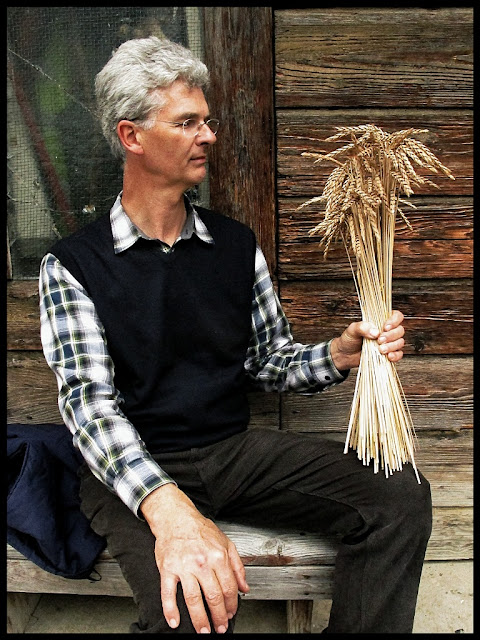 As well as wine, the Mlecniks also grow spelt. 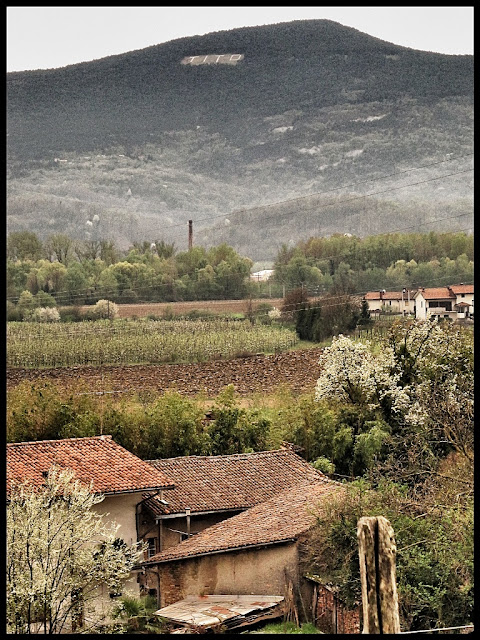 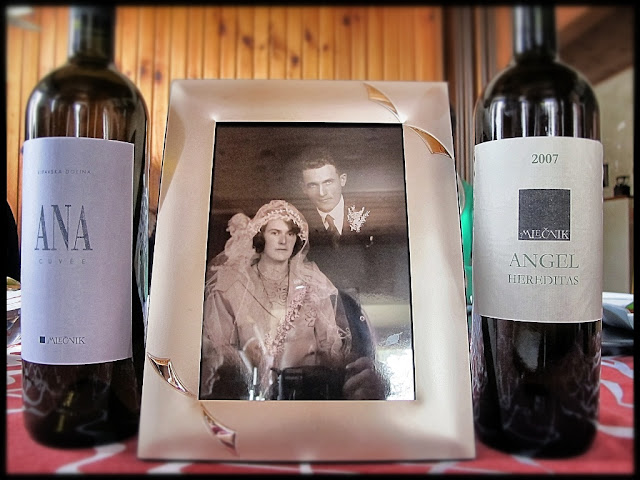 These wines are named after the Mlecnik grandparents: Ana and Angel 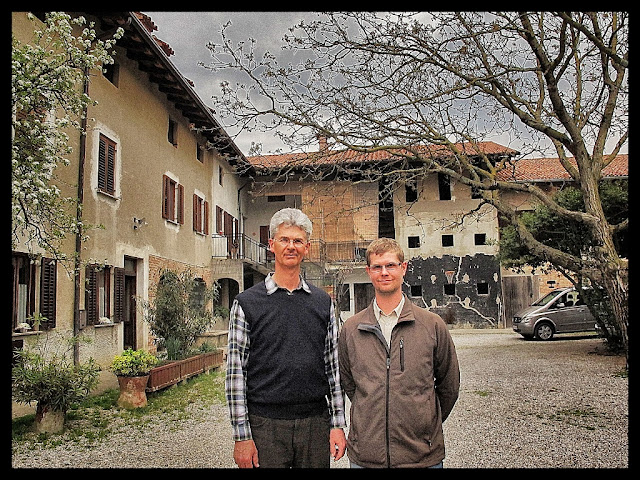 Valter Mlecnik and his son, Klemen 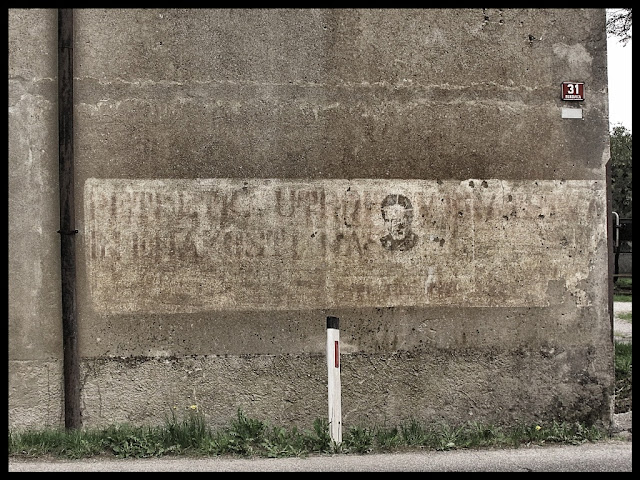 Lush. Slovenia is lush. Telly Tubby green hills with stepped terraces, a Northern Tuscany. On the way from Trieste airport in Italy, one side of the road is Slovenian, the other Italian. This played havoc with my phone data roaming. I’d racked up a bill simply by sitting on the wrong side of the car, near the middle lane.
I screwed up straight away, asking the guide “You use the euro in Slovakia don’t you?”
“You are in Slovenia, not Slovakia”he said.
“I’m sorry”
“That’s ok. I’m used to it” replied our guide.
This tiny country is new. Once the northernmost tip of Yugoslavia, elbowed between Italy and Austria, it was a region not a country. During the communist era, Slovenians did their shopping in Italy, smuggling back fashionable jeans by wearing several pairs at once. Only trouble was, it took all day to queue at the border, there and back.
Slovenians were the first to leave Yugoslavia, slipping out before things got nasty: yelling ‘see ya, wouldn’t wanna be ya’ as they ran into the arms of Western Europe.
Although their language is Slavic, they don’t consider themselves to be Eastern Europeans. Most of them speak fluent Italian as a second language.
We were here to try the celebrated ‘orange’ wines: skin-macerated white wines, marmalade-hued and natural. We met the Mlecnik family on their large property. During the communist years they were only allowed to live in part of their house, their farm was confiscated in 1964.
“My great grandfather was clever”explained Klemen, the son “he joined the local cooperative, so we were allowed to stay on the farm”.
They got their farm back in 1986. On the side of the building and up in the hills one can still see the old communist propaganda. The name Tito is scratched out and renewed annually on the hill.
“Who does this?” I ask.
“Working people want to return to communism. They want an easy life, eight hours a day, then to forget about work. They preferred their lives before. But if you want to do something, to achieve, you are happier now”
The guide explained also “before everybody got paid the same, good wine or bad wine. They planted for mass production, not quality. So why bother?”
“Are you saying that communism doesn’t work?” I ask.
He laughs.
These winemakers are relearning the old ways. Their wine is ‘natural’, biodynamic, organic. Vineyards have meadows between lyre shaped rows, wild flowers, wild leeks, geese. Lush. That word again.

With experimentation they realised it was best not to prune early, for new growth susceptible to disease. Instead they tie up the vines. Then they discovered grandparents did it that way. 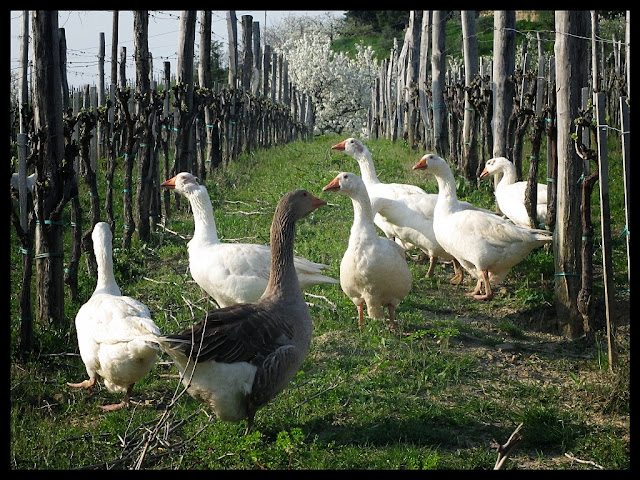 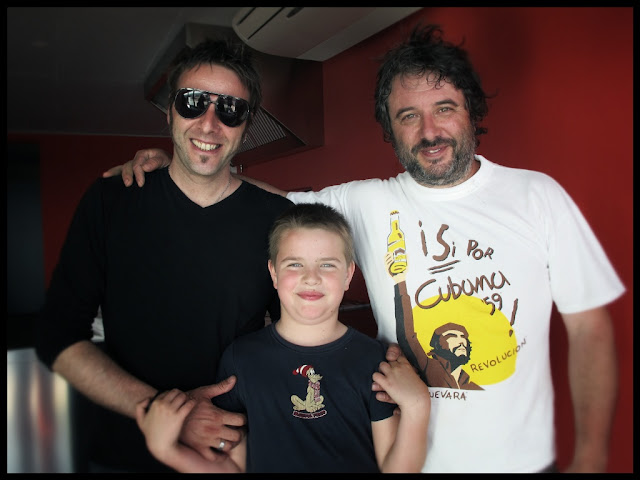 Aleks Klinec vineyard in the village of Medana. He rides around on a bright yellow vespa and listens to chill out rave music with his Oasis styled brother. 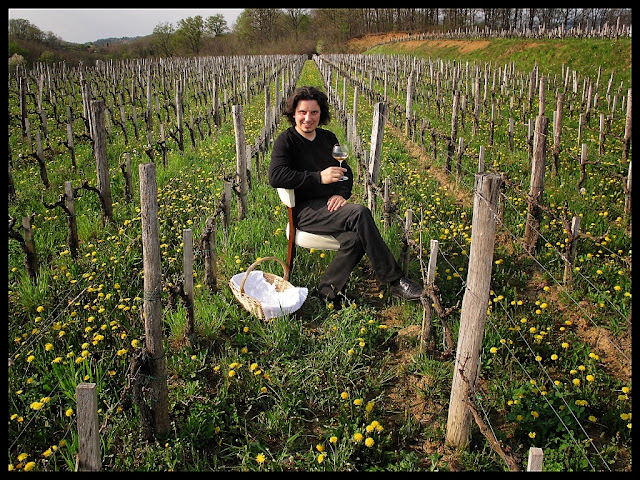 Miha Batic, of the Batic vineyards, with impressive Jay Rayner hair, is 30 years old. His family has owned the vineyard since 1592.
“In this region, nobody ask you what you will do when you grow up, because they already know” 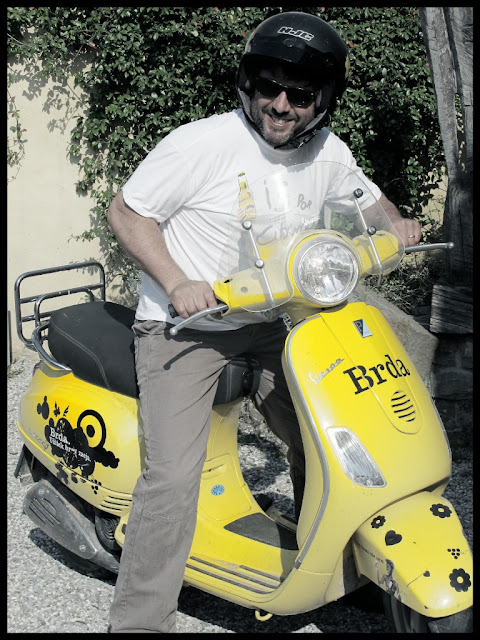 To find out more about Slovenian orange wines, visit the RAW wine fair in London on May 19th and 20th. Tickets available here.
Na zdravje! Cheers!