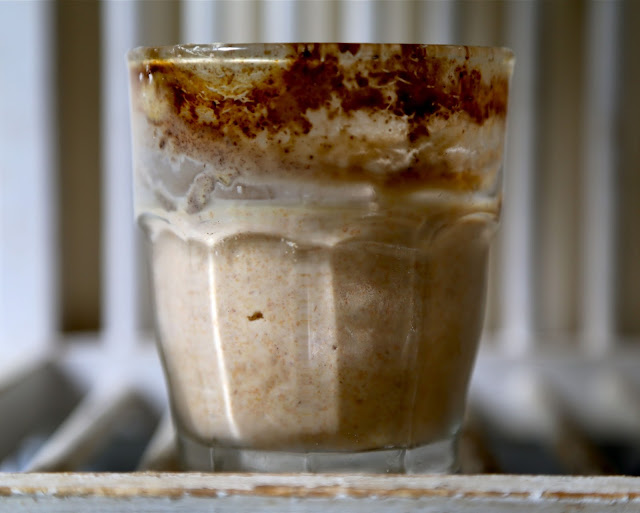 We are talking, of course, of sourdough. To make sourdough you either buy or create a ‘mother’, also known as ‘chef’ or ‘starter’. This is a basic flour and water mixture, which is fermented, that you ‘feed’ continually so that it remains active and potent. With a sourdough mother, you do not need to use commercial yeast, either fresh or dried.
Eating bread made with a natural sourdough fermentation as a raising agent, has many benefits:

It would be disingenuous however to pretend that is easy. It isn’t. I’ve been making sourdough regularly for six months now. I don’t bake a loaf every day so it’s been difficult to keep my sourdough mother is good health.
I went away for five weeks in May and kept my sourdough mother in the fridge. When I returned I fed it up, with a mix of flour and water and it seemed to gurgle back into life. Then in the July heatwave, I left my sourdough mother on the kitchen counter for several days, without feeding it. Since then, it seemed moribund.
Normally when I feed it, it bubbles up and over the top of the jar. But it stopped doing that. It also started to smell alcoholic, grow a bit of mould and a dark liquid on top. Was it dead? Had I killed my mother through neglect?
The Real Bread campaign has named this month Sourdough September. So this weekend I attended a sourdough clinic by baker and author Emmanuel Hadjiandreou who wrote the award winning baking book “How to make bread’(Ryland, Peters and Small), beautifully photographed by Steve Painter.
It took place at The Baking Lab, in an unprepossessing council property from the outside but a ‘bijou’ light and airy baking space for a cooking school within. I’ve been there before to learn more about bagels and pretzels with Maria Mayerhofer, a Danish baking teacher.
So I carried my neglected furry jar of Kilburn sourdough, through the rain, to be healed.
As soon as I arrived, Emmanuel, who looks like a combination of Harry Potter and Popeye, round eye glasses and bakers’ biceps, beckoned us over. He sniffed at my jar and held it up to the light. He then stuck his finger into the mixture and tasted it, wincing. Examination over, he diagnosed neglect but declared the patient not dead. “That’s still alive!” he pronounced in his stringent South African accent. So, after consultation, I have compiled a list of sourdough ailments and the remedies. 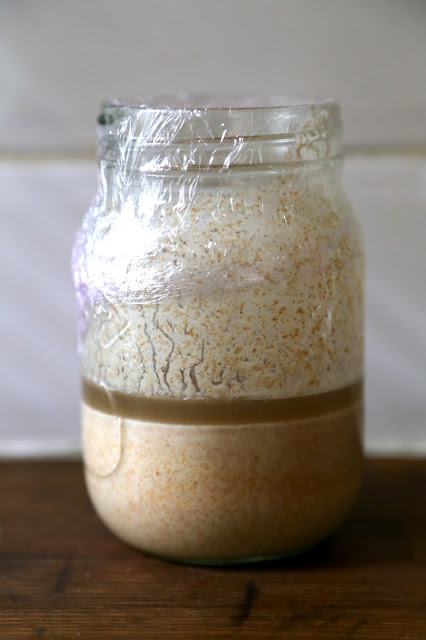 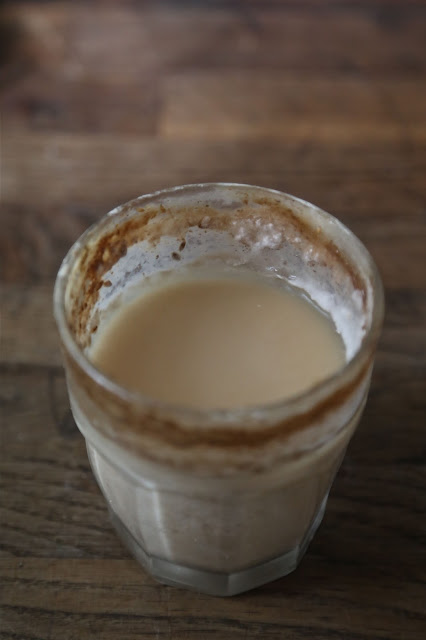 Problem: mould around the rim.
Cure: transfer it to another clean jar.
Preventative measure: if you are not feeding your sourdough every day then keep it, well sealed, in the fridge. Feed the fridge mother, two or three times a week ideally.

Problem: funny smell.
Cure: feed it.
Sourdough is comprised of two acids: acetic and lactic.
Acetic is the vinegary smell and taste.
Lactic is a cheesy smell.
Healthy sourdough can smell like silage. Wheat is, after all, a grass.

Problem: it doesn’t bubble up when fed.
Diagnosis: does it still have some bubbles? This is why it’s good to have your mother in a clear container, so you can hold it up and look all around it. If there are still some air bubbles, there is hope.
Cure: feed it if there are bubbles.

Problem: black with thick layer of mould.
Cure: Scape it off carefully, trying not to disturb the underneath, and discard the mould. Feed. This is revivable if it has bubbles.
If no bubbles, erm, sorry but it’s dead and you will have to start again. However it’s actually rather difficult to totally kill a sourdough mother. Bread is the safest product because you bake it at high temperatures.
You can even use the dark liquid to make vinegar.

Problem: it smells like nail varnish
Diagnosis: the bad bacteria have taken over.
Cure: Chuck it and start again. You could take 7 to 10 days to feed it up again but the bad bacteria might come back.

How to refresh a dormant sourdough for a pre-ferment:
Take 5g of the sourdough.(Keep the mother sourdough however, put it back in the fridge)
Add 50g of wholemeal, rye or strong white flour. Rye is best really, it really gives flavour.
50g of water.
Stir.
Leave overnight.
If it’s not bubbling do this again.
Once it bubbles, make bread.

How to feed/refresh the rest of the sourdough every so often:
Get a scale, weigh out 100ml of the sourdough. Chuck the rest.
Add 100g of rye flour
Add 100ml of water
Mix. Leave for 24 hours. Put it in the fridge, covered with cling film.
Feed once a week/fortnight/month. I do it once a month, it’s still ok. 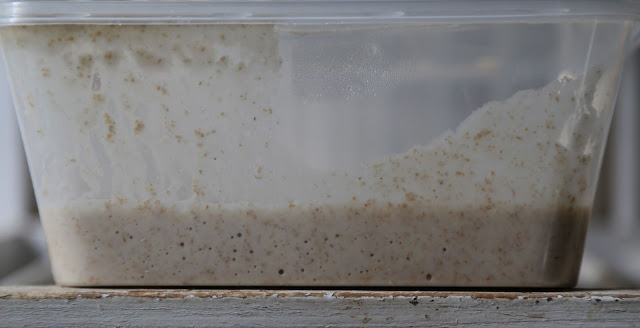 More notes on sourdough from Emmanuel:
“You never cook bread, you bake it”. Baking is in the oven, cooking is on top.
You can freeze your mother in 75g increments.
Bakers always take home a little of their sourdough after a days work in case the other bakers sabotage their mother.

*in the recent debate about austerity food bloggers v Jamie Oliver’s recent book ‘Save with Jamie’, writer Alex Andreou noted that cheap bread doesn’t go stale, it goes mouldy.  For what to do with your stale sourdough, go to this post, a recipe for Panzanella salad or bread salad, it’s delicious.

Previous Post: « 20 tips to become a better food photographer
Next Post: How to make a sourdough loaf in 15 easy steps »