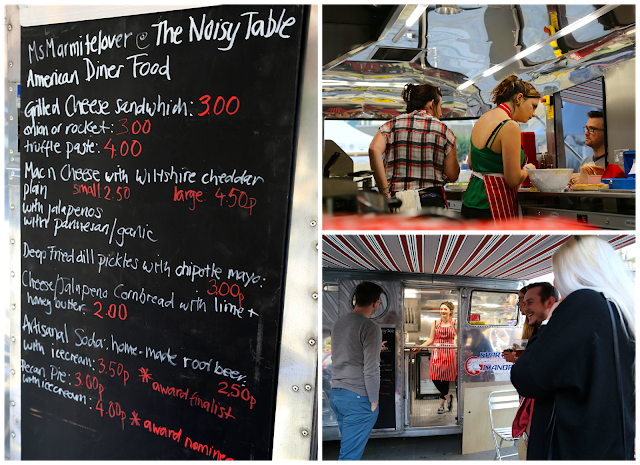 Recently returned from Portland, centre of the street food world, I collaborated with The Noisy Table to participate in the British Street Food Awards in Leeds. I first met Noisy Table’s Nicola Baker when she worked for me as a chef at Camp Bestival. I’ve been watching her progress on Facebook for the last couple of years since she shipped the shell of a vintage (1947) ‘airstream’ style (Sparton Manor built by the Spartan aircraft company) trailer from the States. Nicola has completely refurbished the inside as a food truck, with 6 burner oven, hob, griddle, fryer, several fridges and freezers. It is truly beautiful, almost like the interior of an aeroplane.
Then I saw a message from Nicola, a single mum like myself, on Facebook saying she hadn’t got any bookings and was considering selling it and giving up on her dream of taking it on the road. Well we couldn’t have that, could we?
So I messaged Richard Johnson, supremo of the British Street Food awards, taking place this year in Leeds. I came up with an American-inspired menu. Nicola arranged for The Noisy Table to be towed up to Leeds. We managed to accomplish this in about four days.
This morning we switched on the oven, hob, griddle and fryer for the first time. There were teething problems; no fire extinguishers for the gas bottles, the water pump wouldn’t work. Some of the ingredients we had ordered didn’t come up to scratch, always a problem when using new suppliers. But we opened at 4pm and sold out of everything by 9pm. Here is what was on the menu:

Home-made root beer (with float option) (*our entry for the drinks section in the awards)
Mac and cheese with either: truffle paste, parmesan and garlic breadcrumbs, tomatillo and jalapeño salsa (grown in my London garden)
Grilled cheese sandwich with rocket on sourdough
Black bean and chocolate soup
Smoky cheese and jalapeño cornbread muffins with lime, honey and chipotle butter
Fried battered dill pickle spears with chipotle mayonnaise
Pecan pie with vanilla ice-cream (*our entry for the dessert section in the awards)

Tomorrow it’s a double shift but in some ways it’ll be easier, we know this works, we know people like the food, we know, just a little bit more, what we are doing.

We’ll be serving for breakfast:

Street food, like supper clubs and underground restaurants, is a chance for talented cooks without big budgets to start up a business. You are getting a restaurant-quality dish for the price of a fast food meal. And I have to say, I love doing this sort of seat of the pants stuff, took me back to the early days of starting the supper club/pop up revolution, to my Underground Farmers Markets. You are on your mettle, you push yourself until it hurts, there are always a few tears but also big laughs, plus it’s fun working with a team.
Here are some pictures of the day, plus some of the other amazing food stalls in the British Street Food awards. This can only get bigger… 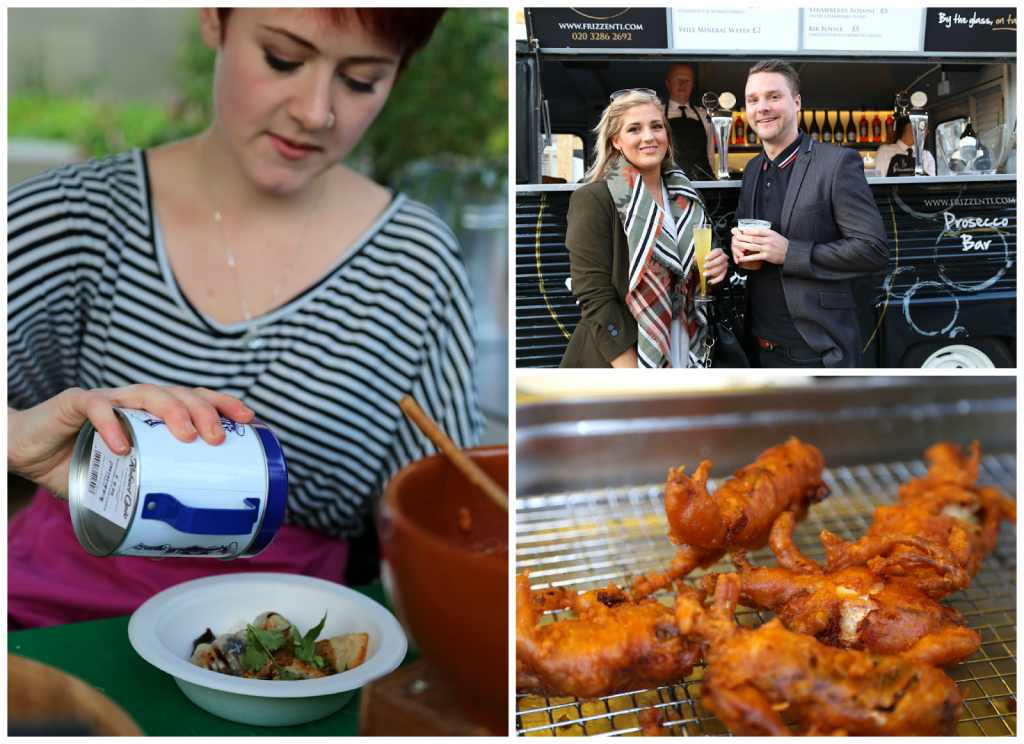 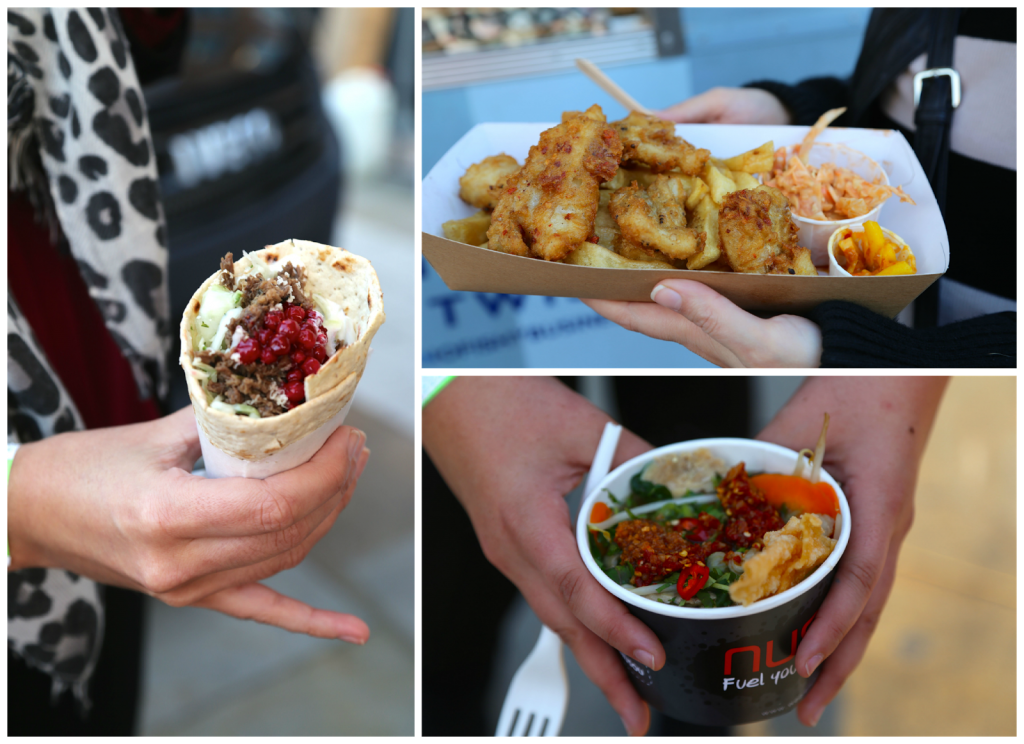 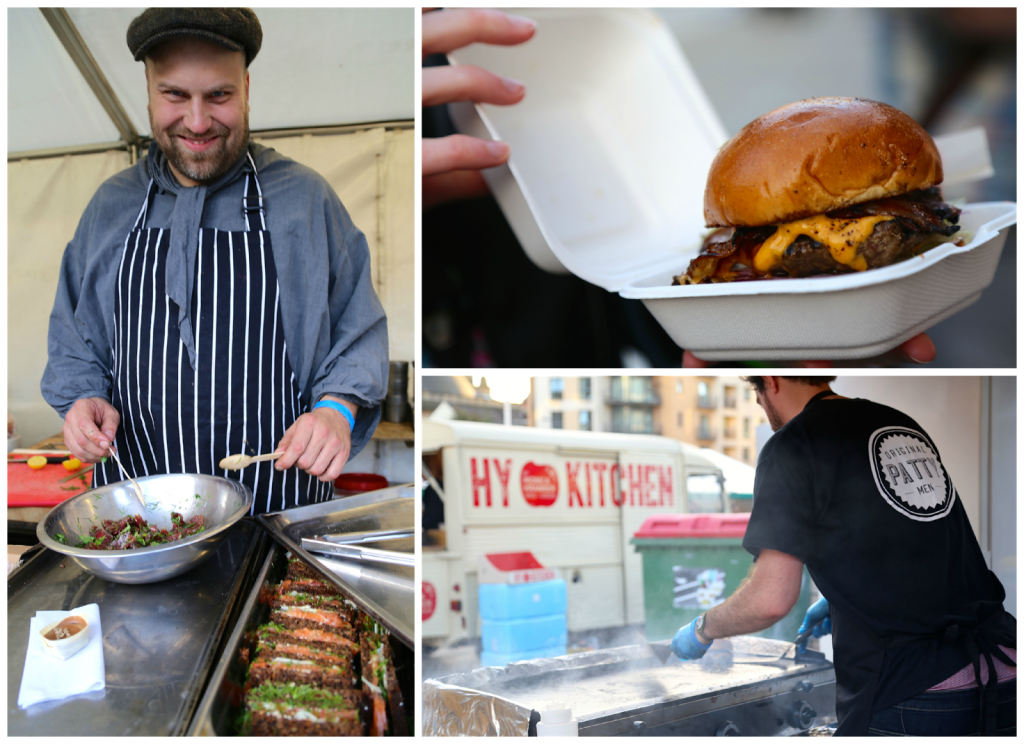 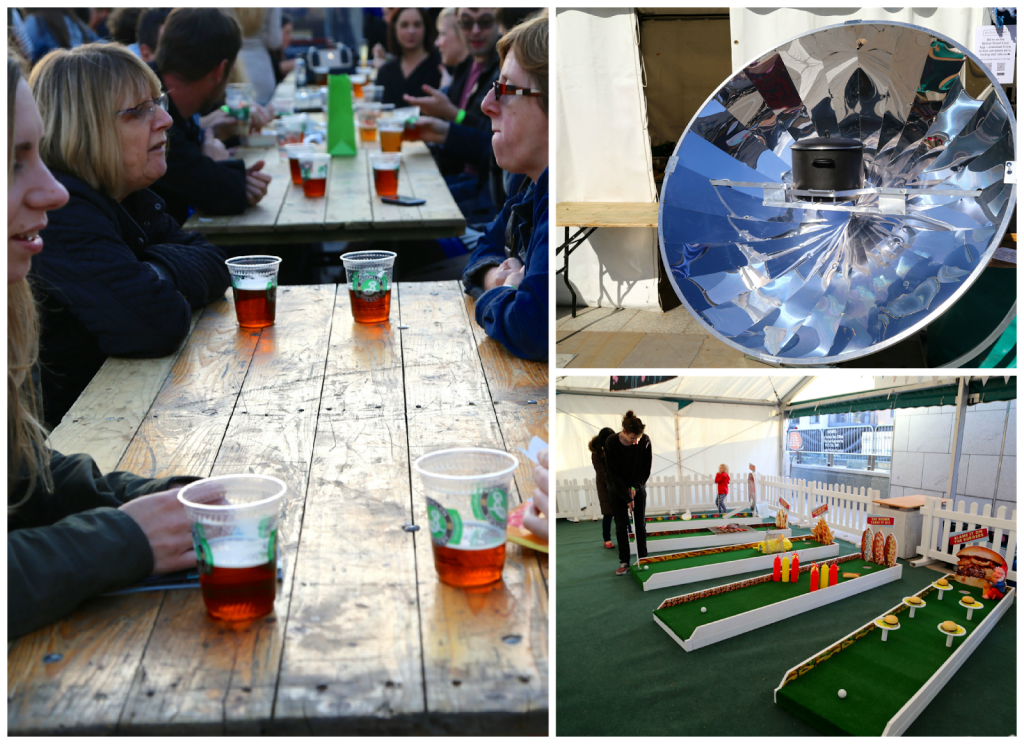 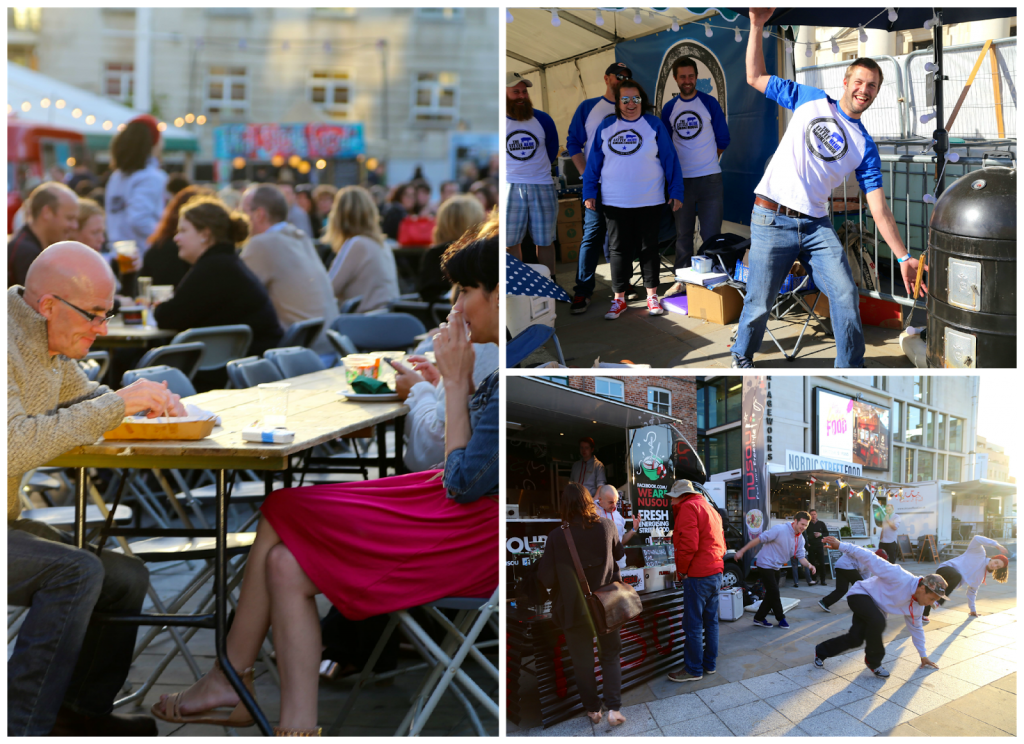 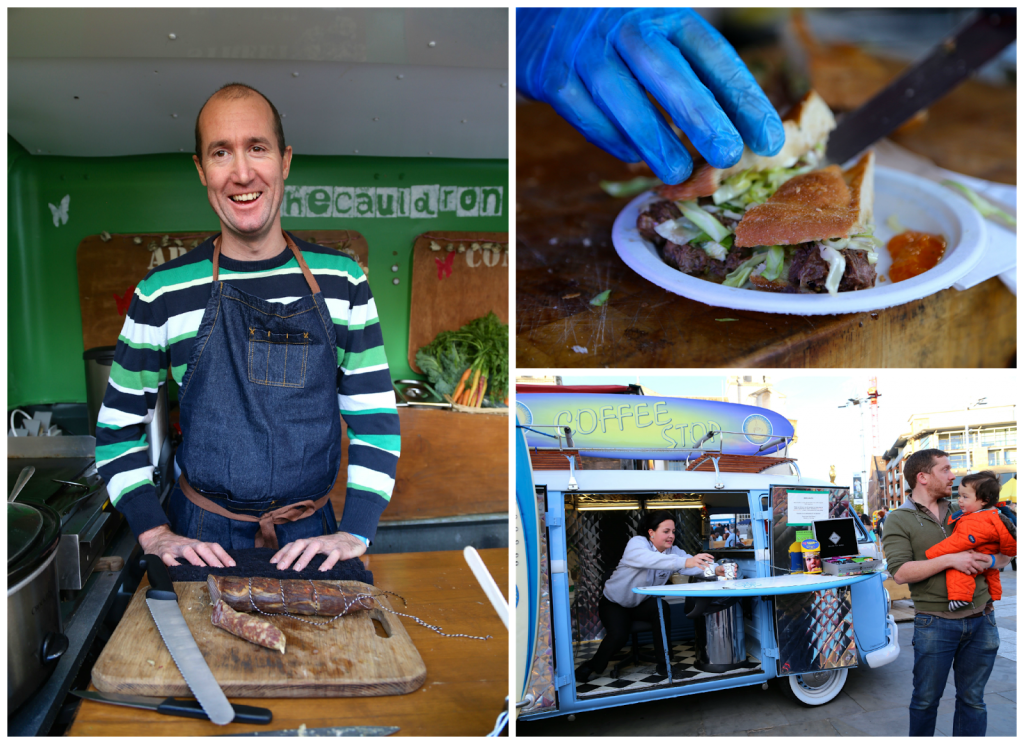 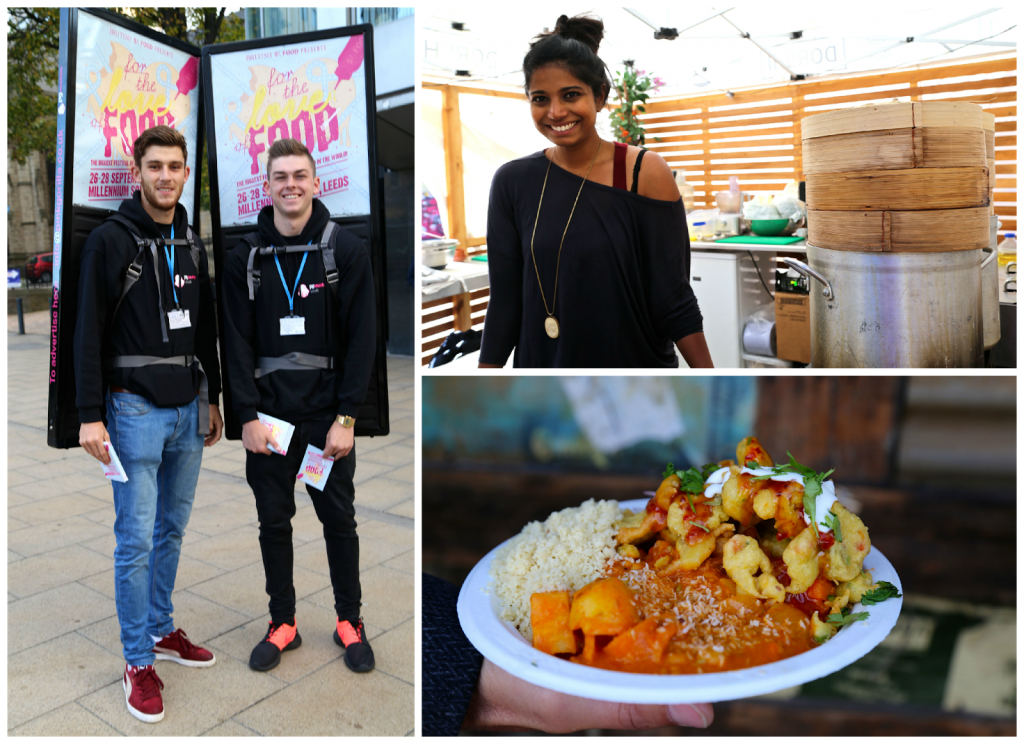 Previous Post: « Cooking fish the easy way: the ‘hobo’ pack
Next Post: Our food at the British Street Food awards in Leeds »