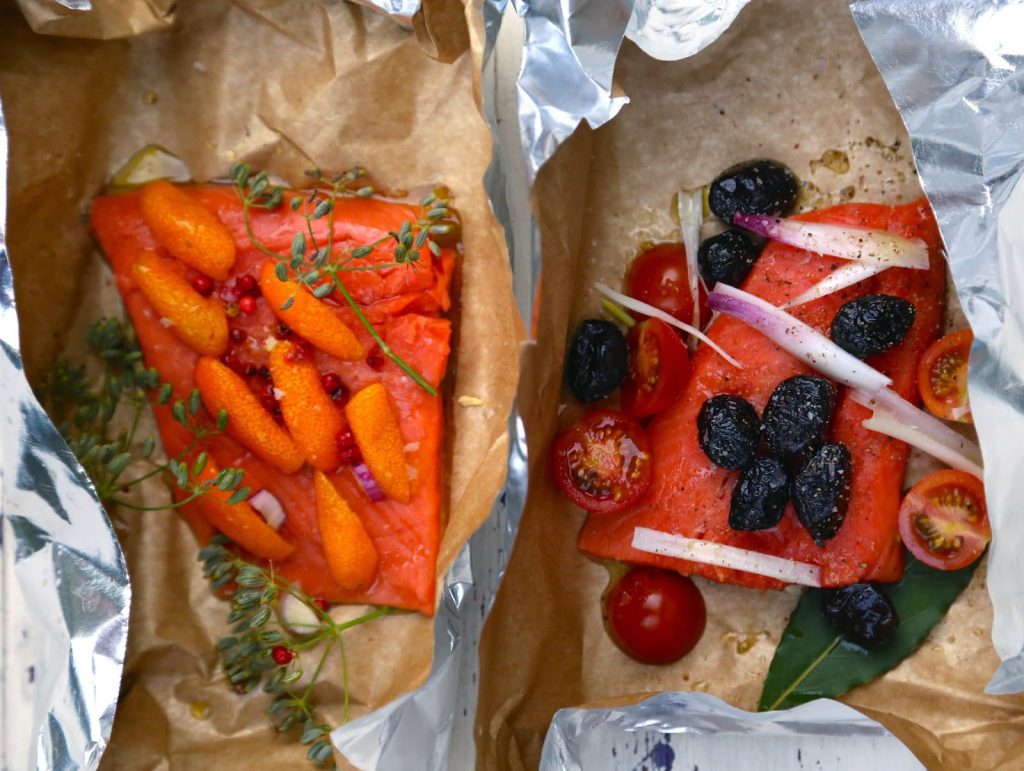 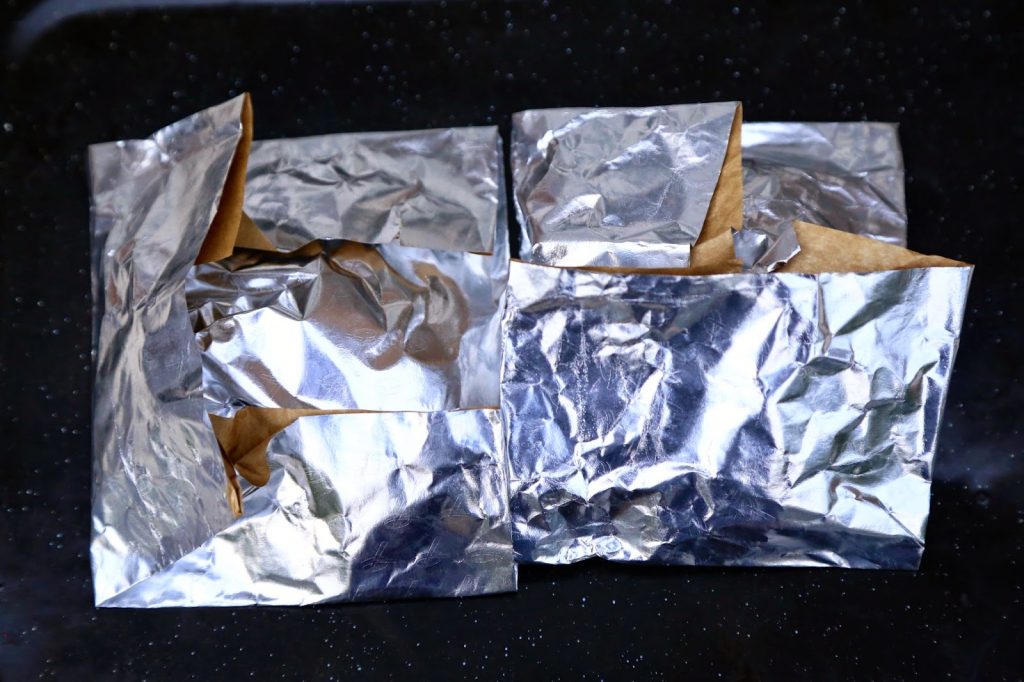 The majority of fish is bought in the unnatural form of ‘fingers’ or rectangular filets, covered in orange breadcrumbs. Fishmongers have more or less disappeared from our high streets and we seem to have lost the habit of knowing how to make even fish and chips from scratch.

The packaged filets in supermarkets is the nearest most of us get to cooking fresh fish. According to this U.S site, the most popular seafood is shrimp/prawns, second is canned tuna and third is salmon.

While in Britain the most popular fish is salmon, then tuna (no doubt canned), then cod (as in fish fingers and fish and chips) and haddock.
The United Kingdom is an island therefore we should have a strong fish eating culture equal to that of Japan, which has the highest per capita fish consumption in the world. Yet we sell our best quality seafood to France and Spain while we eat crappy processed fish. Ideally, we should be eating two portions of fresh or frozen fish per week.

My suggestion to those who are nervous of cooking fish is to use the ‘en papillote’ method, it’s very hard to go wrong with this, it looks classy, and you can add all different kinds of flavours to the packet. Other tricks to make fish cookery simple is to use a digital thermometer. Because I cook on an Aga, I tend to use the oven a great deal more than most people. (The Aga cooking rule is: 20% on the top and 80% in the oven.)

When I’m doing a supper club, cooking for many, I’ll put say 10 filets wrapped ‘en papillote’ into a baking tin and check whether they are done by prodding the digital thermometer into the centre. At 62ºc/145ºf, I know it’s cooked.
This is a can’t-go-wrong recipe using a technique that the Americans call a ‘hobo’ pack. Hobo is the American term for ‘tramp’, or vagabond.

The name stems from the ingenious ways that hobos cooked their dinner; being on the move, often jumping onto freight trains to cross America, they had no facilities to cook. So ingredients such as fish would be placed in a coffee can on the embers of a fire. It can be flavoured with tomatoes, lemon, herbs, garlic, and seasoning such as salt and pepper. Today we can reproduce that technique with kitchen (tin) foil.

The great thing about this method is that your fish will be perfectly cooked through but moist and flavoursome.
For this recipe, I used Alaskan Sockeye salmon filets. I served them on Sunday at my Secret Garden Club supper club and my guests much preferred these lean wild salmon filets to the fatty farmed Atlantic salmon. The coral colour of the flesh is pretty too.

I’ve got two versions here: one with red onions and kumquats, for I think that salmon matches wonderfully with all kinds of citrus. The other is with cherry tomatoes, garlic and olives.

You’ll need some kitchen foil, or parchment paper, or this Lakeland product, one side foiled, the other parchment paper, which I love.
When wrapping your pack, feel free to add any vegetables to cook at the same time, suggestions include, thin green beans, mange tout, baby sweet corn, baby carrots, a few mushrooms, spring onions, some ginger and soy. 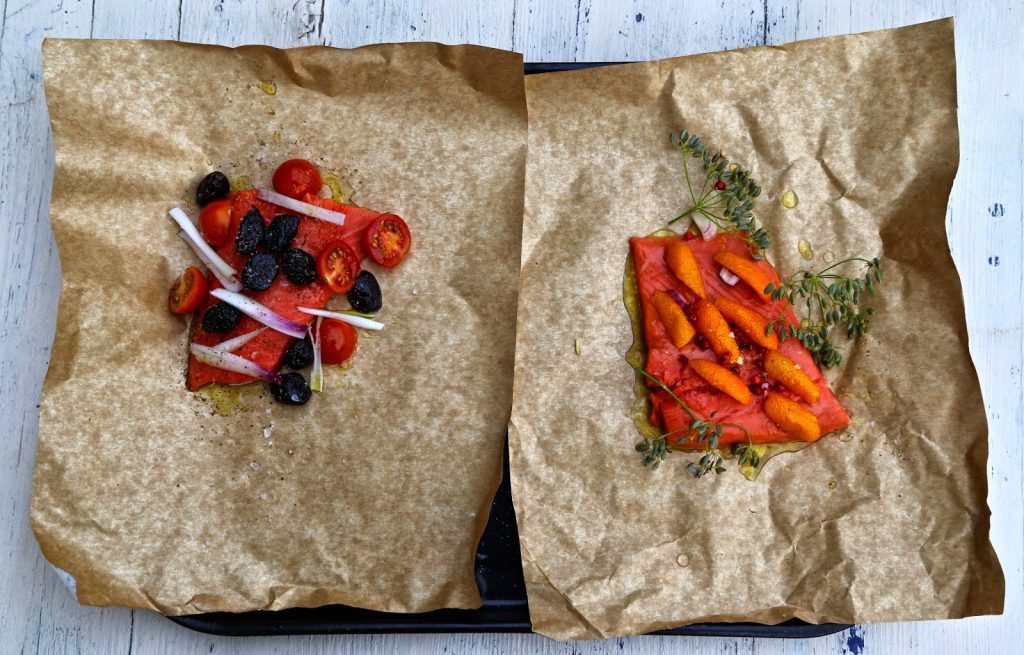