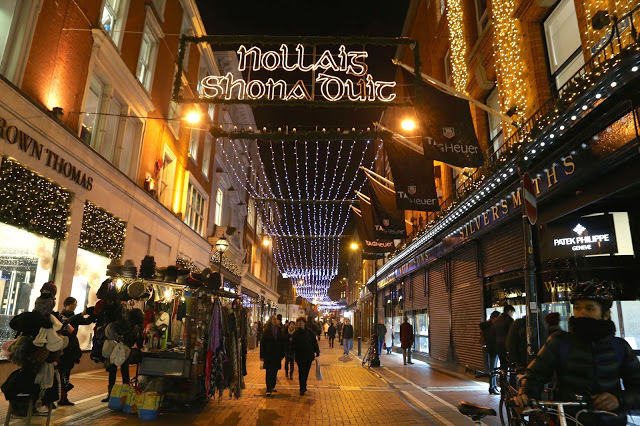 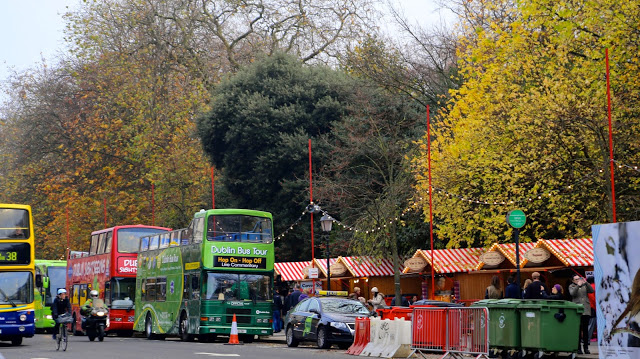 On my visit to Dublin, I was struck by the optimism and creativity but also a rueful realism. One taxi driver cheerfully said to me:

“We had no money, then we got money, we pissed it up the wall and we lost all the money. Now we are on the up again. Hopefully.”

There was almost a mood of post-trauma jubilance. Things were so bad in Ireland post-crash, much worse than in the UK, that there is now widespread relief that the bubble has been replaced by a groundswell of solid young artisanal businesses.

Dublin is a good place to visit coming up to Christmas – the people are warm, the shops are interesting, the town isn’t too big to walk around and Irish food has had a tremendous revival over the last few years. There is still enough remaining Georgian architecture left in the centre of town to make it an attractive place to walk around.
I was led to some of these locations by Eveleen Coyle of Fabulous Food Trails. She gave a fascinating quick run-down of Irish food and dietary history. The potato grows so well in rainy Ireland and by the 1800s, 80% of the population was entirely dependent on one ingredient, the potato. (This is one of the reasons that coeliac disease is so common, one in ten, in Irish people.) From 1845 to 1847, there were three years of no potatoes due to blight. This meant starvation with a slow recovery. In the 20th and 21st centuries, Ballymaloe’s Myrtle Allen and her daughter in law Darina Allen have led the way in rediscovering the Irish larder. 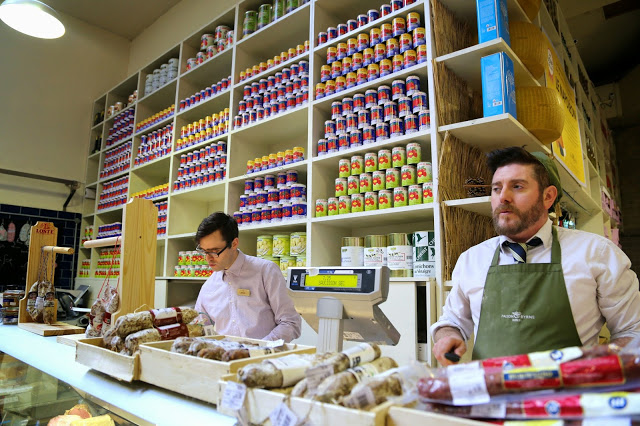 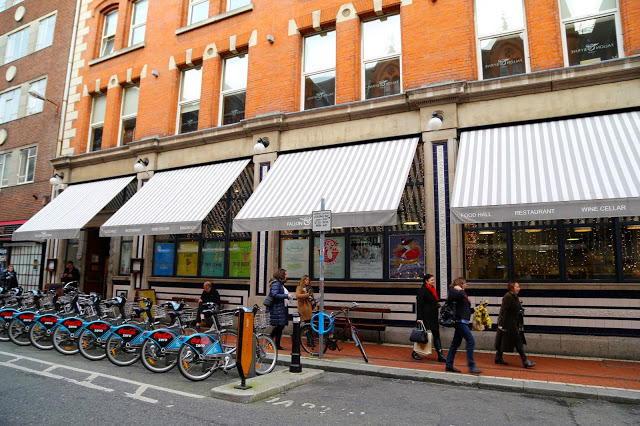 The Dublin equivalent of Wholefoods is a treasure trove of a food store, every aisle packed with interesting foodstuffs from around the world. They also have a restaurant and lunch bar. 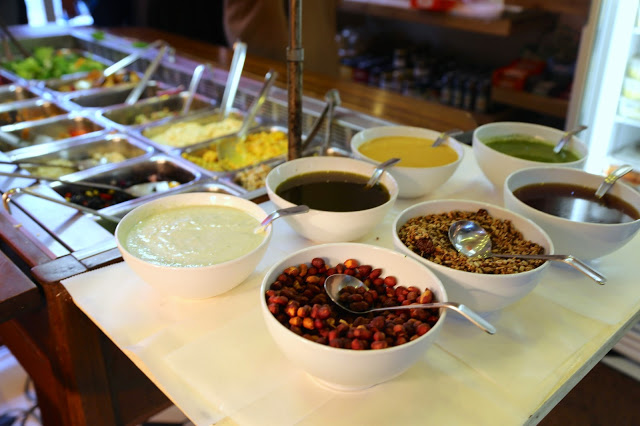 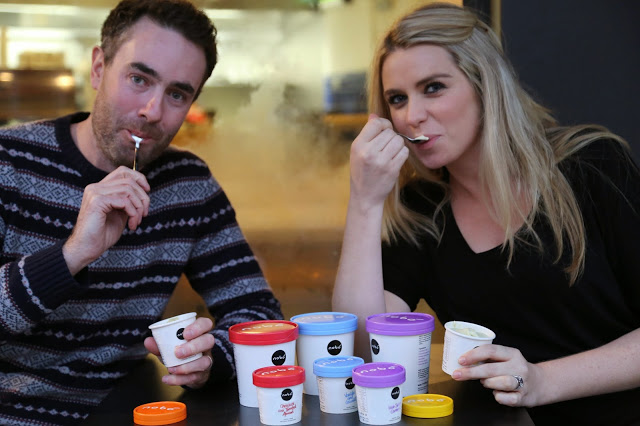 If you want to pick up something both tasty and healthy for lunch, try Blazing Salads deli in the centre of town. They sell Nobo (gaelic for no cow) dairy free icecream, a food business that recently won the best start up award (worth 25k euros) at the Lovin’ Dublin food awards. This business, only started two years ago by Rachel and Brian Nolan (above) is headed for great things, their ice-cream is absolutely delicious. 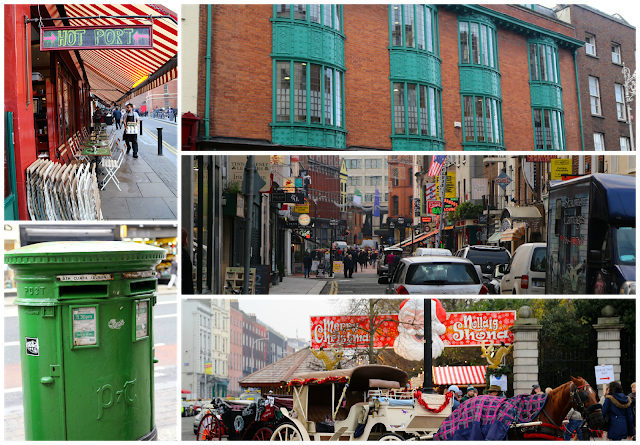 As my blogging colleague Food Stories said on her visit, Dublin has proper pubs. Even if you are not usually a pub person, and I’m not, you will love them. The bar people will talk to you, the customers propping up the bar will take the piss out of you (gently, with a twinkle), someone is bound to get out a guitar and start strumming. It appears, according to my brief foray, that everyone in Dublin can sing. Office workers, middle-aged mums, the people sitting next to me, the drunk guy at the bar – everyone can chip in with perfect harmonies. 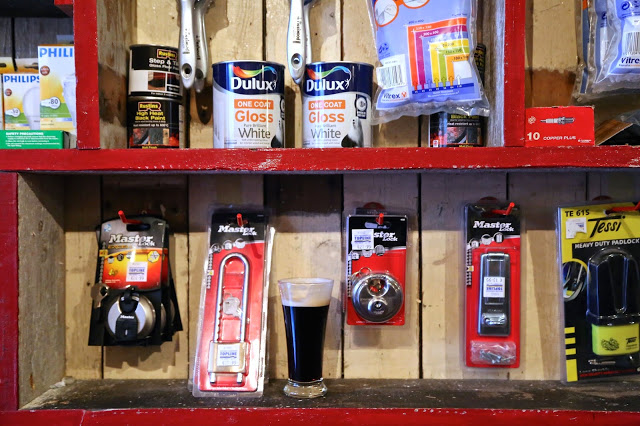 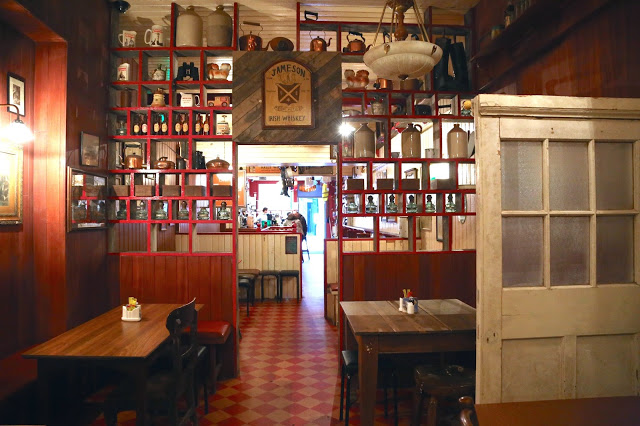 Mary’s bar and hardware store where you can buy a pack of nails, a roll of sellotape and a pint of Guinness at the same time. I love hardware stores anyway.
The International Bar does the best cheese toastie (grilled cheese) according to the cheese toastie map of Dublin (which is as good as any other way of mapping a city. I feel this needs doing in London. In fact, why stop there? Let’s have a cheese toastie map of the UK!) Created by graphic designer Eoin Whelehan, here are his top 6 toastie recommendations and his 10 toastie commandments. Do note, vegetarian readers, that a cheese toastie in Dublin automatically contains ham, in fact it’s considered so intrinsic to the ‘dish’ that they don’t even mention the ham in the title. Delicate negotiation is required to get pub staff to remove the ham element. 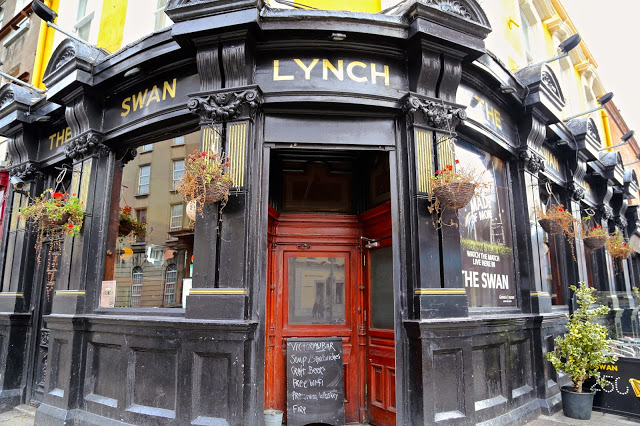 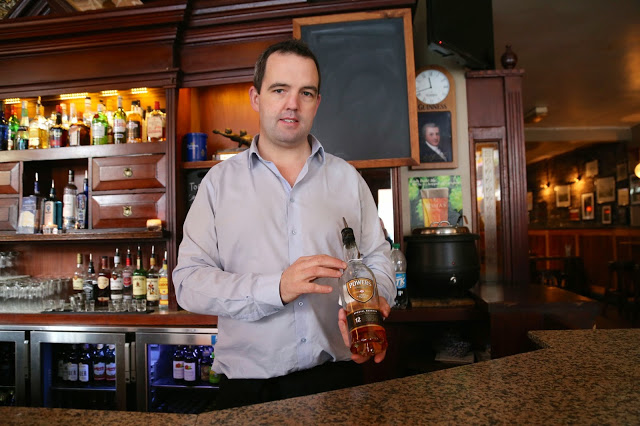 The Swan pub offers an atmospheric welcome, along with generous pours of vintage Jameson’s whiskey (from Dublin) and well-settled pints of Guinness. The present landlord’s dad, Sean Lynch, was the only champion rugby player for the Ireland side who was also a full-time publican. He’d play a match on the Saturday afternoon and be behind the bar pulling pints in the evening. “That was when men were men”, grinned his son. The walls are decorated with his rugby shirts, dark wooden panels and bullet holes from the war of independence against the British.

Dublin’s cheese shop is run by, bien sûr, a Frenchman, John Leverrier, but he champions Irish cheeses as well as French. Cheese in Ireland tended to be either industrially made or homemade in farmhouses until recently. Now there is a burgeoning craft scene but it’s a tough life. They are currently selling off the very last Glebe Brethan cheeses made by the recently and tragically departed David Tiernan who, on a trip to France, fell in love with Conté style cheeses and imported Montbelliard cows. He made cheese 40 days a year using summer milk. His sons aren’t interested in taking over, one works for Google. Says it all, doesn’t it? Who wants to do the hard, cold physical craft of cheese making when you can earn a good deal more working for the brave new world tech companies, many of whom are located in Dublin. 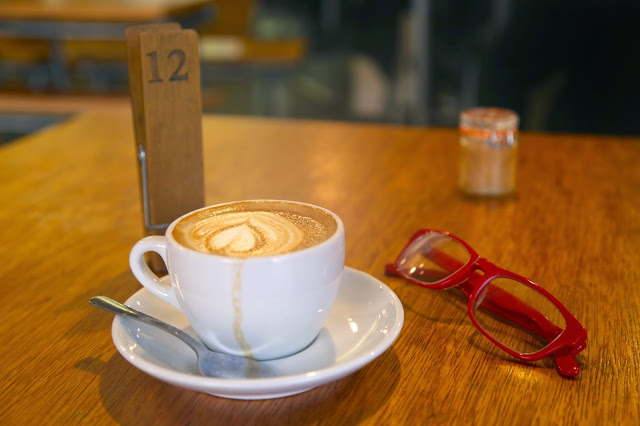 This place is credited with revitalising the coffee bar culture of Dublin. They do a tasting menu of coffee plus classes, brewing and barista workshops. 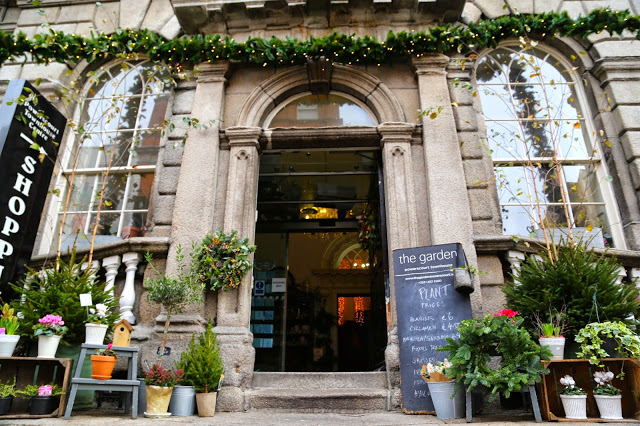 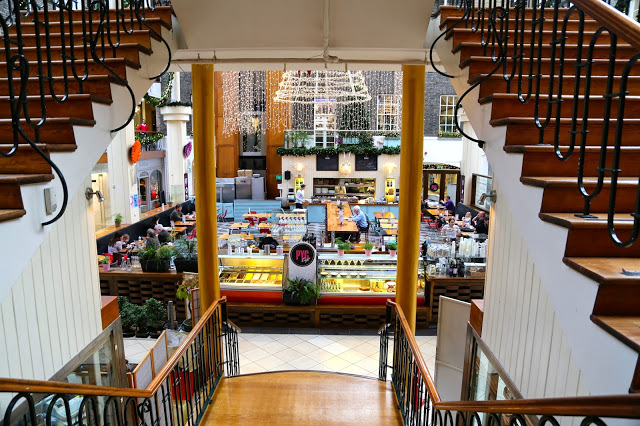 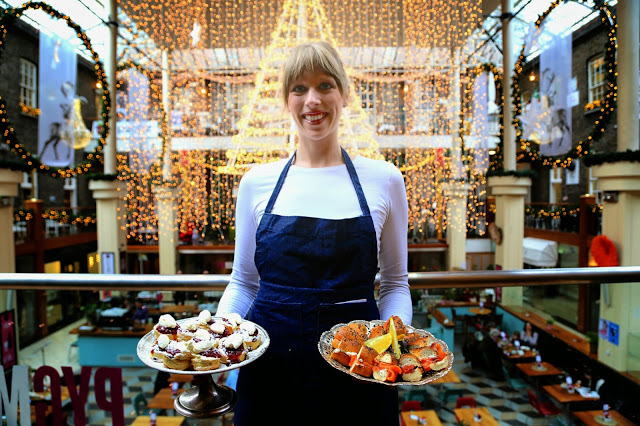 The Pepper Pot at Powercourt Town House in located in an impressive Georgian courtyard with many trendy boutiques. The Pepper Pot makes and bakes its own sourdough bagels which are stunning, you can have lunch there, on the balcony. 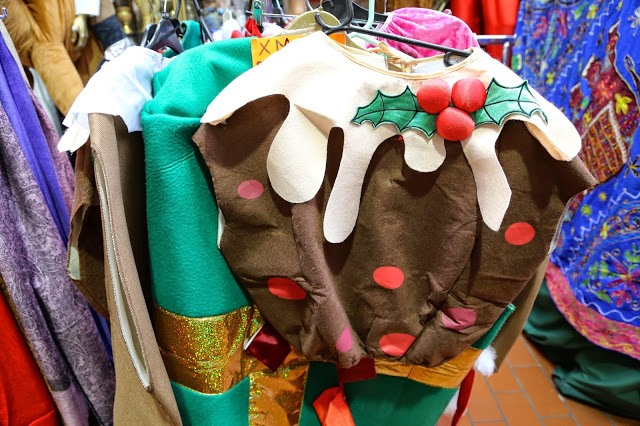 I was actually tempted to buy this christmas pudding costume at George Street Arcade. 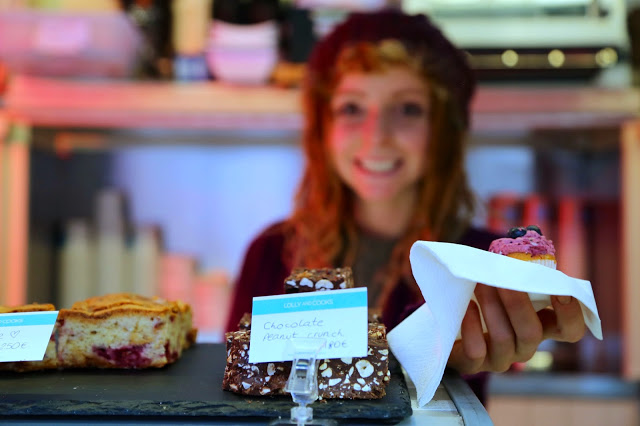 Georges Street Arcade is a little Victorian market with clothes, souvenirs, cafés and a baked goods stall such as Lolly and Cooks. 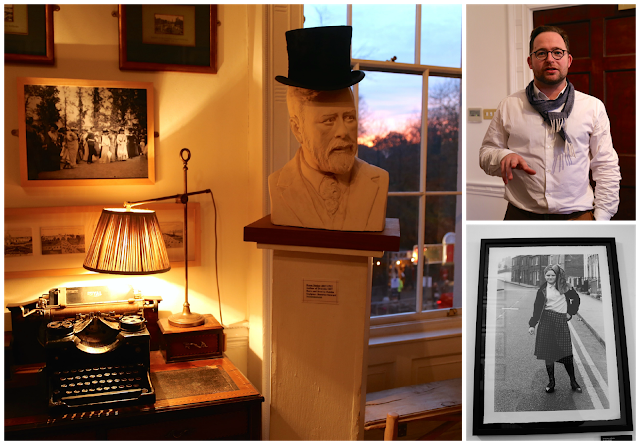 Not an eating place but well worth a visit: the Little Museum of Dublin. This museum was crowd-sourced, not just for funding but also for the exhibits. You will see souvenirs of Dublin life, a walk around a historic Dublin sitting room, great photos on the walls, spread over two floors of a Georgian townhouse. On the top floor they currently have a U2 exhibition from stuff donated by the band. Curator Simon O’Connor does a fascinating talking tour every hour. 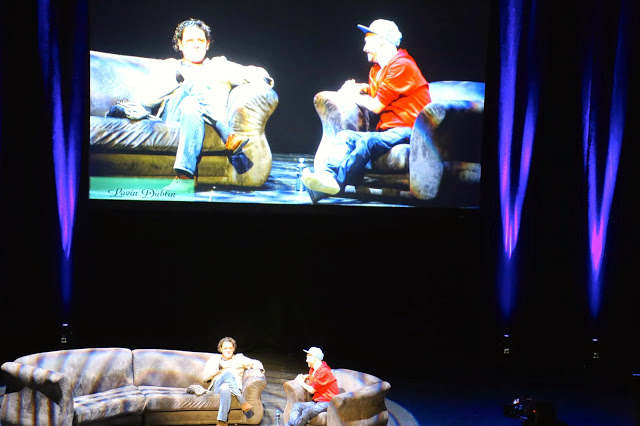 Marco Pierre White talking to creator of Lovin’ Dublin, entrepeneur Niall Harbison, who gave away his book ‘Get Sh*t done: from bedroom to boardroom in 1000 days’.  Marco said:

“I’ve spent time in many cities in the world, but Dublin is the one that has shown me the most kindness”. 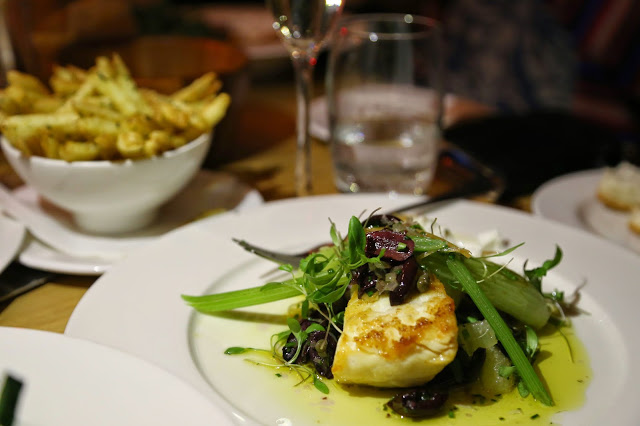 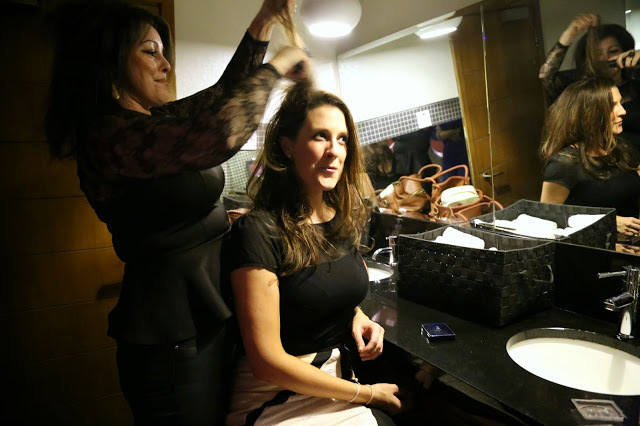 I love taking pictures of women in toilets, it’s where all the best stuff goes on. 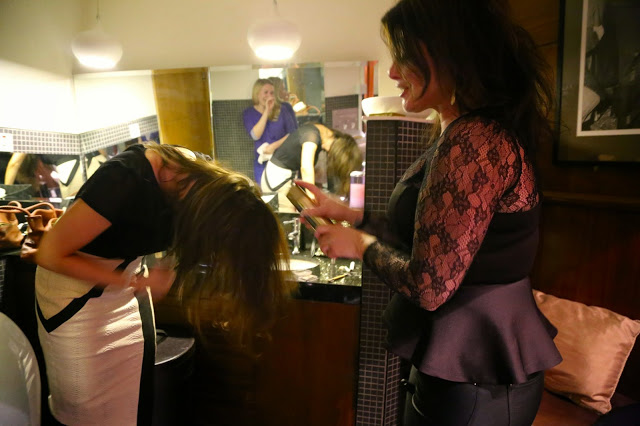 Marco Pierre White’s steakhouse and grill. Now I realise this is not trendy, Marco doesn’t cook there and the menu is simple and protein-driven. But you could say that White saw the move towards dude food way before it became hip: here it is done with classic French flair and good Irish ingredients. If you want a steak, you won’t find it better cooked.
I had a halibut steak, which was perfectly seasoned and twinned with a bowl of thick twice fried chips. The atmosphere is luxurious with white leather banquets, dim lighting and moody black and white photos on the walls of a young hollow-cheeked brooding Marco tossing his greasy but sexy mane. The manageress Geraldine gives an Irish welcome and is a great craic, I found her not only backcombing and spraying her own hair in the loos but also doing an impromptu beauty makeover on some of the customers. Restaurant and beauty salon combined, what is not to like? 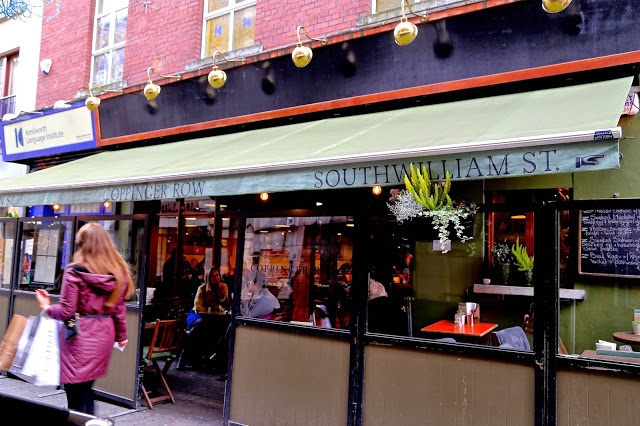 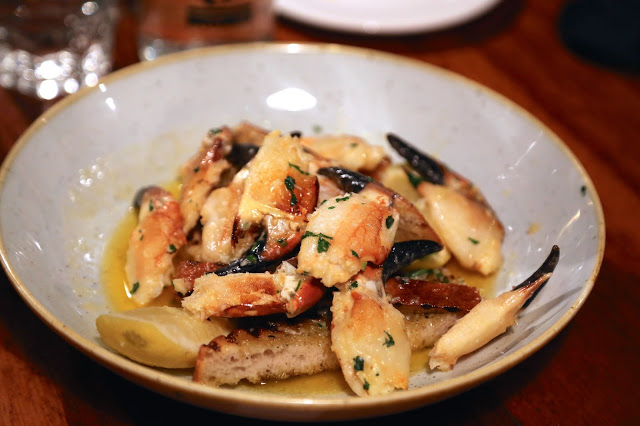 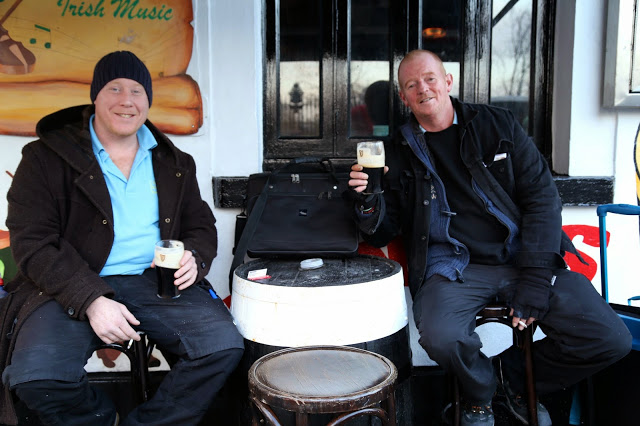 I asked if I could take a picture of these guys drinking Guinness? Why? Because it’s typically Irish! They laughed and said ‘But we are English’. 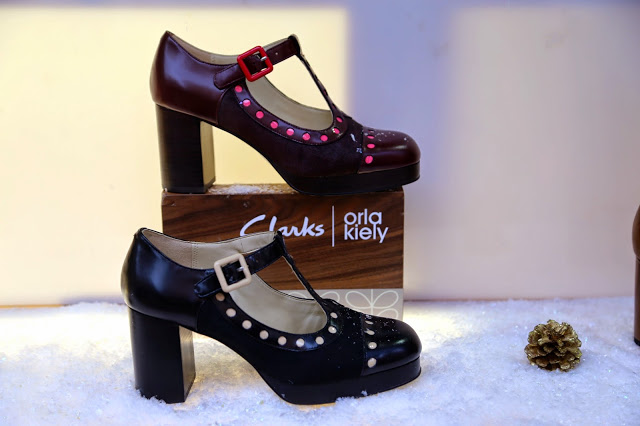 Irish designer Orla Kiely’s shoes at Clarks. Now why didn’t I buy them?

Previous Post: « Poverty, Fortnum and Masons and Christmas
Next Post: Christmas cheese board tips and what wine to match it with »