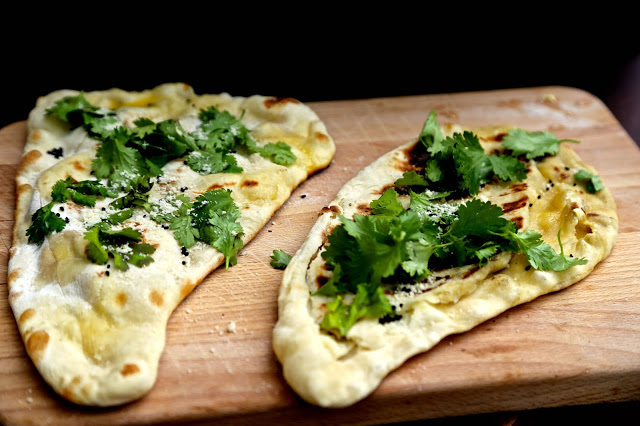 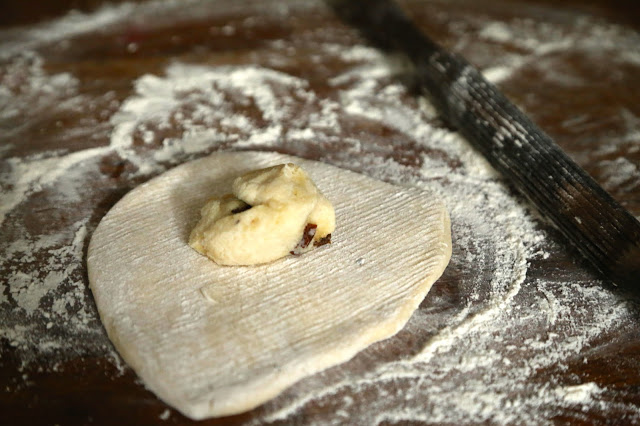 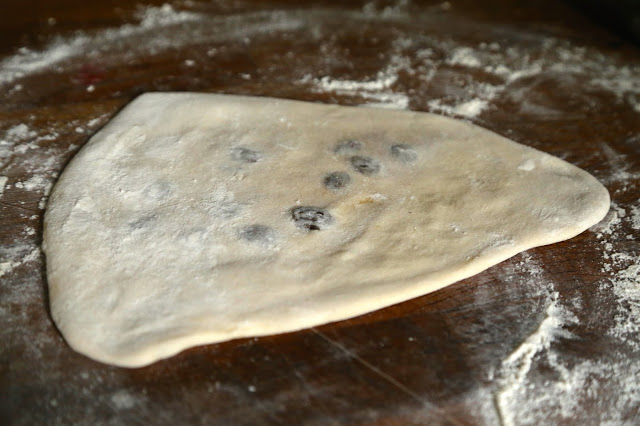 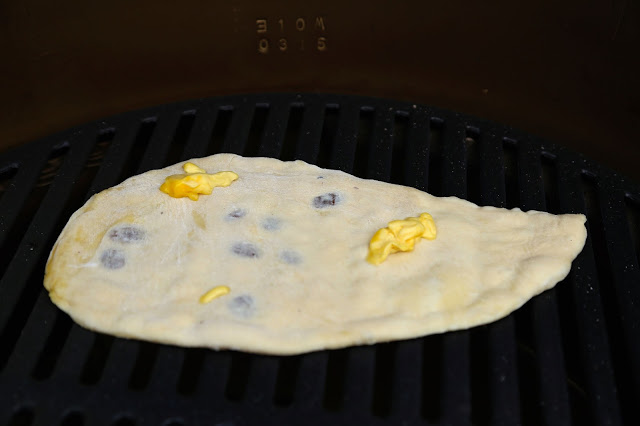 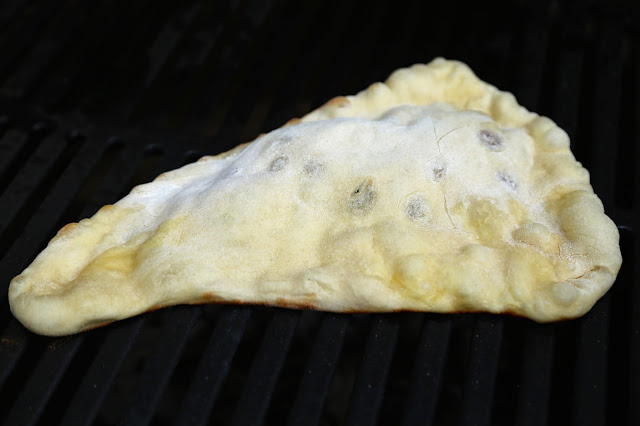 This is the best naan recipe I’ve come across so far, it’s pretty foolproof. To make it into a Peshwari naan, that is with a sweetened coconut/almond/raisin interior, something I always order with a takeaway Indian, is a no brainer. I made these on my Big Green Egg BBQ but you could also make them on the stovetop. The Big Green Egg is in some ways like a tandoori oven, being oval and ceramic, but I grilled my naan rather than pressing them to the sides.

For the Peshwari interior:
100g desiccated coconut
100g ground almonds
A big handful of plump sultanas or raisins
Mix together with a couple of tsps of yoghurt.

Some coriander leaves to garnish

Sift the flour into a bowl and add the rest of the dry ingredients. Add the egg and the yoghurt, kneading the mixture in a bowl. Finally bind together with some whole milk until you have a flexible dough mixture.
Before leaving the dough to rest, coat the dough ball with ghee. Leave, covered in cling film, for an hour.
Then taking a palm’s worth of dough, make a round ball then flatten it with the palm of your hand.
Press a tablespoon of the peshwari mix into the centre of the dough circle then bring up the sides and gather them over the peshwari mix. Scatter some flour onto a clean surface and roll out the ball into an oblong or tear drop shape.
Pierce the naan all along it’s surface with a fork.
Then mix some ghee with some milk onto your fingers and smear it all over the top of the naan. This will make it moist and soft and enable the seeds to stick.
Sprinkle the Nigella and Poppy (white is more authentic) over the top of the naan.
Place the naan on the flat cast iron grid for the Big Green Egg or a flat wide cast iron frying pan.
It takes around 5 to 7 minutes to cook. You will see it puff up and bubble.
To keep the naan moist, add a little more ghee to the naan.