In Canada they have an interesting cuisine with a very mixed heritage: influences from the first settlers – England, Scotland, France, Ireland, Scandinavia, Holland – and from the original First Nations (including Eskimo). Canada’s welcoming attitude towards immigrants from India, Asia, the Pacific Ocean, Italy, Greece, Portugal and Jewish food has led to a multicultural food explosion. No doubt in ten years time we’ll be seeing plenty of Syrian, Iraqi and Afghan restaurants.
They have world-class Michelin-starred restaurants, French bistros in Quebec, an excellent vegan restaurant in Halifax, sugar shack meals in log cabins, fast food and street food. Such a large country, which stretches from the Pacific to the Atlantic while skirting the North pole, is bound to contain imprints from many cultures.  Here are a list of food and drinks you should definitely try from Canada. 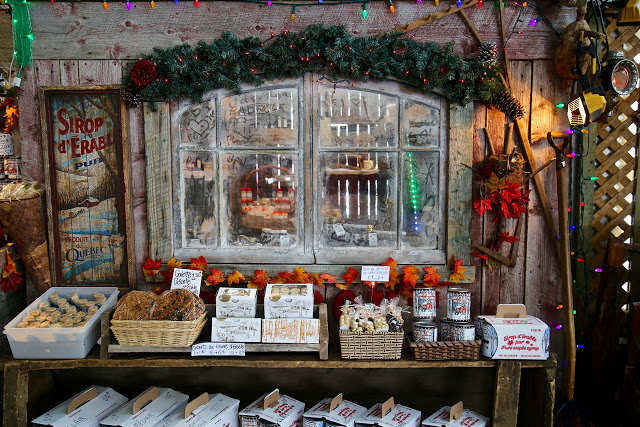 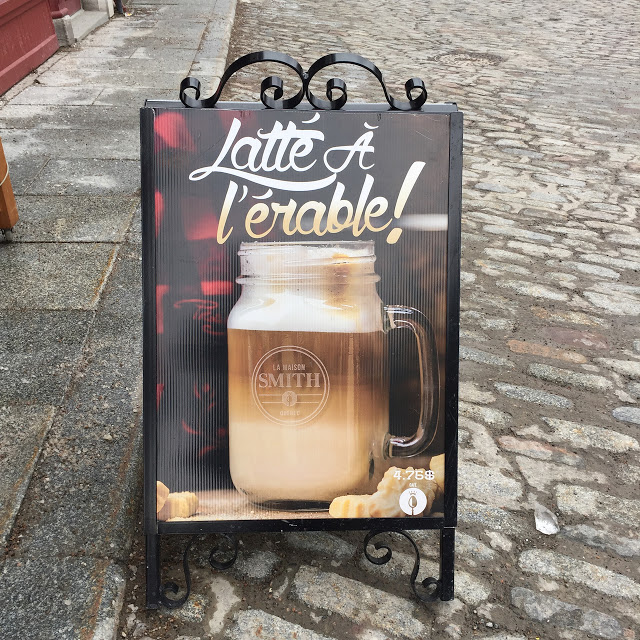 If there is one food that Canada is celebrated for, it’s maple syrup, a unique food discovered by the First Nation peoples. Quebec is the world’s largest producer of maple syrup, 75% of the world’s total. In Quebec they’ve developed a grading system to ensure consistency and quality.
Try darker syrups with savoury dishes or to make dressings and lighter syrups for the classic crêpes and waffles.
If you are there from February to April, do try a sugar shack meal in which jugs of new season maple syrup are lined up on tables, ready to be poured copiously on early settler style meals consisting of pea soup, fried potatoes, ham, pork, bacon, omelette, beans, tarte au sucre, pouding chomeur (recipe to come soon) and pancakes. Canadians also put maple syrup in coffee. 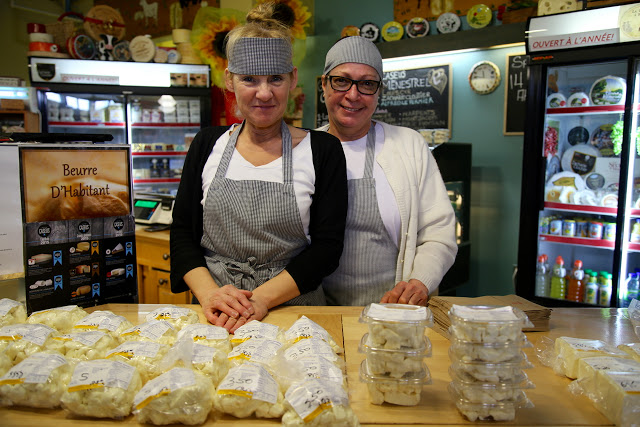 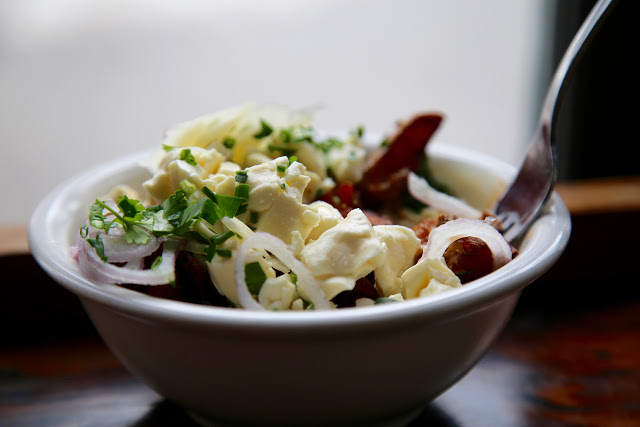 Poutine is fast food but also cucina povera: fried potatoes with gravy and curd cheese. The cheese is fresh, in curd form, before being pressed into a cheese mould. The flavour is mild and the texture is firm – your teeth squeak as you eat it. The ladies above have a squeaky cheese stall in Quebec City’s Marché du Vieux Port (open daily 9am till 5/6pm). The gravy is usually meat based but I had one at Chic Shack with a vegetarian gravy made from a wild mushroom and cream base that was delicious. 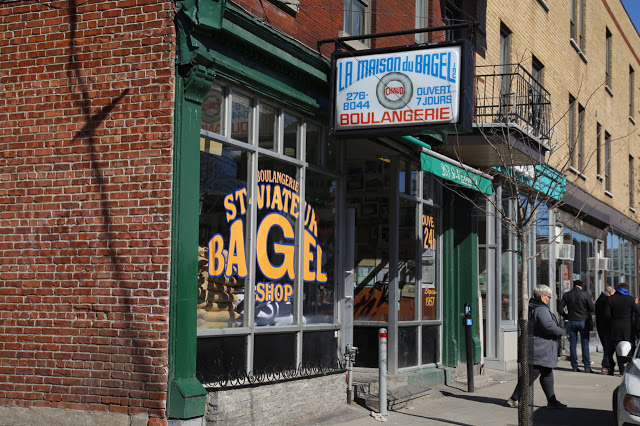 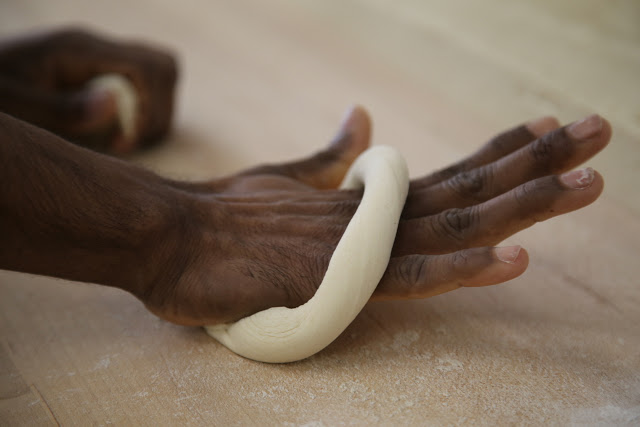 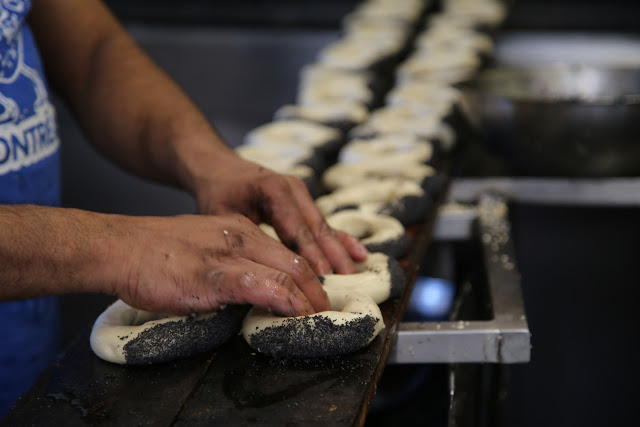 There is a battle for supremacy between New York and Montreal bagels.
Montreal bagels are smaller (between 9 and 10cm in diameter), shorter (between 3.5 or 4.5cm in height), sweeter (flavoured with honey), denser and more irregular in shape as they are baked in a wood oven. Montreal bagels aren’t split but dipped or eaten on their own.
New York bagels are bigger (11.6cm) with a small hole, taller (5.2cm), fluffier, chewier, rounder and more savoury.  NY bagels are split, often toasted, buttered, slathered with cream cheese and lox.
New York bagels are the sort we usually buy in UK supermarkets (although most of the flour available in the UK is Canadian flour) but a Montreal bagel is worth trying. Although now having tried both, I must confess I prefer New York bagels. I guess it’s like Marmite v Vegemite; there’s not a lot in it but you prefer what you have grown up with.
If you visit Montreal, go to the hipster Mile End district to watch the bagel making and buy them at St-Viateur Bagel or Fairmount, a few blocks away.
In terms of other baked goods, in the Quebec area of Canada they are pretty good at viennoiserie with excellent croissants, pain au chocolat and bread, just as should be expected from French descendants. 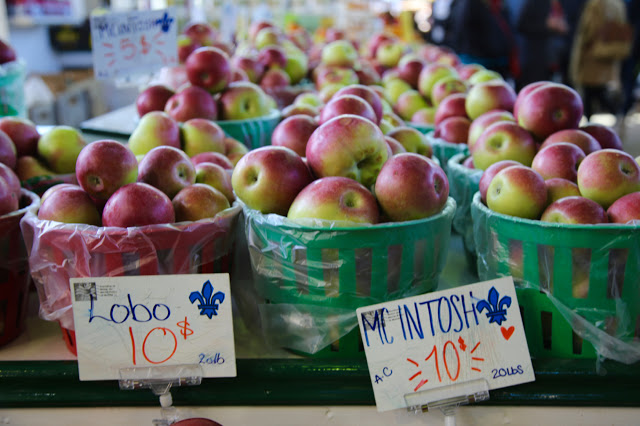 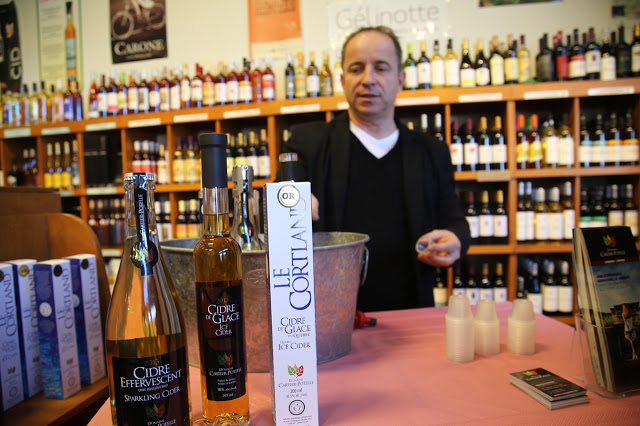 I’d never heard of ice cider before coming on this trip to Canada, which is no surprise because ice cider is a fairly new product, created in 1990.  Ice cider is similar but not as sweet as ice wine, which are grapes picked when frozen, marvellously concentrating the sweetness.  There are two types of ice cider: from frozen apples that are left on the vine then cold fermented or from apples picked, juiced then frozen. I prefer the first type: it tastes clean, fresh, crunchy, liqueur-like. 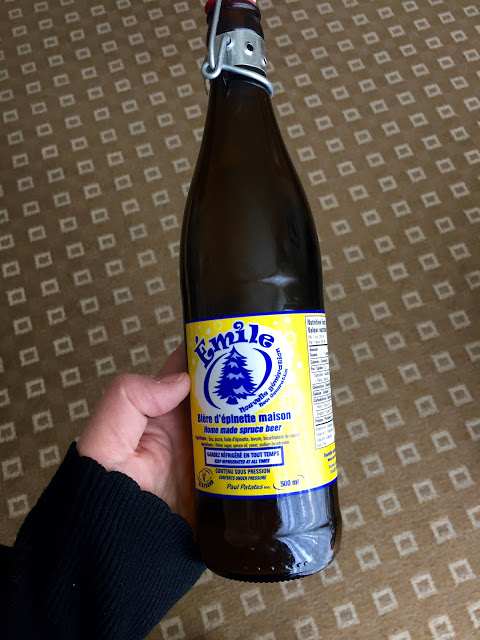 People were wary about me trying Spruce beer. ‘It’s not for everyone,’ said my guide in Montreal, Micheline. ‘It’s an acquired taste,’ said another. Made from the spruce pine, it has a slight disinfectant flavour, which I didn’t mind at all. Unusual. One must keep it refrigerated as the fermentation is likely to make the bottle explode. 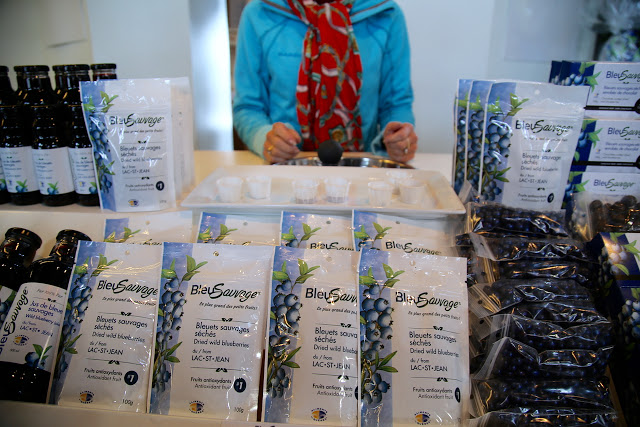 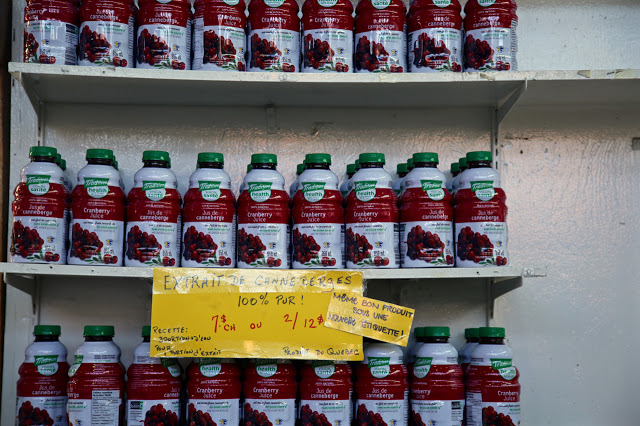 Like most Northern countries like Scandinavia, Canada has wonderful and varied berries. Bilberries, blueberries, strawberries, cherries and cranberries are intense in flavour and strength. One can also buy them chocolate-covered. 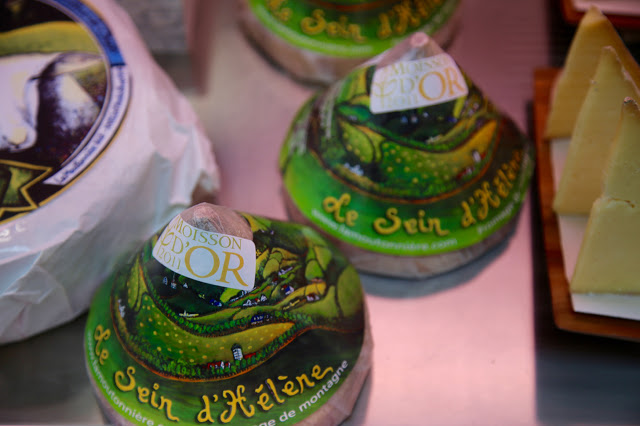 I’m sure you’ve seen Canadian cheddar at the supermarket. I never really put two and two together before but Canada makes really good cheddar, mostly in Ontario. I also tried Niagara Gold, a semi soft, washed rind cheese in Ontario, which wasn’t bad. (Kraft, the creator of processed cheese, grew up on a dairy farm in Canada.) Quebec produces excellent French-style cheeses including goats’ cheese, brie and washed rind. The markets in Montreal and Quebec had stalls with extensive ranges of cheese.  Don’t forget the celebrated curd cheese, a step in the cheddaring process, used in Poutine.

Canada stretches from the Atlantic to the Pacific so has the benefit of good seafood from both oceans. Halifax, on the Atlantic, is celebrated for the quality of the lobster and shellfish. On the West coast, similar to Alaska, salmon will be the dark pink sockeye, and salmon jerky is sold, a descendant of native food from First Peoples. 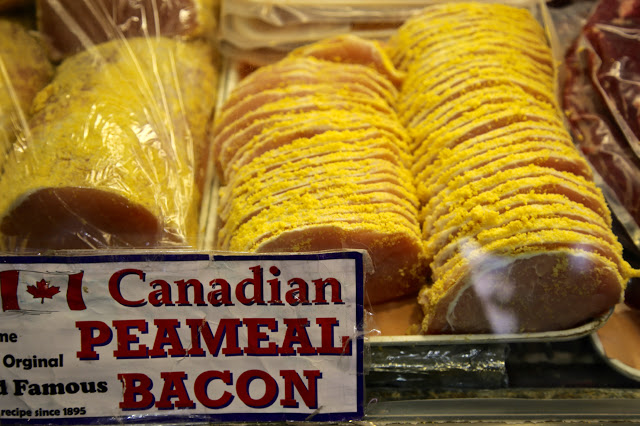 The growing season for fruit and vegetables in Canada is short, winters are severe and therefore meat is important. Trapping and hunting is in their DNA, part of their culture. 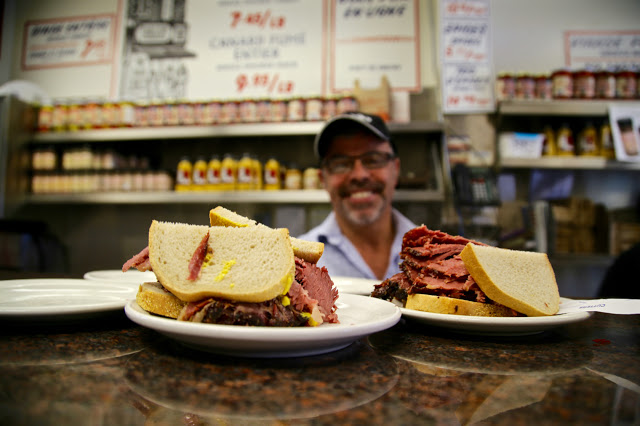 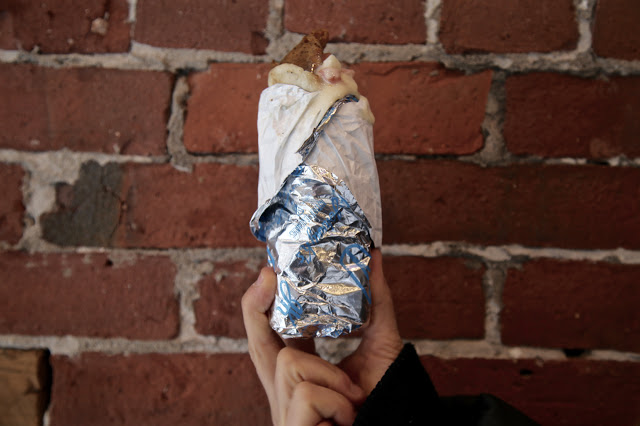 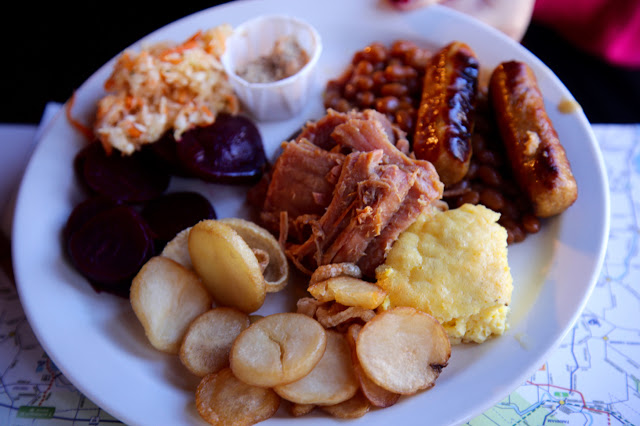 This is another typically Quebecois drink, a red wine, some sort of hard alcohol such as whisky, brandy or rum and maple syrup. If the weather is cold, it can be heated up like a mulled wine. On this trip unfortunately I didn’t get a chance to taste it. Next time! 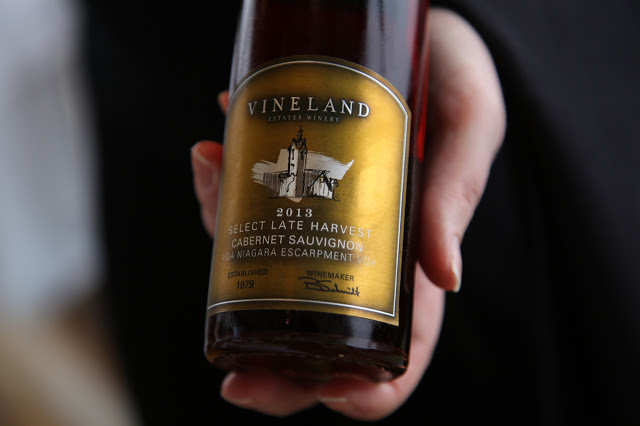 I’ve been very impressed by the quality of Canadian wine. White and sparkling wines are grown in Halifax, which is on a similar latitude to Champagne. I also met with two wine makers in Ontario: David Hulley at Vineland Estates, where I had a very good meal and Frenchman Jean Pierre Colas who designs incredible wines at 13th Street Winery.
It’s a pity that we don’t get more Canadian wine in the UK but it’s mainly because of import duties and transport, which would make it too expensive for consumers. Australia and New Zealand seem to manage to export to Britain just fine, but as yet the Canadian output is too small to compete. 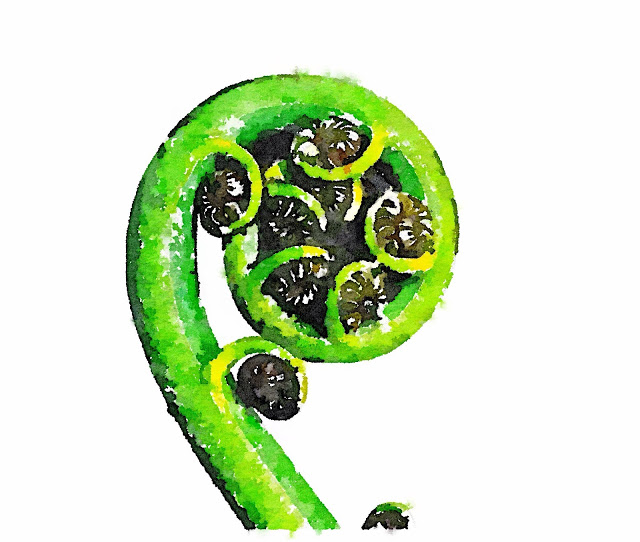 As a lover of unusual vegetables, I’ve been wanting to try these ever since I first heard of them around six years ago. These are delicate green tips of ferns, wound round in a tight scroll. They are picked wild in spring in New Brunswick and Quebec. 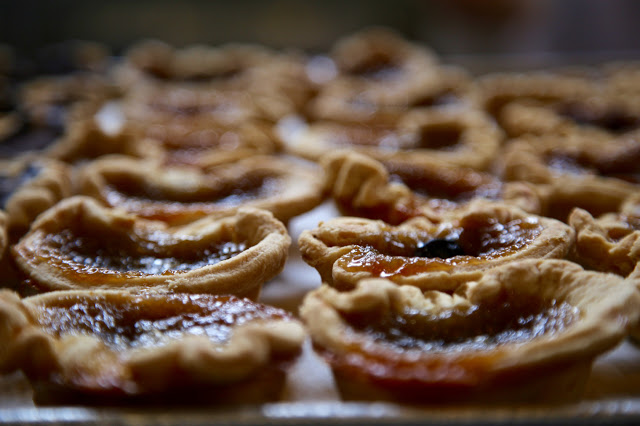 These small tarts, made with shortcrust pastry, are a bit like treacle tarts or pecan tarts without the pecans. Very, very sweet with either raisins or nuts. They are similar to the larger tarte au sucre that you get at a sugar shack meal. I tried these at the charming Saint Lawrence market in Toronto. 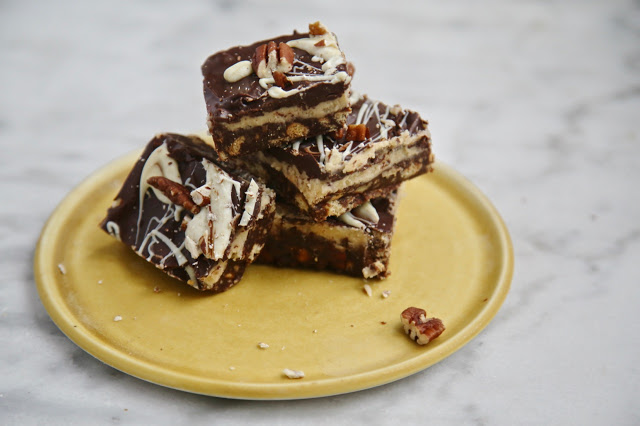 Named after a town in British Columbia, this is another thing I never got to try. It’s basically a chocolate fridge cake. Trish Deseine has a lovely recipe.