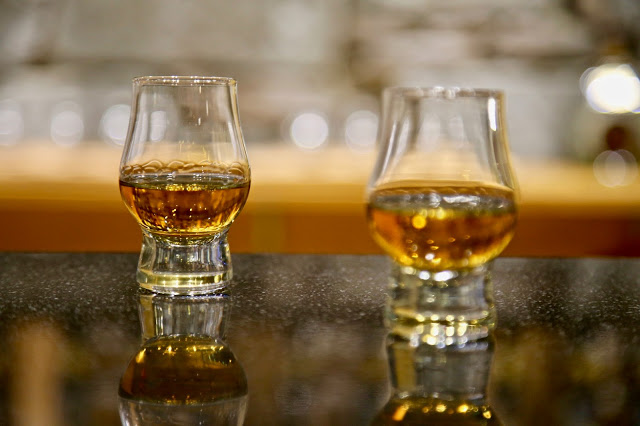 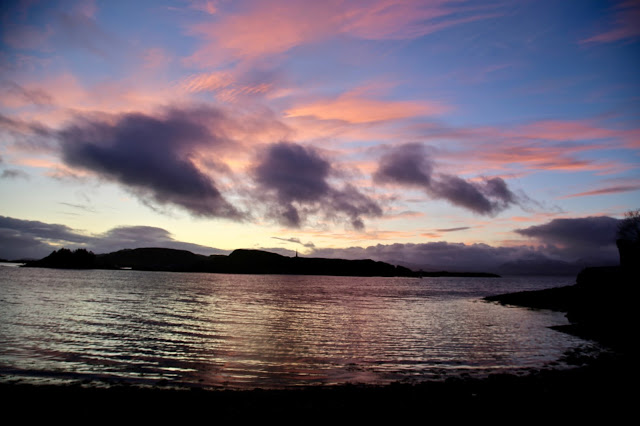 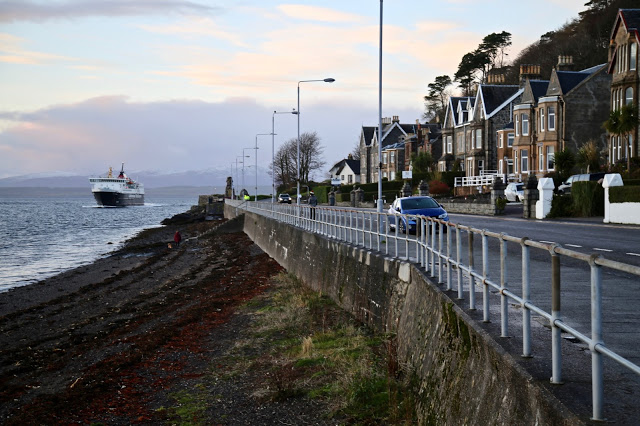 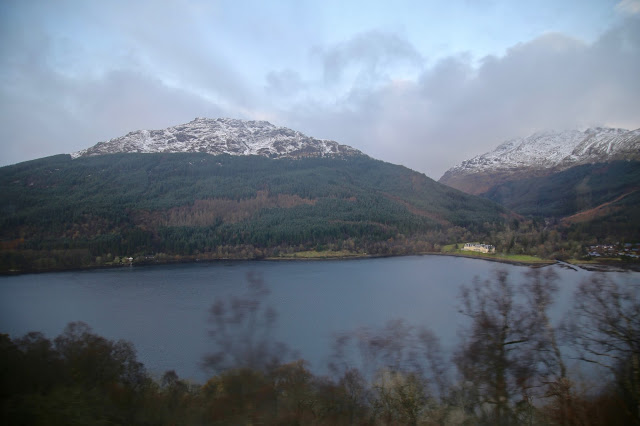 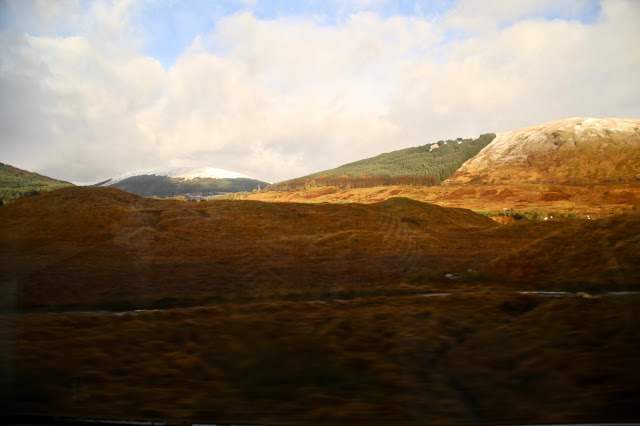 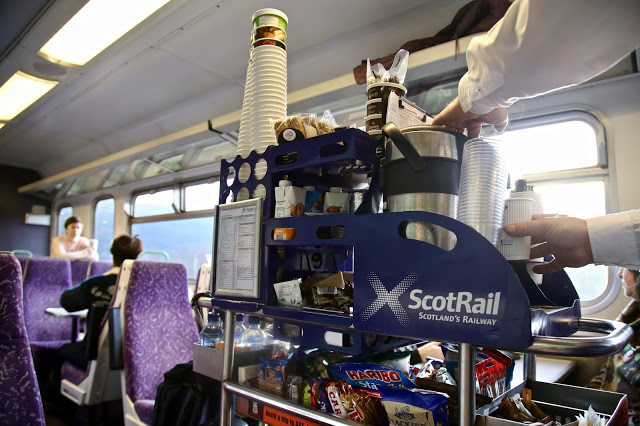 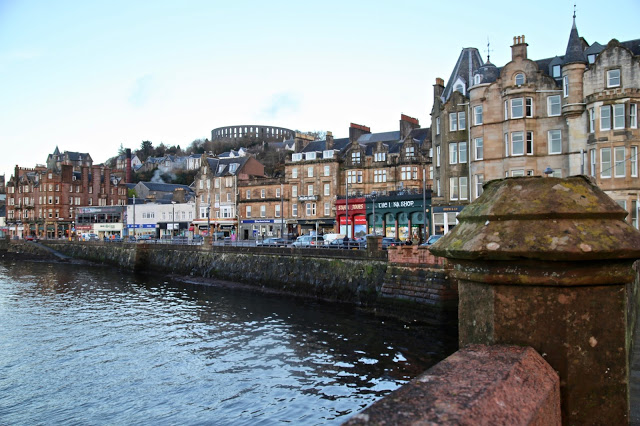 I got the early train from Glasgow to Oban: the West Highland line is one of the world’s most beautiful train rides. The weather changed every five minutes, from sunny to snowing, from rain to blue skies. You gallop past valleys, rivers, lakes, streams, lochs, snow-tipped mountains, ancient mounds, heathery hills and deer- an untouched prehistoric landscape. The other passengers, a comfort of ladies in cardigans and scarves, in lilac and raspberry, order tea and shortbread from the all important trolley. 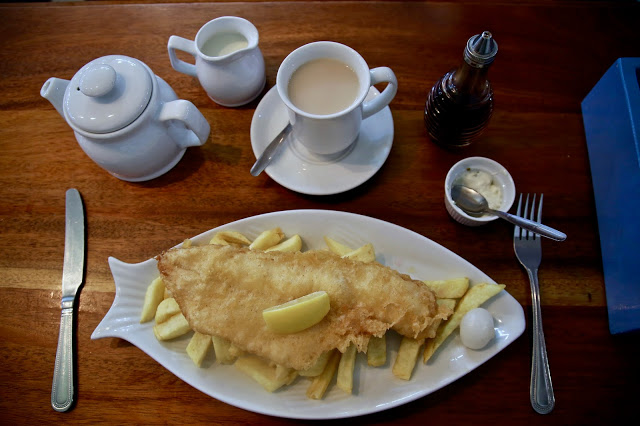 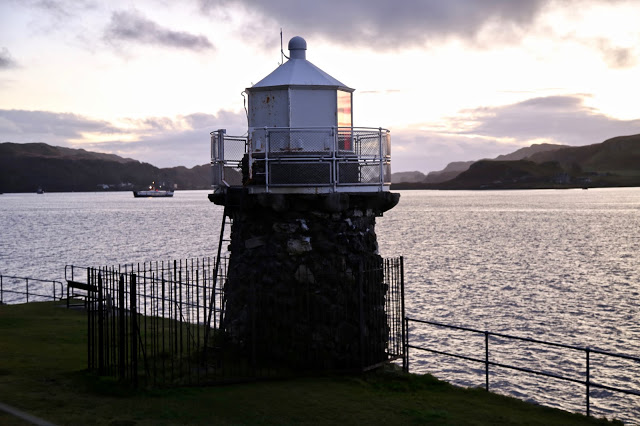 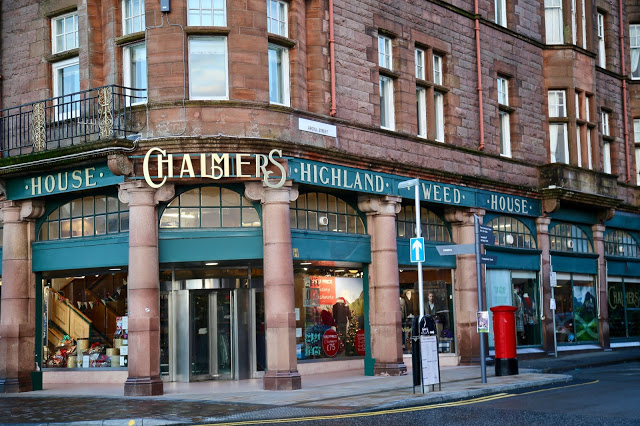 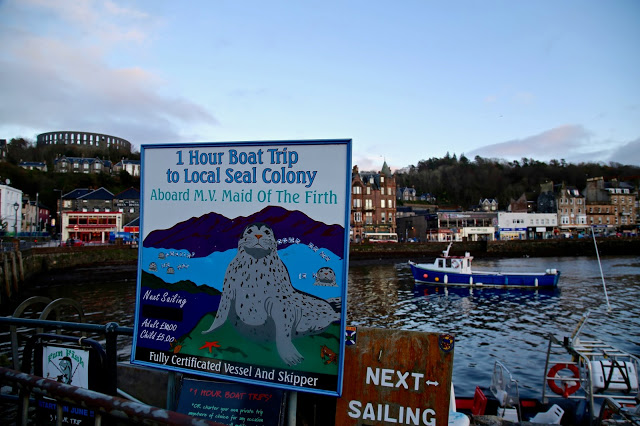 What to do, see and eat in Oban

Oban itself is solid looking, carved out of a granite hillside under putty clouds and charcoal scrubbed sky. There is a stream over which small hump-backed bridges traverse. Basic facts about Oban that you should know:

In short, Oban has everything anybody could possibly want in a town. 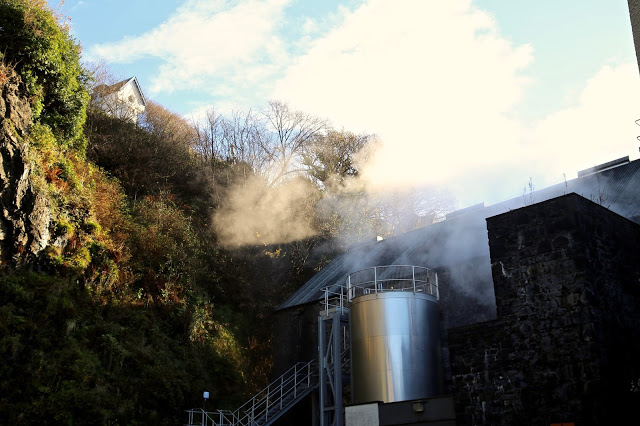 I visited the Oban whisky distillery and the first thing I learnt was that I wasn’t allowed to take pictures or my phone. Any electronic goods could cause a spark and blow up the distillery. You need a special license to take photographs. The picture above of the copper stills had to be taken from the doorway.
There are two broad categories of whisky: single and blends. Just as French wines do not have the grape on the front of the bottle, for the skill is in the blending of different grapes, most whisky is a blend. Although single grain whiskies, particularly single malts, are fashionable, one could also say that the skill of whisky is in the blending.
Whisky, from the Gaelic uisge or water, is a man’s drink. Very few women order it. The women’s equivalent is Baileys made with Irish whiskey. (Scottish whisky is without an ‘e’). Here is a story from the man that invented Baileys, David Gluckman. I love Baileys. In fact my whole family lived on it this Christmas, having got a duty-free deal at the airport. We didn’t get on very well this holiday, probably the only thing holding us together as a family was a daily coffee with Baileys replacing the milk. Divine! Don’t mock it till you’ve tried it.

Whisky can only be called Scotch if it has been aged for at least three years. It’s usually made from barley, a grain that grows well in cold damp climates. Scotch has only three ingredients: grain, water and yeast. Soft Scottish water is what makes it unique. Additional flavour is added by smoke from peat and storage in bourbon or sherry barrels. When tasting whisky, first you ‘nose’ it. Although the ingredients are simple, flavours include orange, honey, butterscotch, salt, vanilla.

The grain or malt is dried with heat, often using peat as fuel, which adds its own flavour and smoke. Peat which covers much of the Scottish highlands, consists of thousands of years of rotted vegetation. While Oban has only a hint of peat, Lagavullin and Laphroaig have a higher percentage – as much as 65 particles per millilitre while smoke is counted in parts per million.

The process is complicated, involving: soaking the grain, ‘turning’ it on the malting floor so that it can germinate, milling in steel rollers, grist, mash, hot water, tuns and fermentation. We walk through the different rooms, each with its own overwhelming odour, either of yeast or malt or alcohol. One room contains the heart of the operation, the copper stills, the worm and something called the ‘spirit safe’ which is padlocked. Security seems to be essential. Not a drop must escape. In fact the only free booze enjoyed by locals is the fumes pumped out from the warehouse, built into the cliff face. “The neighbours are very relaxed” says our guide.

No distillery keeps all of their whisky in the same place, it’s distributed around other distilleries in Scotland. This way they aren’t keeping all their eggs in one basket.
Whisky isn’t aged in the bottle, but in the cask. Before the 1930s, whisky had a different taste as ale, sherry or port wine barrels were used. During prohibition in the USA, white oak ex-bourbon casks were shipped to Scotland (American coopers still needed to earn a living). Today, a finishing cask using European red oak can be used, to give a richer, rounder, sweeter flavour.

The staves are flat-packed and shipped from America and put back together by coopers in Fife. The barrels are held together without ends and metal straps. There are no nails or glue. The casks are porous: 2% is lost over a year to evaporation, which is 28% over the 14 years Oban is matured. (This is why the spirit tax is paid at the end.) The casks breathe in and take on flavours such as oak and bourbon and honey.
Whisky must be stored in oak for at least 3 years and 1 day. At the same time it’s important not to leave the whisky for too long in oak.

I was surprised to learn that cask strength whisky is distilled to 70 or 80% proof and is diluted with de-ionised water to 40%. Master distillers sample all day every day but don’t get drunk. Skills. 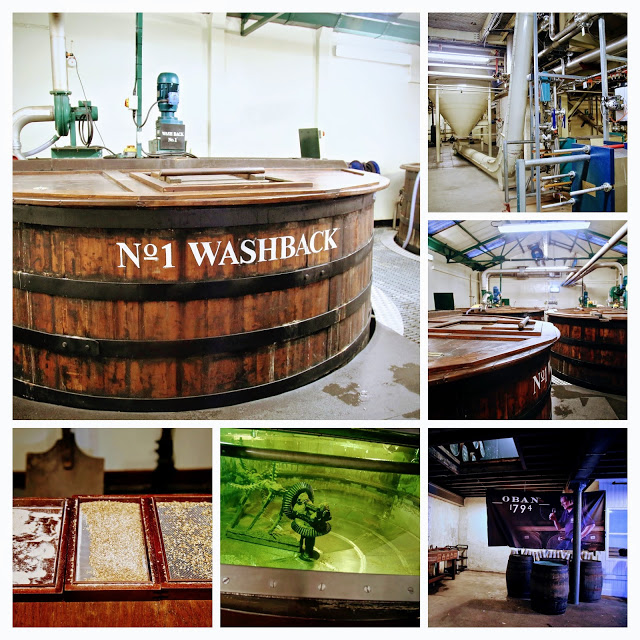 At the end of the tour we tasted Oban whisky and a couple of others. I realised that I like whisky very much, particularly peaty, smoky whisky, even though most girls don’t drink it.
Since the visit I’ve read Rachel McCormack’s entertaining book ‘Chasing the Dram’ which is her story of getting to know her own national drink. I’m currently reading Thad Vogler’s ‘By the smoke and the smell’ which has chapters on Scotch whisky, while he travels with his stepfather.

Things to look out for:

How to drink it?

There is a big debate as to whether to add water. Even a couple of drops of water can ‘open’ up and sweeten the whisky. You could use a pipette to administer the water for precision.
It’s fine to have it on the rocks, with ice.
Rachel McCormack says there isn’t much tradition of using whisky in food. However it matches well with ginger and scallops and a drop of 14 year old whisky in your porridge does wonders. Whisky is quite good with curry – Johnny Walker is India’s national drink.

But I’ve got a whole new way of judging alcohol: not by the taste nor quality, not by how it’s brewed or by how old it is – none of that usual stuff. I now judge alcohol by the way it makes you feel- the particular level and variety of drunkenness which it gets you to.
Whisky gets you a nice kind of drunk. You feel mellow and chilled out. You don’t get angry or randy or violent. You just feel relaxed and blissed out and not-give-a-shittish.
This is a parameter that is so often forgotten. 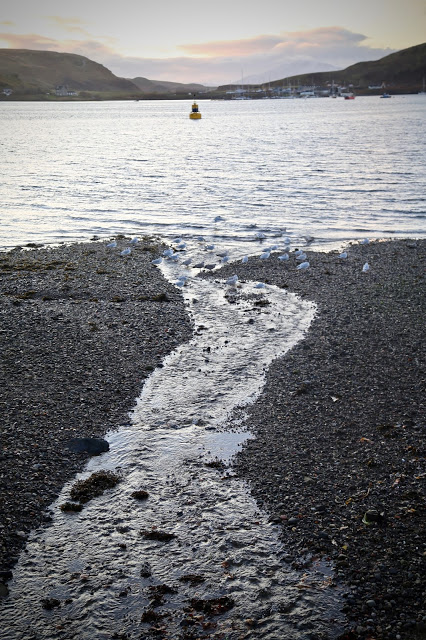