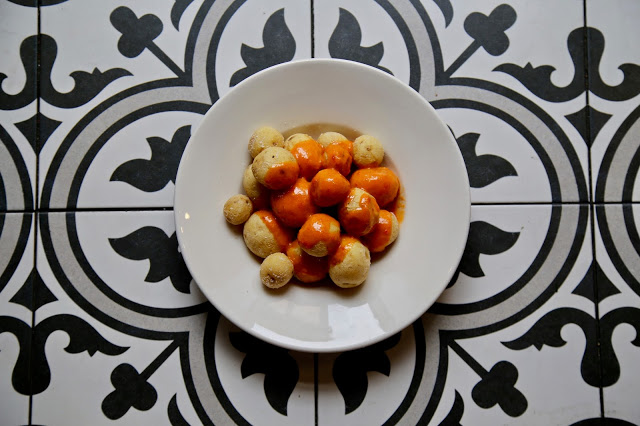 Gran Canaria is where I got to taste perhaps the most famous Canarian dish: papas arrugadas, or wrinkly potatoes. It’s served with ‘mojo’, a sauce, which comes in two colours and three flavours: red, green and spicy.
The small potatoes (papas La Bonita is the preferred type) are boiled in heavily salted water: one local told me half as much salt as water!! Here is a description:

“Las Papas arrugadas (dried/wrinkled potatoes), is probably the most iconic food from this latitude. They are boiled with a little water and saturated sea salt, which, by osmosis, dries the potatoes, creates its characteristic shape, and thick flavor. Normally, spicy sauce (from endemic pepper), is used to adjust the plate, and dry salty fish, or fresh one, completes the total.”

After being boiled, the papas (this term is South American Spanish rather than the ‘patatas’of Castillano Spanish, hinting at the strong Latin American influence in the Canary Islands) are dry-fried in a pan which means you end up with a fluffy, salt-encrusted potato.

The sauce is made from local red peppers from La Palma. I’m going to recreate this recipe soon and post it up here.

More or less any restaurant in Gran Canaria does this well, but I ate them at a back street place in the old town, next to the main market.

Another local speciality in the Canaries is the Moray Eel (below looking like a leopard-skin snake) which is served deep-fried. 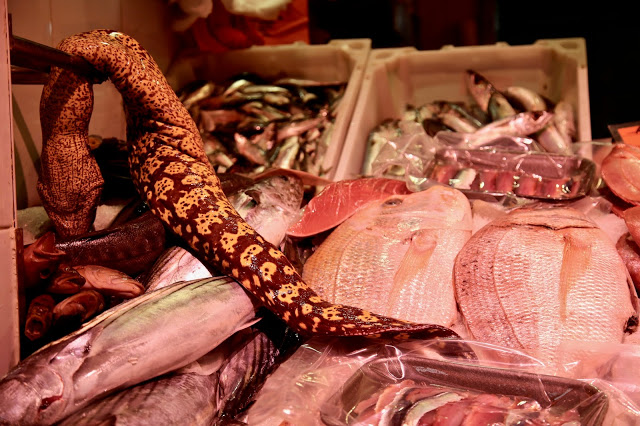 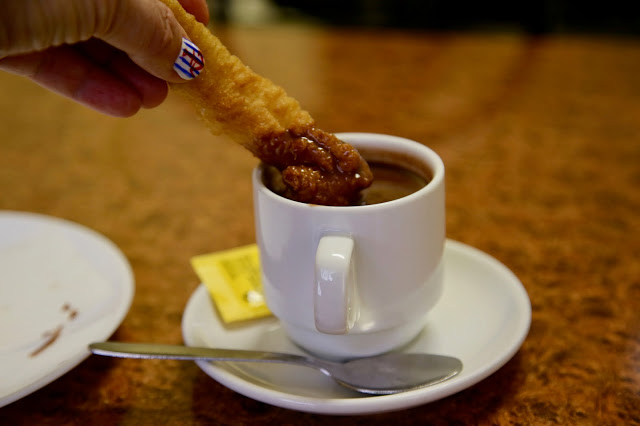 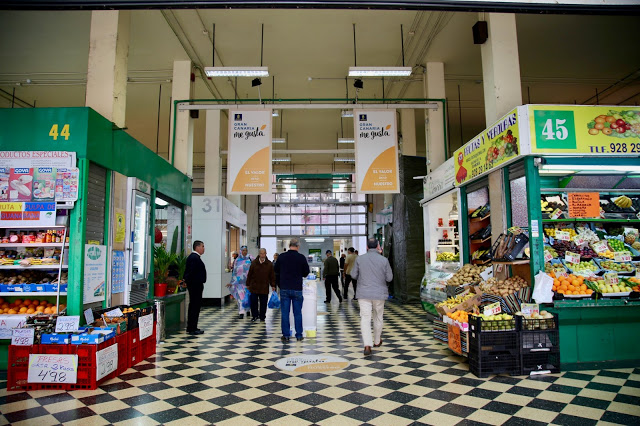 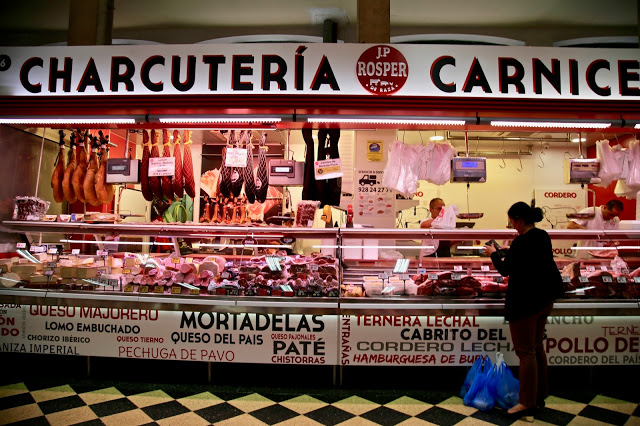 The other place which is a must-visit in the old town,  is the house, now a museum, of Christopher Columbus, La Casa de Colon. It’s a beautiful old mansion and interior courtyard with several rooms that detail his four expeditions to ‘India’. The streets around the museum are picturesque. 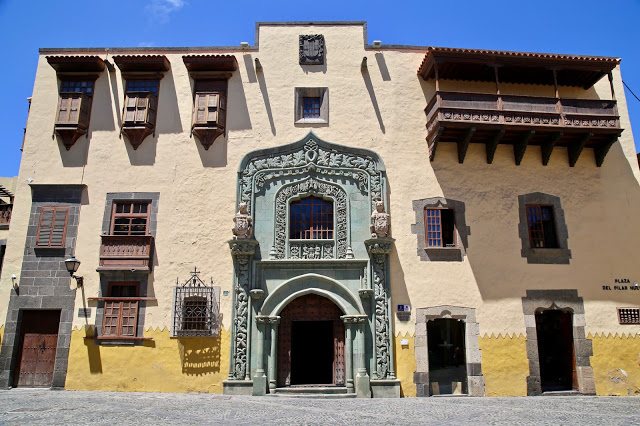 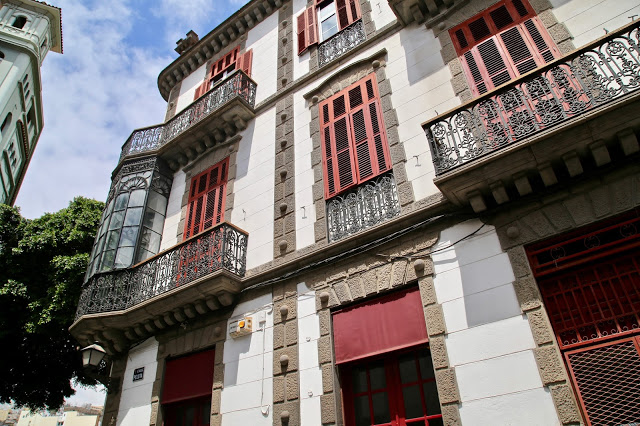 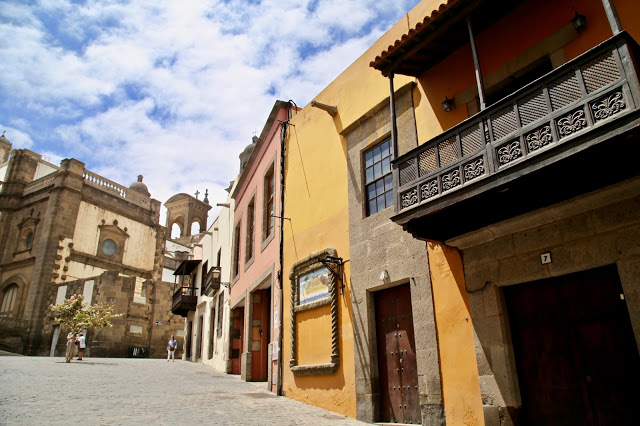 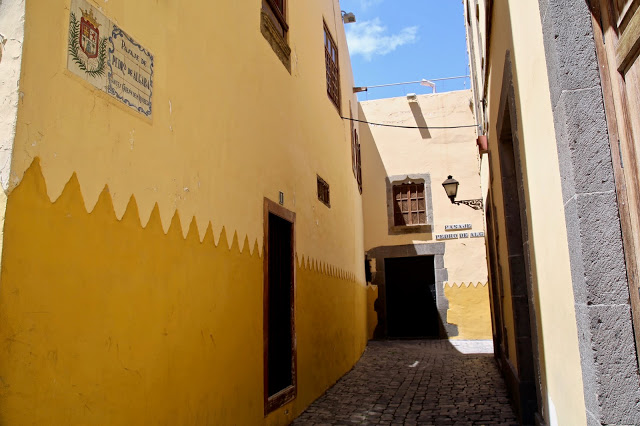 Just before getting back on the boat, we went to the sandy beach opposite the port. Like Rio de Janeiro, Gran Canaria has a decent beach right in the city. I had Tinto de Verano (lemonade with red wine) and padron peppers in one of the cafes that line the beach. 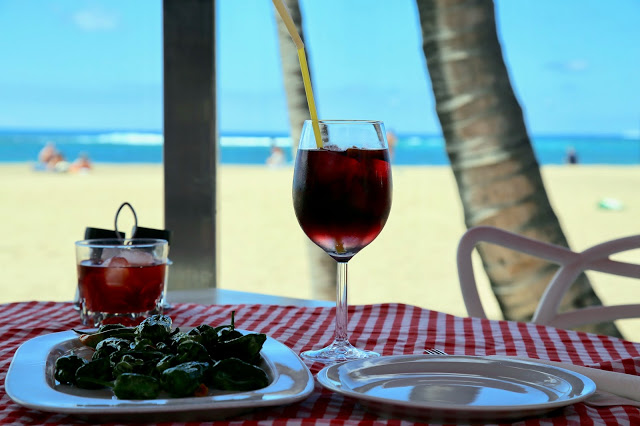 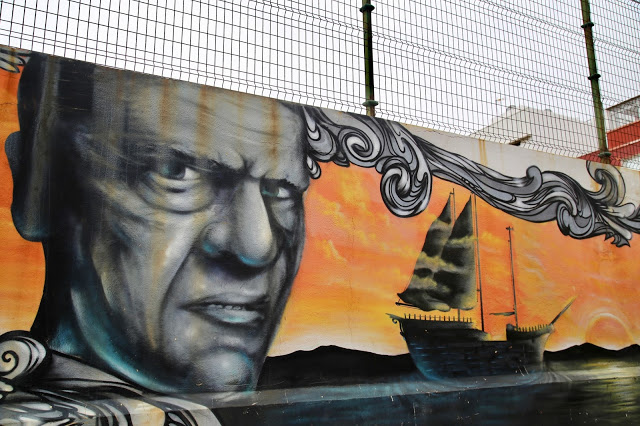