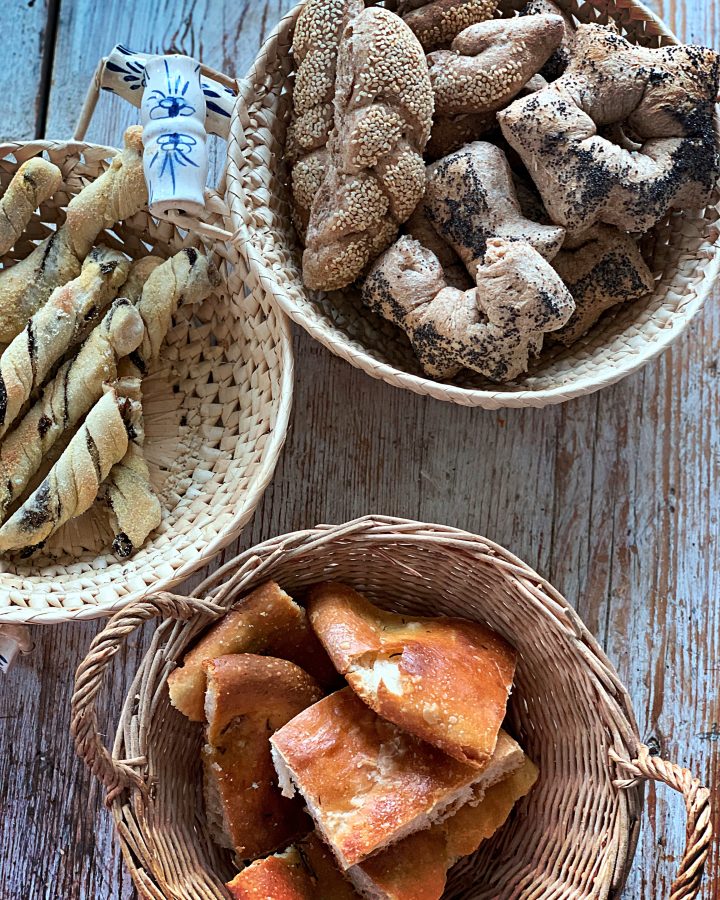 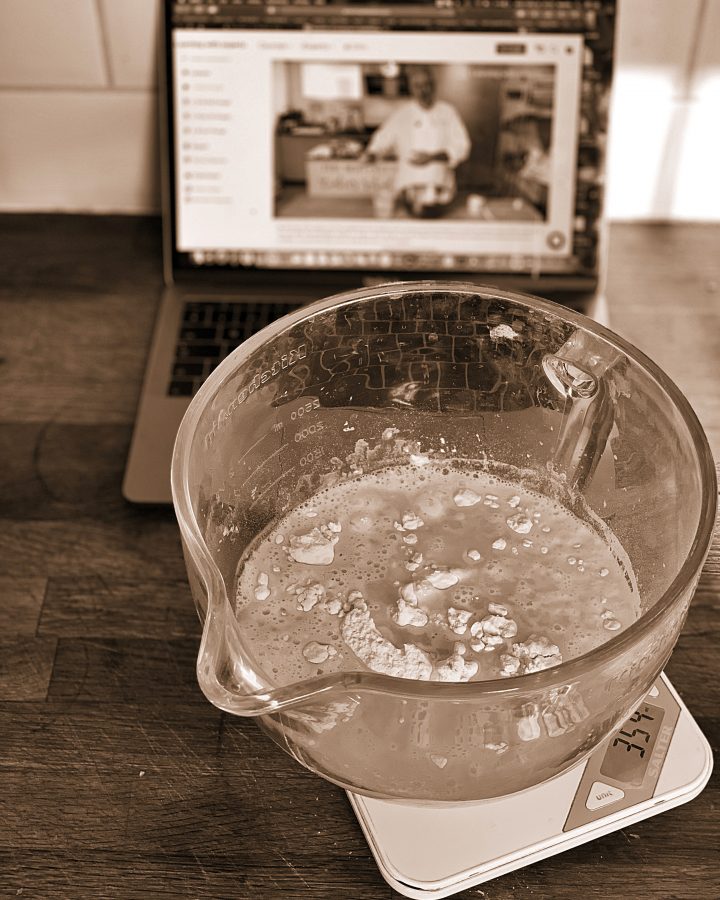 While I earn my living from cooking, I’m a great believer in the adage ‘you never stop learning’. Lockdown is an opportunity to improve my skills and revisit some of the basics. With this in mind, when offered a choice of online cooking courses by ‘Learning with experts‘ I eagerly plumped for Introduction to Bread Making with Richard Bertinet.

Choosing baking is an economical option in that all you need is flour, yeast, water, salt, butter and oil. There are a whole list of food courses however, from chocolate making with Paul A Young to learning classic French cuisine with Michel Roux.

Richard Bertinet is one of the UK’s most well known bakers, having moved here from France decades ago. He’s based in Bath where he has a school and bakery. Richard has taught many of the top patisserie chefs and he has a particular technique. He employs an unusual kneading and proving system which works sensitively with the dough, producing a crusty flavoursome and most importantly light loaf.

I have his book ‘Dough’ and I’ve pretty much baked everything in it (quite rare, the average is one recipe per cookbook). So would I learn anything new?

The answer is a resounding yes, to a surprising extent. 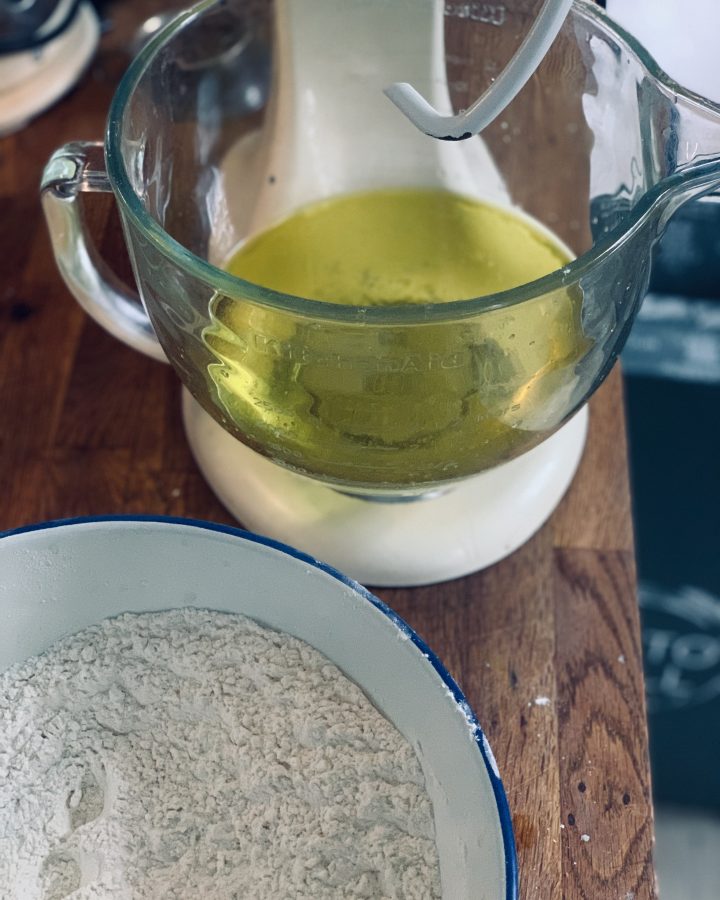 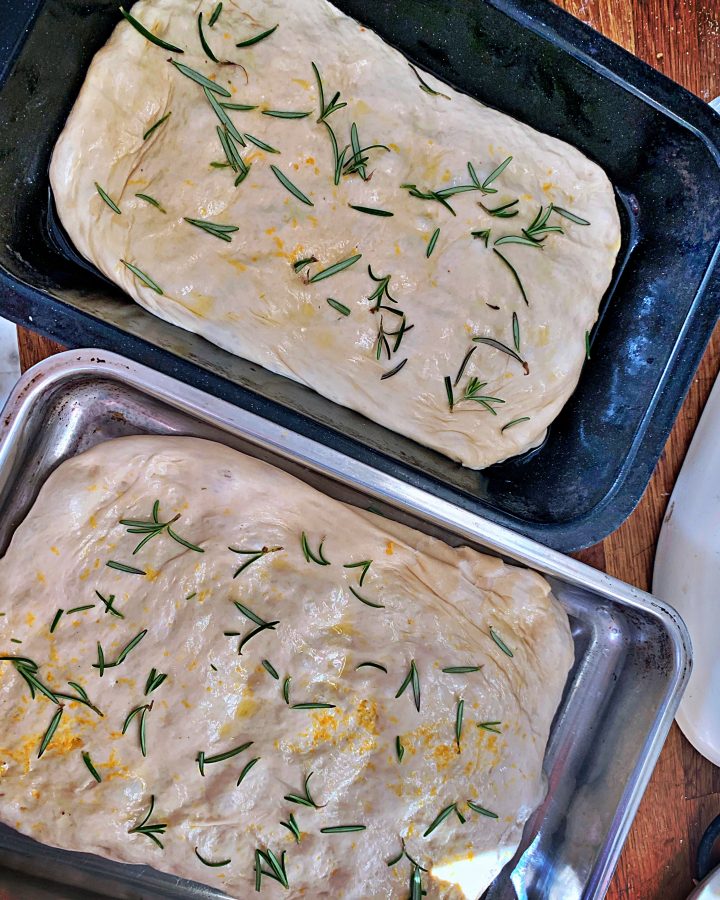 The ‘Learning with experts’ course is divided into four parts: white dough, pain de mie, olive dough, brown dough. Each segment has a video and written instructions. If you opt for the ‘expert’ course, rather than the peer course, you are given assignments (uploading remarks, questions, comments, photos and videos) which are marked by Richard and his assistants. He gives constructive feedback (see below). With the peer course, you can share with other virtual class-mates and critique each other’s bakes. 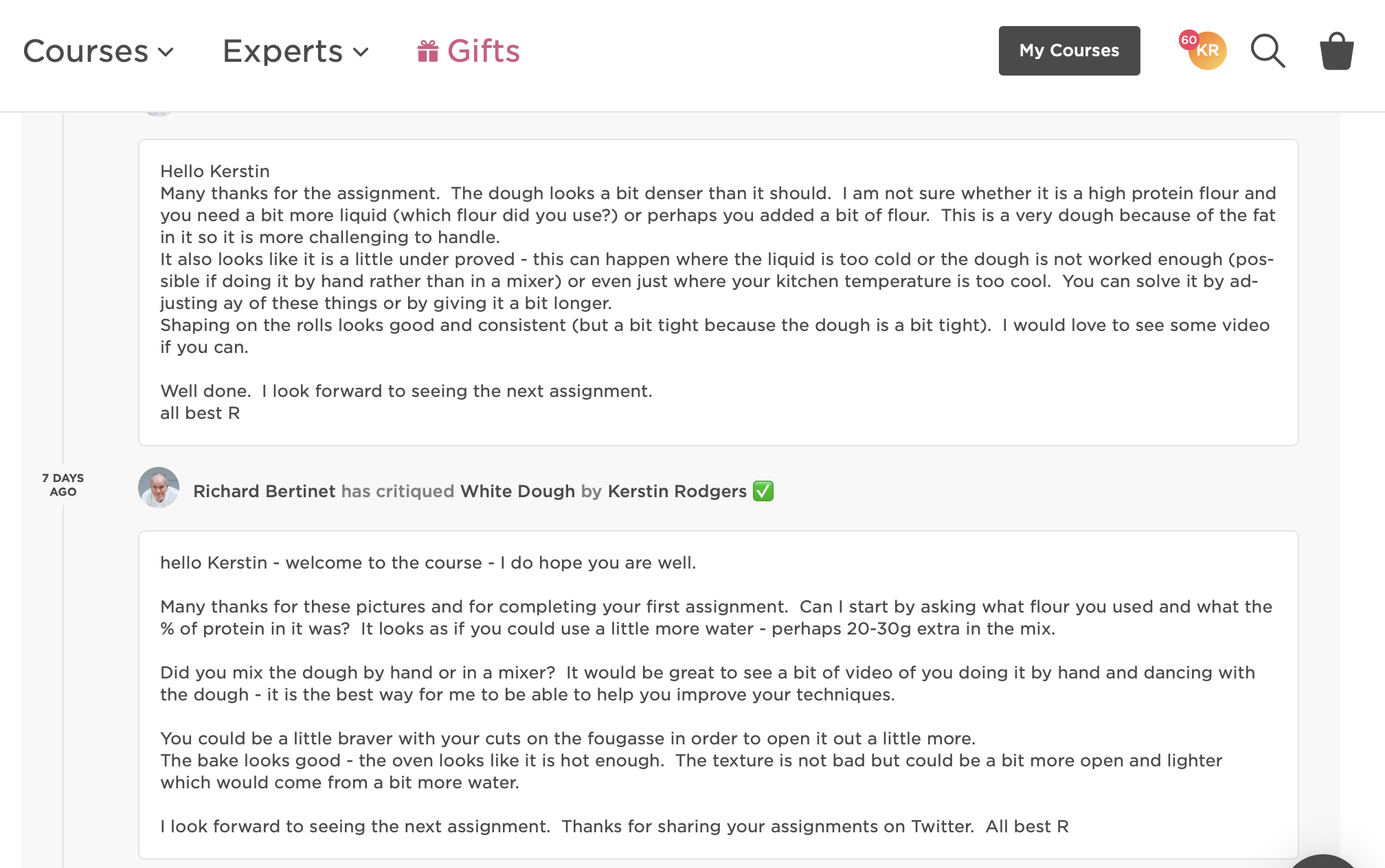 Even though I’ve met Richard several times and had one to one demonstrations of his technique, it’s useful to have a video that you can stop/start/rewind and repeat at will. (Ladies, Richard also has a tremendously sexy French accent.)

I still don’t have his kneading/slapping technique down pat but over the progress of the course, I certainly improved and this could be seen in the structure of my dough. Richard is full of little tips. I didn’t know for instance that when making bread in a mixer, you should start with cold water rather than luke-warm (because the machine will heat it up). Nor did I know that with a mixer, you put the liquids in first, then the flour, in this way you don’t end up with a layer of dry flour at the bottom of the bowl. 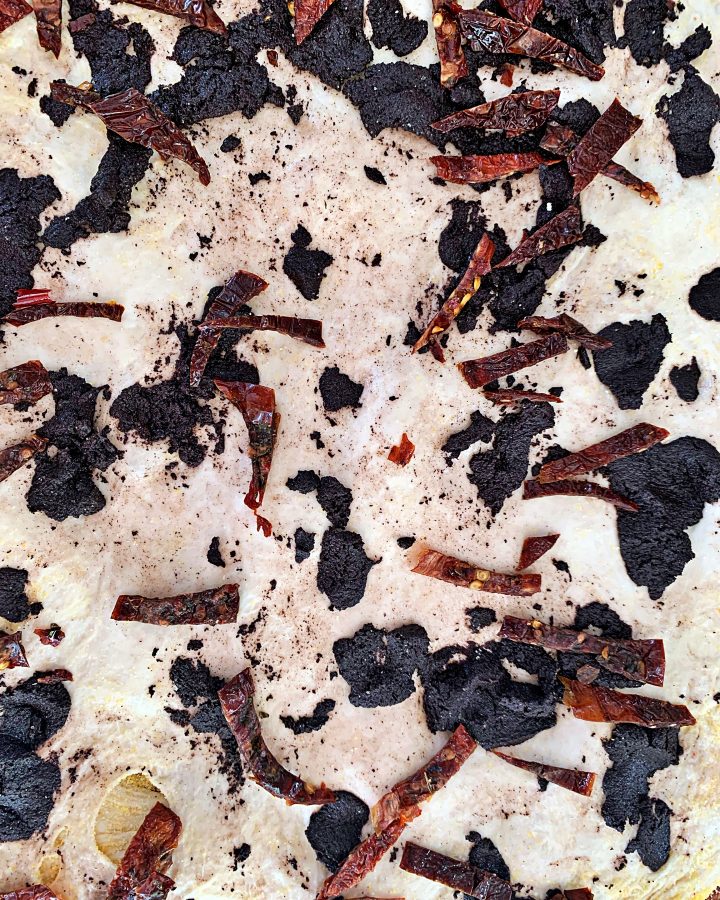 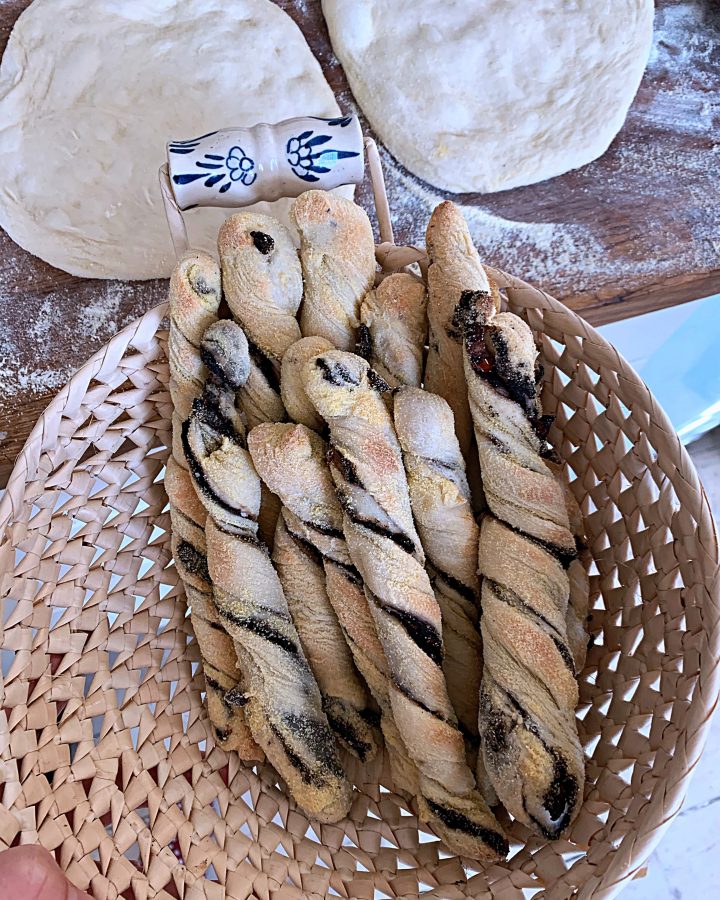 I was motivated by the course, which obliged me to bake, I need deadlines. I hope to keep up this habit. Me and my bubble had a couple of weeks of gorgeous fresh bread from focaccia to bread sticks, fougasse, poppy seed stars, rolls, sesame seed plaits, pizza bases and sandwich bread. 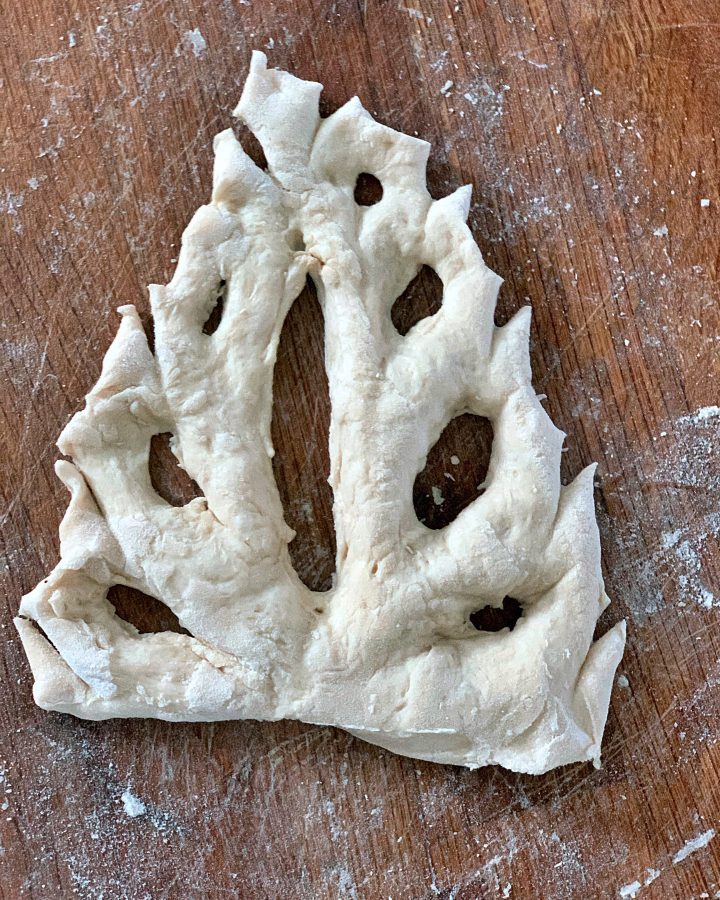 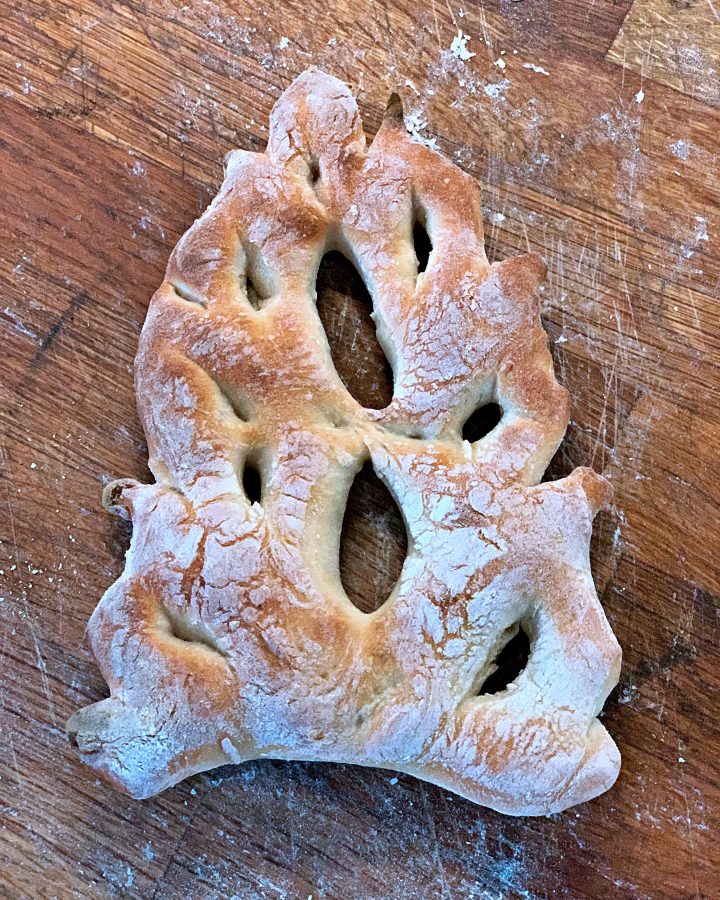 Previous Post: « How hospitality has pivoted to survive the Covid lockdown: meal kits, zoom tastings and a delivery supper club
Next Post: How to make Easter eggs »