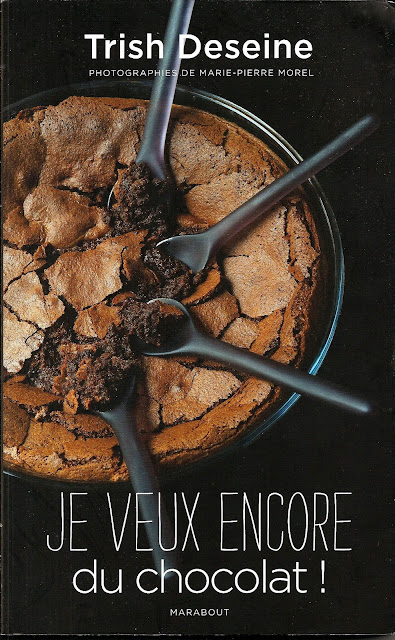 It’s Chocolate Week and one of my recipes is featured in Trish Deseine’s latest book: Je veux encore du chocolat, a kind of ‘best of’ her chocolate recipes over the years. Trish usually writes in French but she does have some English books out including Trish’s French Kitchen. She also has a great website and tumblr. Her writing is always opinionated and informed, she has exquisite taste, and her books are beautifully photographed. She is one of the authorities on chocolate. Arm yourself with one of her books! You won’t regret it.
Here is the translation of my recipe:

“I’m not a chocolate snob, I love white chocolate! Once, I tried to convert Trish’s chocolate fondant cake into a white version for dessert at my pop up The Underground Restaurant.
I was rather too confident, I didn’t even do a trial before cooking it for my 30 guests, so several hours of work later, yuk!
It was really awful, too sweet, too fatty, I had to throw this enormous cake into the bin. I quickly had to come up with another dessert (lemon posset I think) for my guests.
Later, after several days of playing with proportions, I reduced the butter, the sugar… and it worked!”

Preheat the oven to 190C
Melt the chocolate and the butter in the microwave or in a bain-marie. Add the sugar and leave it to cool.
One by one incorporate the eggs, mixing well with a wooden spoon.
Add the tablespoon of flour then pour into your mould.
Bake for 22 minutes.
Take it out of the oven, taking it out of the mould and leave to cool and rest.
Serve with some passionfruit or gooseberries, a tart fruit that will cut through the richness. 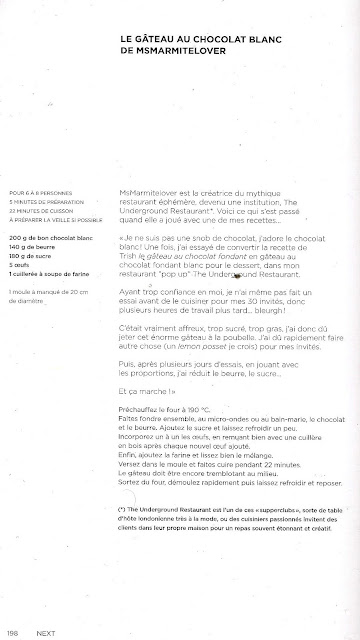 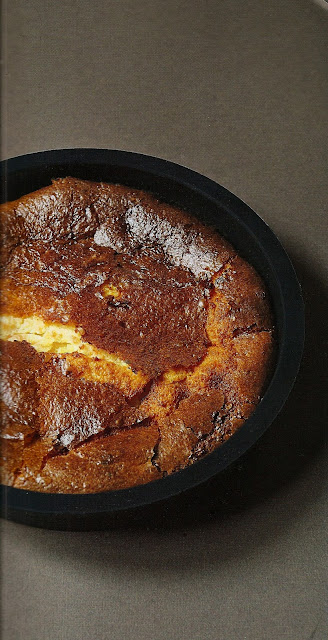