In Judaism they start the Sabbath, the day of rest, on Friday. Preparations begin Thursday night: for nothing, not an oven or a light nor an elevator button, may be switched on from sundown Friday until the appearance of three stars in the sky on Saturday night. Pressing buttons is considered work, likewise shopping and cooking, which is forbidden during this period. Even tearing off a sheet of toilet paper is work and pre-cut sheets are provided.
Dishes such as cholent (a stew) are slowly cooked before, so that there is some warm food for the meal. The bread is bought before dark. Candles are lit.
On Thursday evening, I visited Bnei Brak, the Haredi orthodox Jewish quarter in Tel Aviv. I was warned: don’t touch the men, DO NOT shake hands. Wear modest long clothing, cover your arms down past your elbows. Scratching my head at the limited contents of my suitcase, I resorted to wearing my nightie with a borrowed shawl.
After bundling into a delicatessen, it’s fluorescent lit fridge shelves lined with colourful salads, pickled herrings and cottage cheese, I moved onto a bakery where the plump white Sabbath loaves, Challah, were plaited, sprinkled with seeds, baked and bagged. If you arrive early and snag a little raw dough, you can make a wish. Later, down the dark back streets, a hole-in-the-wall cholent joint, brown gunk in a plastic bowl, served by a patriarch with a lingering accent trace of Brooklyn, accompanied by sour pickles and brown wedges of noodle kugel.
Orthodox kids asked ‘Where do you come from?’ in Yiddish. The guide, Dorit Barak, granddaughter of one of the founders of Bnei Brak, explained ‘They ask everybody that. Even Israelis. They live in a separate world. The ultra orthodox kids don’t know anybody outside their area exists, they are so isolated.’ Ultra orthodox Jews do not use the Internet without filters and certain Israeli phone companies cater for them with basic mobile phones which are not Internet enabled.
The Haredi are nicknamed ‘penguins’ for they wear only black and white. Having separated from mainstream Judaism in the 18th century, their clothing retains a romantic costume drama bravura influenced by Poland, Turkey and Babylonia: tall black hats, long black Prince Albert style coats, white shirts without neck ties. On the Sabbath, slip-on shoes are worn (for knotting laces is work) and fur hats.
While the Israeli state is secular, all hotels in Israel are kosher except for the Scots hotel. Many hotels will have two restaurants: one for meat and another for dairy. Our driver would never touch dairy, out of the two, he chose meat at every meal.  Every hotel restaurant has a sink outside where observant Jews can wash their hands three times before entering. Some elevators are designated as Sabbath lifts, they stop at every floor, taking you to your destination without having to press a button.
I was also privileged to be invited to an Israeli supper club in Tel Aviv: ‘Friday night concept dinners’ run by three friends, designers and architects, Dorit Chesler and Gili Shapira of Two Arch and a designer, Tal Zur of Trixie design studio and their buddy, Chen Shadmi of Shadmi-Design.
In a stylish flat and courtyard, we had a friendly and relaxed meal, as if we were with old friends, which revealed an intriguing marriage of design innovation and Jewish tradition, one of the highlights of my trip to Israel.
The table itself was cobbled together half an hour before our party arrived, from MDF and sticky-back plastic, mimicking the traditional white tablecloth laid for the Sabbath meal. The kiddush cup, which is passed from person to person during prayers, was a specially designed glass that fitted into the top of a kosher wine bottle. The tearing (never cutting) of the challah bread was achieved via an ingenious ceramic chain. One’s prettiest tableware must be presented for the Sabbath dinner; this time via originally designed water jugs and unusual rectangular white dishes.
Wine was provided by Flam winery. I had no idea Israeli wine had improved so much, this was a revelation throughout my trip. I also tried Arak, a pastis style liquor, as a digestif, from Ierous, a Jerusalem Arak distillery. 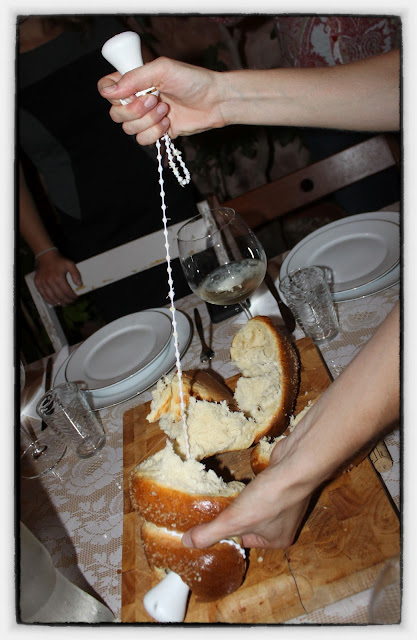 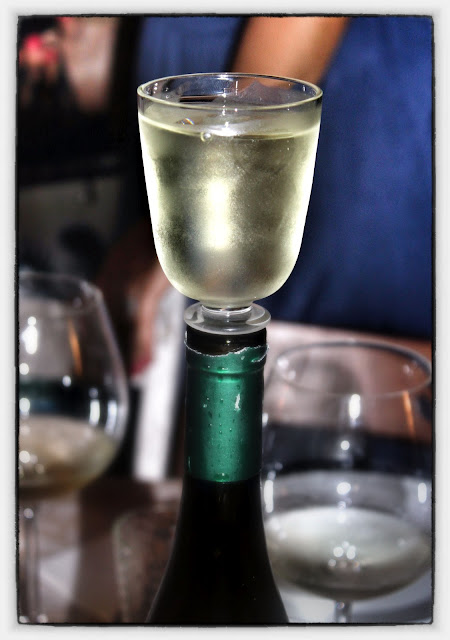 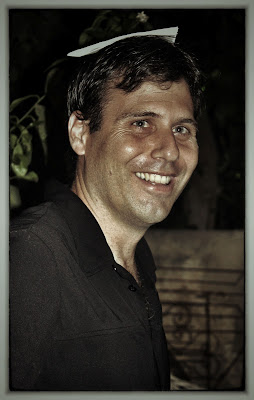 If you have forgotten your kippah, small hat, then people use a serviette or even their hand to cover their head during prayers.