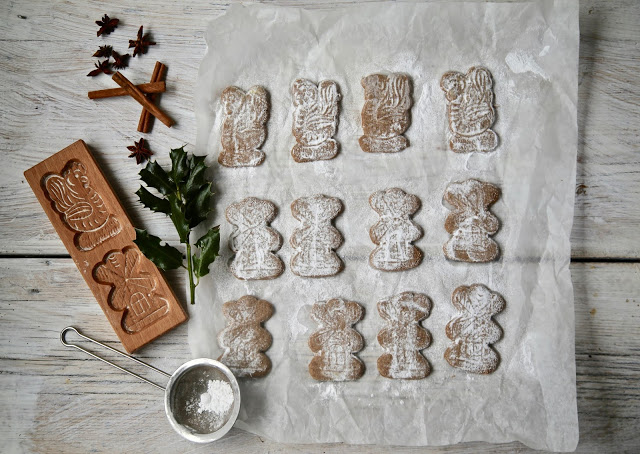 A traditional biscuit from the lowlands is likely something you have already tasted at a café. It would have been a tiny, individually wrapped Lotus cookie tucked by the coffee cup on your saucer. This spiced biscuit is called Speculoos (Belgian Flemish) or Speculaas (Dutch).

Dutchman Stephen Dotsch sells both the spice and the moulds via his home business speculaas.co.uk. Coincidentally, he is based in the street where I grew up, Highgate’s Cholmeley Park. In fact it was an incredible shock to walk up the garden path as I realised it was the house of my dentist Mr Maguire, a very kindly man who made sure we were never frightened. I hadn’t realised he’d died. I spent the first few minutes of meeting Stephen spluttering and saying things like: ‘This was the waiting room. This was the surgery!’

That afternoon I watched Stephen bake his version of speculaas while he explained the history.

“Speculaas are spicier than speculoos. I use my grandmother’s recipe, which has nine spices, but generally they have between five and seven. The biscuit originated in Holland. In our golden age, the 17th-18th century, colonies such as Indonesia and a monopoly on spices meant Dutch bakers got a good price. Belgian bakers couldn’t afford the spices so used only one spice, cassia bark, which was cheaper.

“The original wooden moulds were pagan, but developed into engravings of saints which people used as altar offerings. These are difficult to find – people burnt them during the reformation. Afterwards, only animals, plants or windmills were used for the carvings. These picture biscuits were very popular at fairs.

“I have a 19th century mould, The Lovers. If a young man wanted to marry a girl, he’d bake from a lover mould then decorate the biscuit. If the girl accepts the gift, she is interested. Families would keep wooden moulds as heirlooms.”
To use traditional wooden moulds for the first time, prepare them by brushing the interior of the mould with oil (almond, vegetable or flaxseed). Leave to dry for a couple of days, then repeat. Never wash them. It’s worth buying good quality wooden moulds such as those from Stephen at speculaas.co.uk or souschef.co.uk 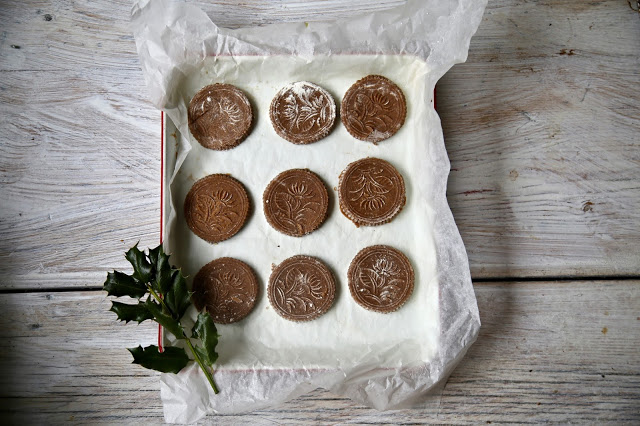 For the spice mix: 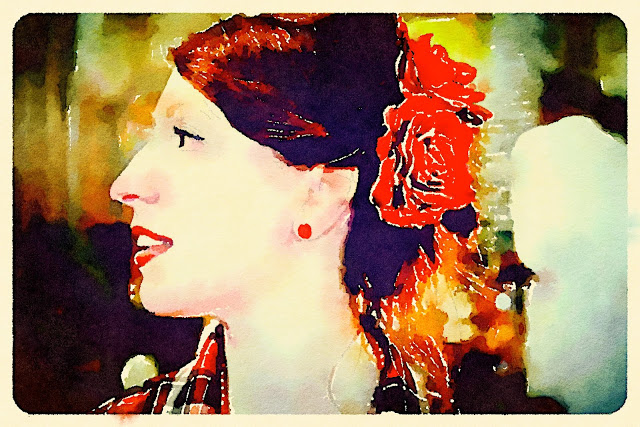 I’m having a Belgian supper club at my place, with Regula Ysewijn on February 16th.
Tickets cost £50 for a 4 course meal with beer tasting.
Book here:
http://www.edibleexperiences.com/p/69/The-Underground-Restaurant/2270001/Prune-tart-day-with-MsFoodwise-Regula-Ysewijn