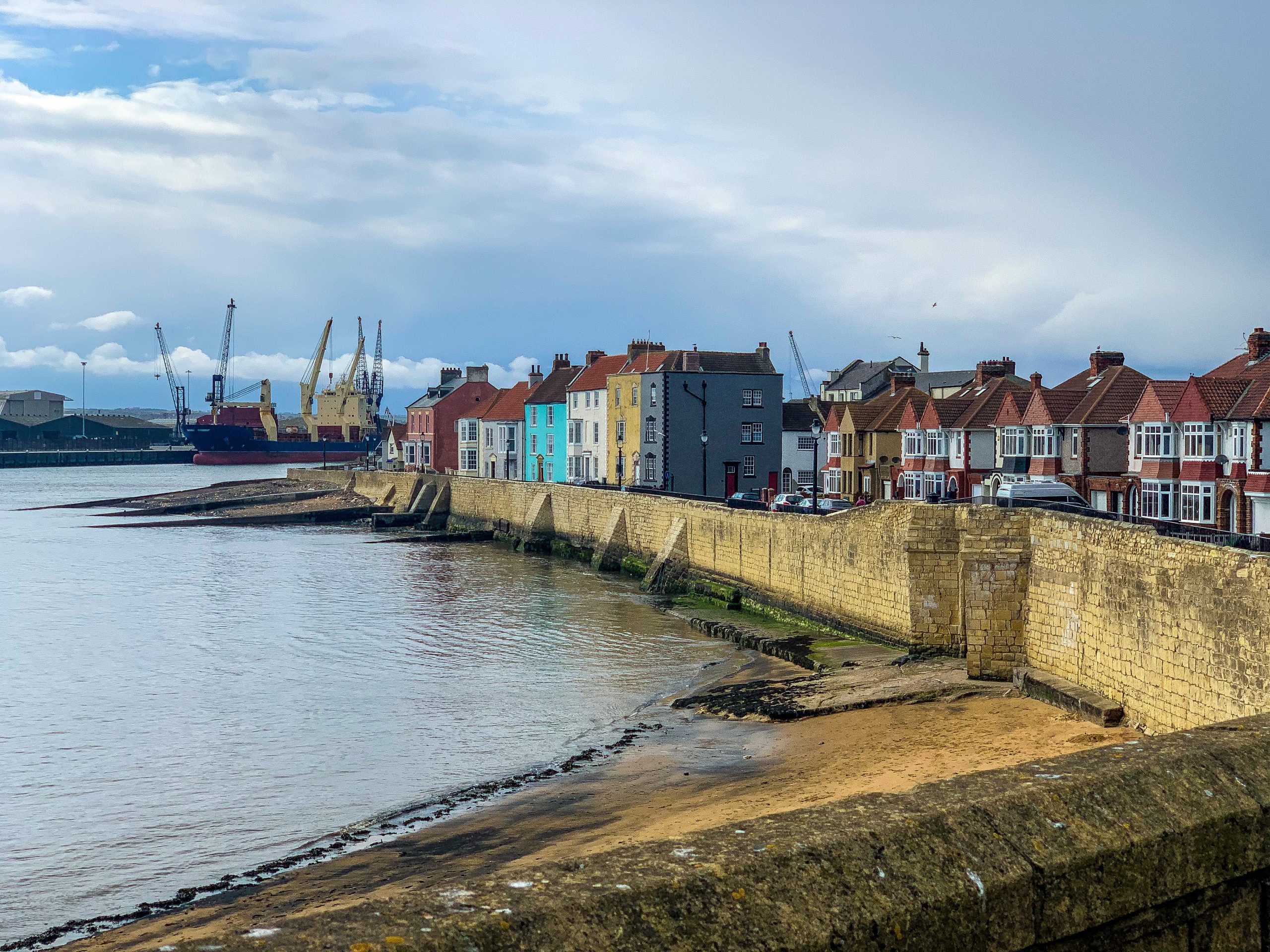 This bank holiday weekend,  my daughter, who is editor of Labour List, was driving up to Hartlepool and Glasgow to cover, respectively, the by-election and the Scottish parliament elections. I scraped in. I just want to get out of the bloody house.

I learnt new things: it’s so much harder to interview (do ‘vox pops’) people about politics than it is to question them on food and drink. They clam up. They say things like ‘Oh I’m not interested in politics’, or ‘I’m not a scholar’, or ‘I won’t give you my name in case I get rocks through my window. There’s a lot of bad people around you know’.

‘Really?’ I don’t think criminals read political websites but hey I could be wrong.

Hartlepool is part of the ‘Red Wall’ constituencies that have, for decades, voted Labour. Much to everyone’s shock (not mine, I coulda told them that for free) last election, the Red Wall voted Tory. And mostly for one reason: ‘to get Brexit done’. In the Labour Party, a treacherous chasm of conflicting positions, the left think they lost because of Brexit and the right think they lost because of Corbyn. Hartlepool voted overwhelmingly for Brexit.

Posh Londoners simply can’t understand this and think anybody who voted Brexit is thick and racist. Sure, that’ll get you votes.

I’ve never been to Hartlepool before. I knew it is considered deprived and part of County Durham. The actual city of Durham is posh, but it’s stranded in a chronically under-funded North East region of England. Peter Mandelson, Blair’s former right-hand man, used to be the MP. There is a possibly apocryphal story that, in a local fish and chip shop, he mistook mushy peas for avocado dip. The other thing that Hartlepool is famous for is John ‘Johnny’ Darwin, a man who faked his own death, paddling out to sea in his kayak, while his wife claimed the life insurance. Six years later they were discovered living together in Panama. I saw a film crew shooting part of this story, led by the actor Eddie Marsan. It’ll be out next year on ITV. 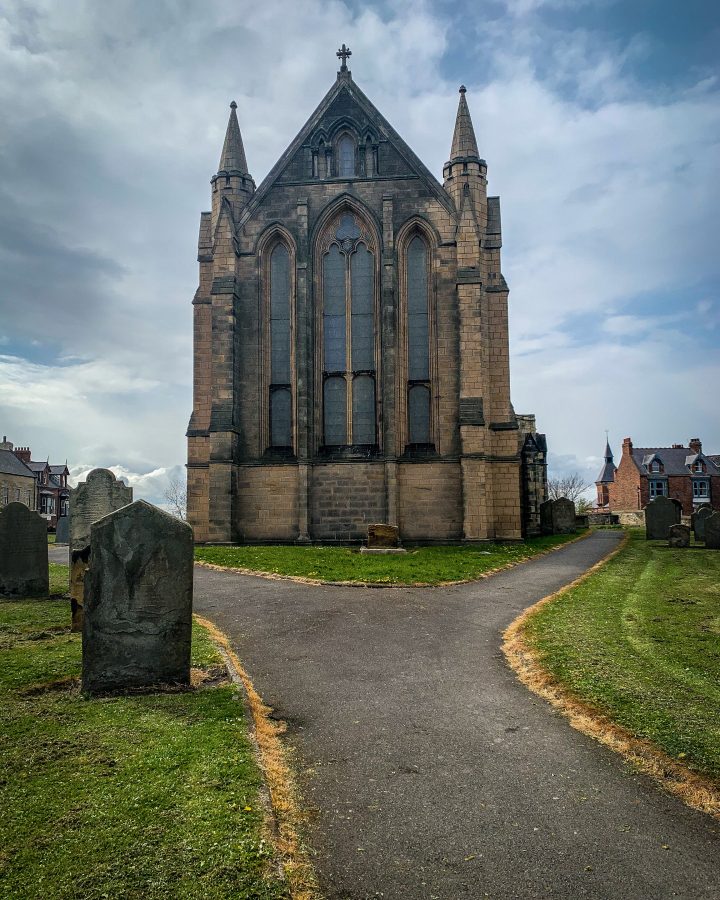 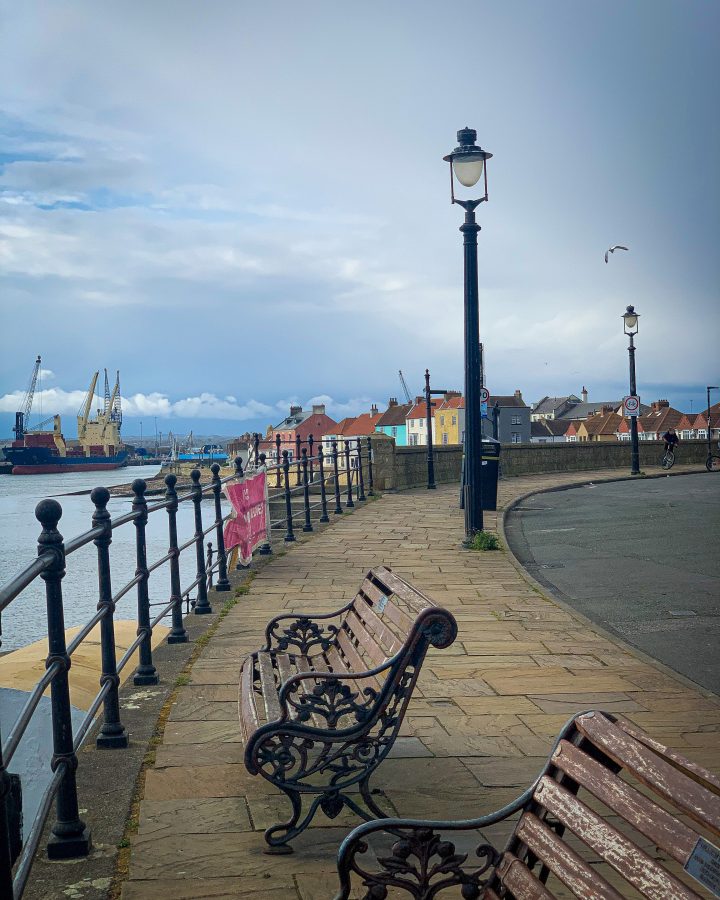 After dropping my daughter and her boyfriend off at the Labour campaign HQ, I drove to the Headland, to the 12th century Saint Hilda’s church. Tall elegant Victorian houses painted in pastel and muted colours looked out onto the cold rough sea. In London they’d be worth minimum two or three million pounds. I tried to interview a guy on local politics. He wouldn’t give his name. He liked Blair but didn’t think much of Keir Starmer. He bought a five story Victorian house here for 66k. 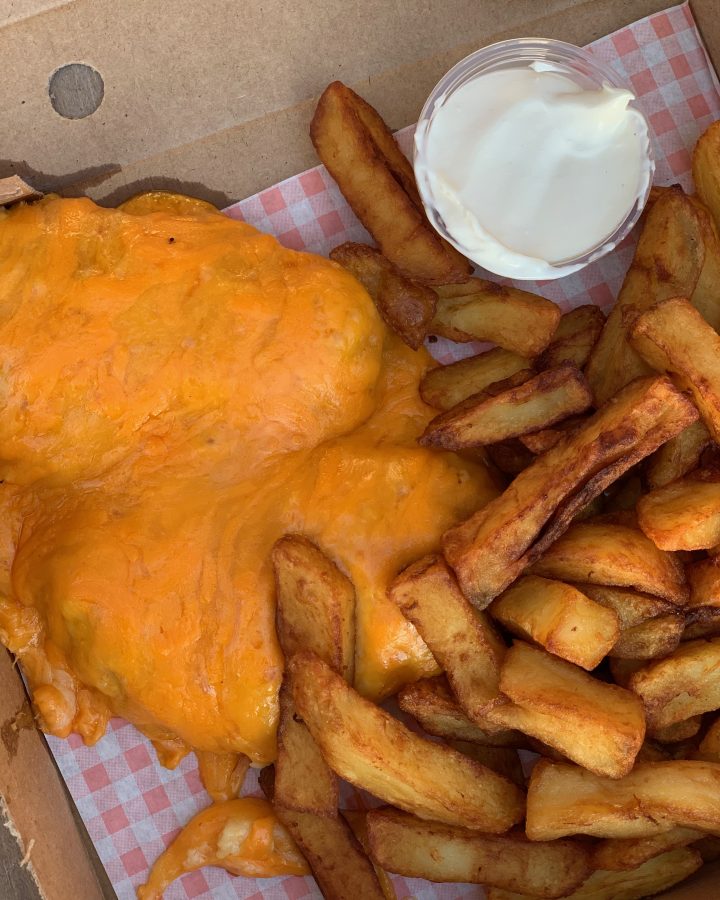 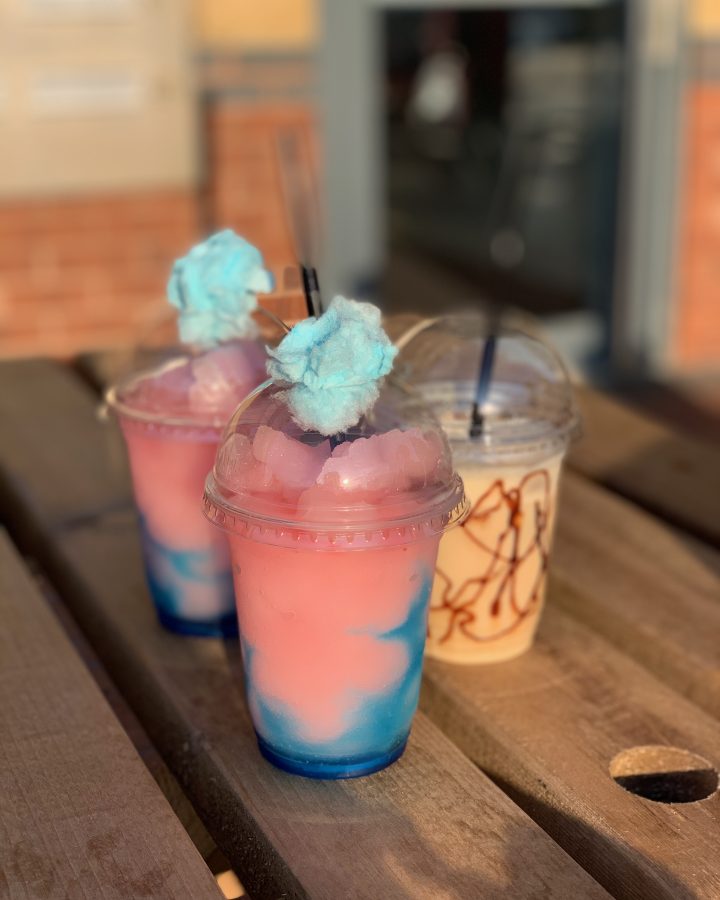 As the sun dropped, we ate a local speciality at the newly built Marina, something called a ‘parmo’, usually chicken spread thickly with melted cheese, but a quorn vegetarian version. Heavily made-up girls with big dark eyebrows huddled in short furry coats and bronzed bare legs and midriffs. Pale boys with shaven heads sat surrounded with frozen slushy cocktails, two for a tenner, Happy Hour. The most popular cocktail was a ‘Bubblegum daquiri’ laden with blue candy floss and squashy pink sweets. A couple sat at a table coronated with a ‘gin tree’; an enormous metal device at the end of each branch was a gin and tonic. You get 12 drinks for £50.

The parmo was, despite being described on Twitter as a ‘cheese covered placenta’, delicious. I totally get why it’s the kebab of the North East, something to fill and warm you after a night on the booze. 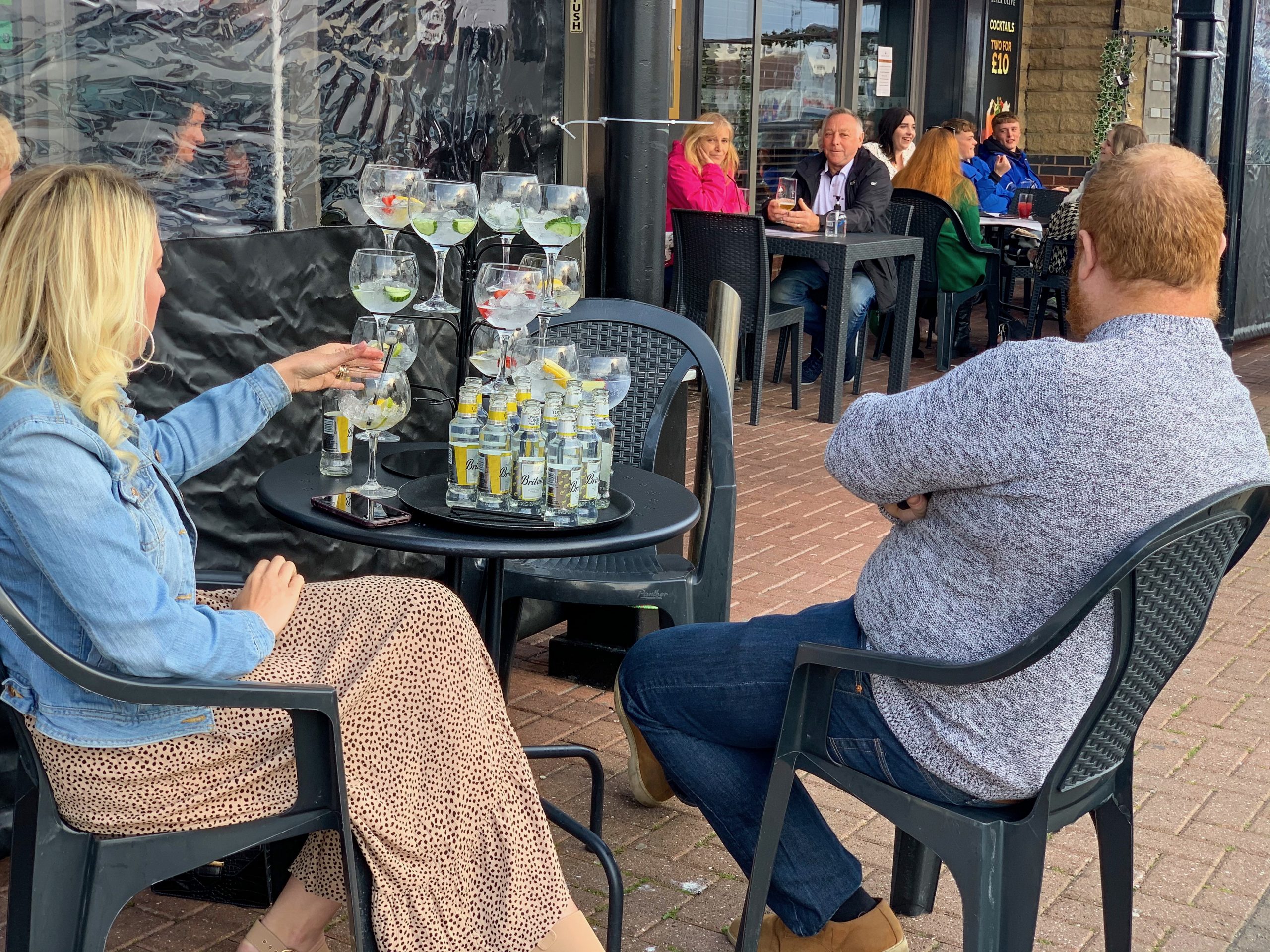 Our Airbnb (freezing, no bedside lamps, no TV, no internet with a depressing view) hostess had a husky cancerous voice. What do you think of Boris? ‘He’s a very naughty boy’ she said with a smoker’s laugh. Nobody cared that his girlfriend Carrie Antoinette had spent 200k on interior furnishings, on gold wallpaper. This has been the top subject on Twitter for a week now. But here in Hartlepool, one of the poorest parts of the UK, nobody gave a shit. ‘He got Brexit done’,  ‘The queen would spend that kind of money and I love her’. ‘All politicians are corrupt’. They forgave his mistakes on the pandemic. ”Nobody would have done better’. 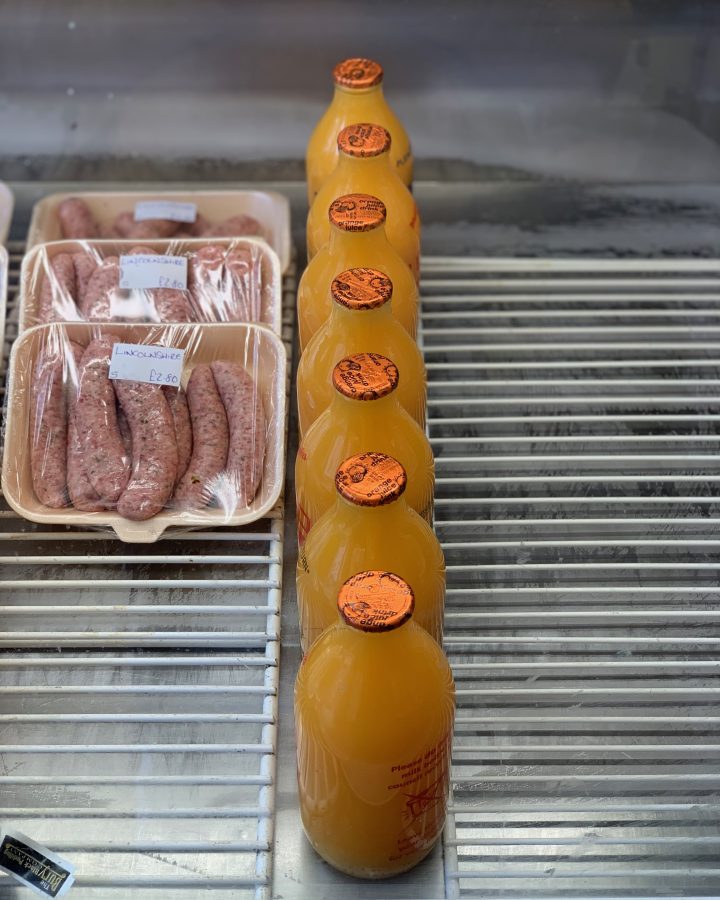 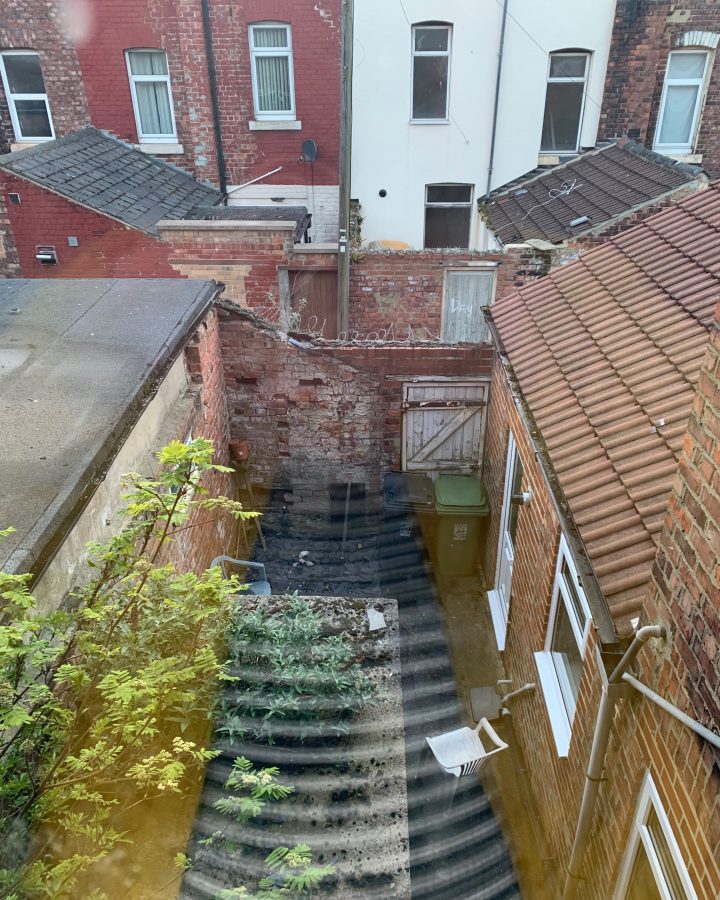 The view from our airbnb 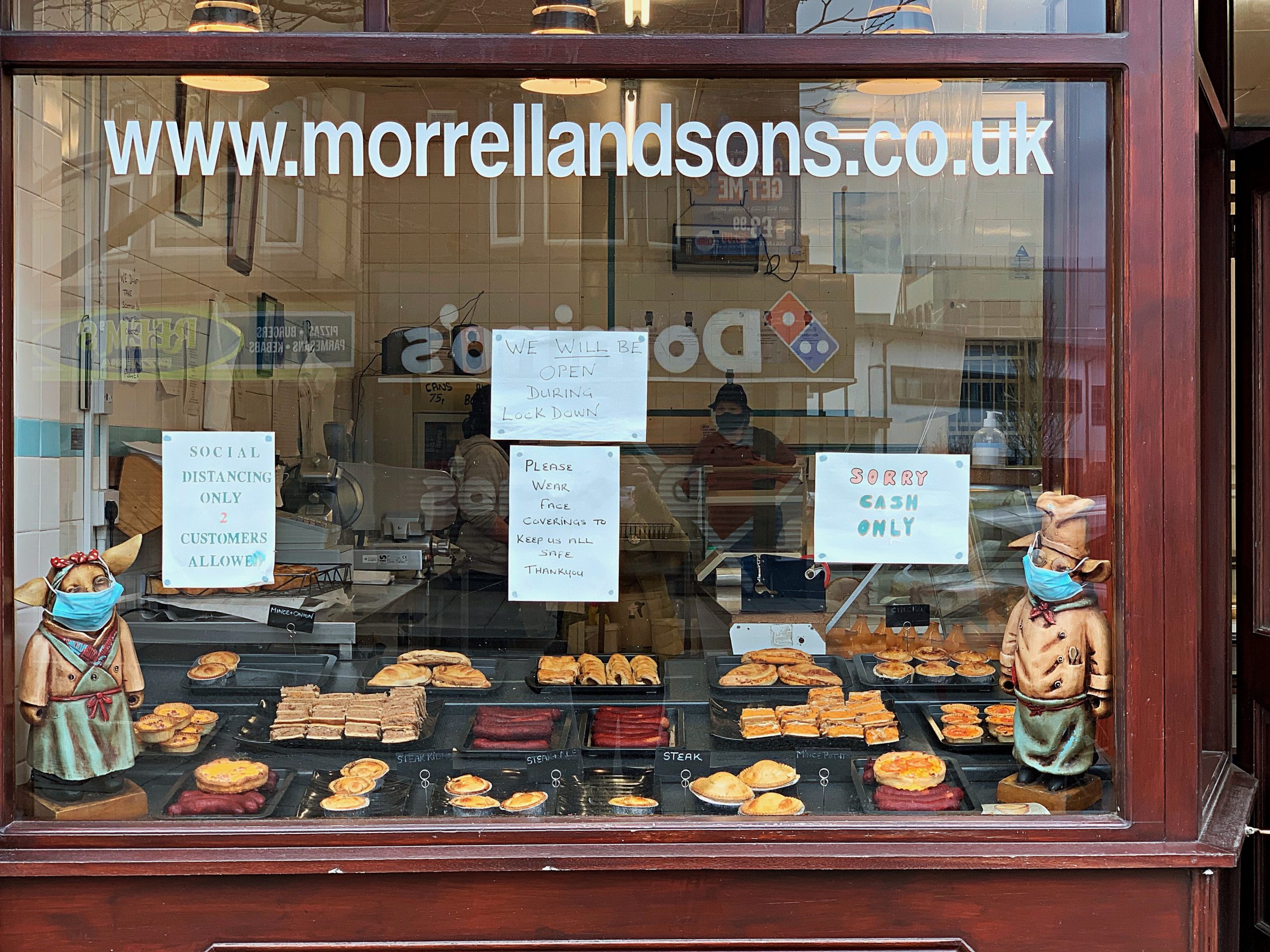 At the Pie shop I asked the lady behind the counter ‘Will you be voting in the by-election?’.

‘Oh no. I’m not interested in politics. Besides none of them are from here.’

‘Where are they from?’

‘Ooh it must be ten mile away’.

It’s hyper-local. Hartlepudlians will only vote for Hartlepudlians. Independents stand a good chance. One candidate is on the sex offenders register and said: “offenders should be allowed to aspire to high things because that is rehabilitation”.

Charity shops and beauty parlours were some of the few places open, apart from a pork pie shop which also sold orange juice in milk bottles, a blast from my childhood. 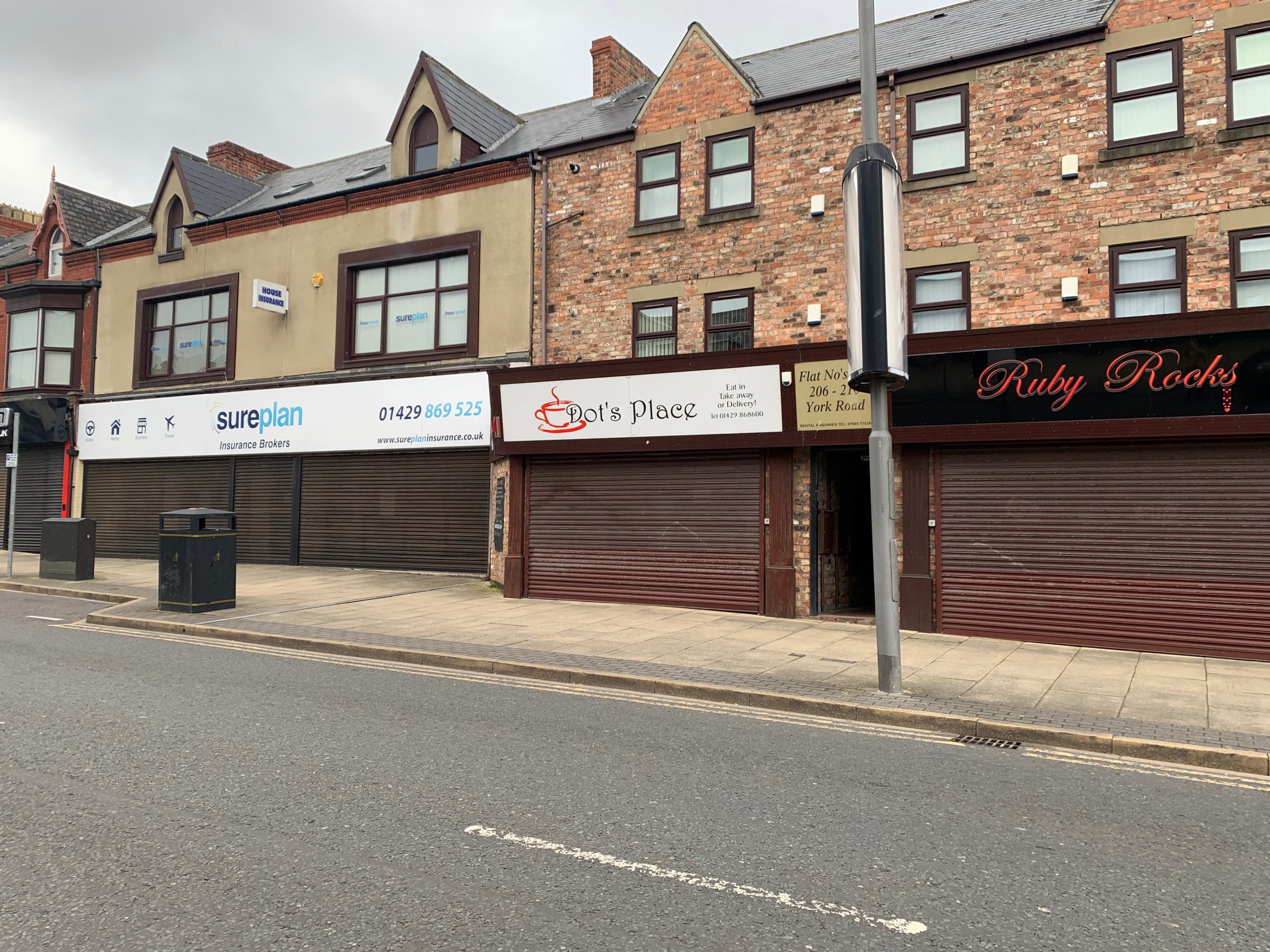 I sensed resignation from local people. They’ve voted Labour for 40 years and nothing has changed, so lets give the Conservatives a go.  Although one older man said: ‘Look at how Hartlepool has changed! Look at all the money spent!’. I glanced around. ‘Ooh it’s much better now than it used to be’. 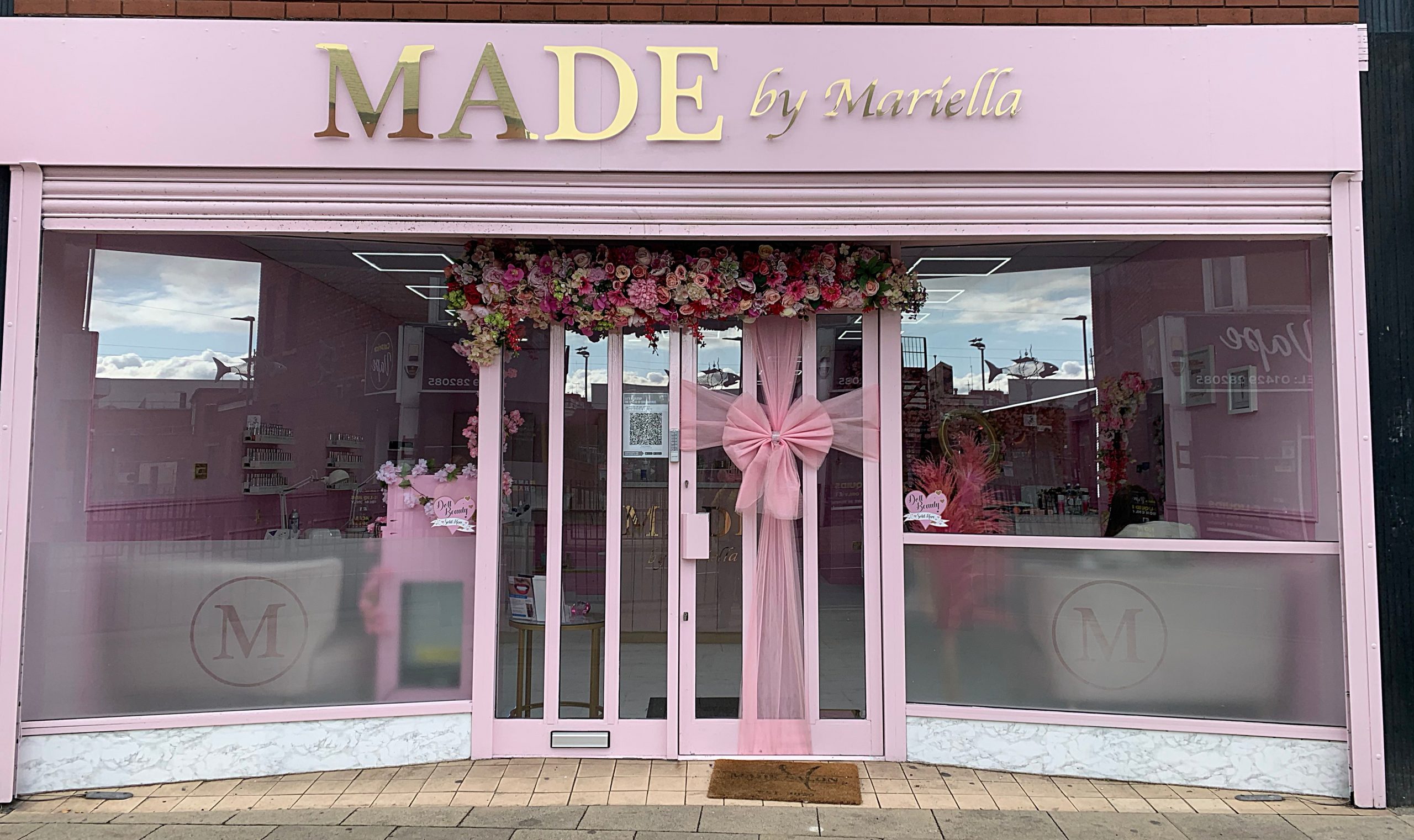